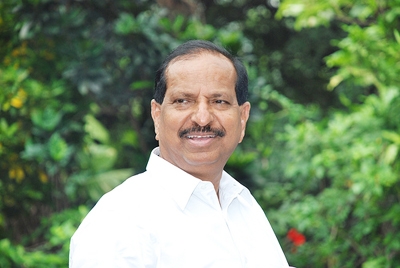 This move is significant in view of the fact that the Naik-controlled Navi Mumbai Municipal Corporation (NMMC) goes to polls in April 2015.

Rumours have been afloat for quite some time, after the Assembly elections, that Naik is looking for greener pastures in BJP after he lost the election to his bête noire Manda Mhatre by a narrow margin.

Naik has been virtually lording over Navi Mumbai for close to two decades – first as a Shiv Sena leader and later as an NCP Minister. His elder son Sanjeev Naik became the first and country’s youngest Mayor of Navi Mumbai Municipal Corporation (NMMC). His nephew Sagar is presently the Mayor.

NCP Corporators and other workers Thursday met at an auditorium at Vashi and they were expecting Naik himself to turn up and make the announcement. But the former minister did not turn up. Sanjeev and his younger brother Sandeep, MLA from Airoli, too attended the meeting, but they sat among the audience.

Some corporators who spoke at the meeting urged Naik to desert NCP and join BJP. Sanjeev later said he would convey the feelings of NCP workers to Naik. He also advised party men to be disciplined and restrain themselves from making any adverse remarks against NCP leaders.

Observers say this orchestration was done manly to set the ground for Naik’s honourable exit from NCP.

On Manda Mhatre’s part, she quit NCP and joined BJP opposing Naik’s style of functioning by perpetuating family rule. She also openly opposed what she called Naik’s dictatorial attitude. Riding on the Modi wave, Mhatre won votes from all strongholds of Naik, except perhaps for one ward in Vashi.

Asked to comment on today’s developments, she told FPJ, “I am not aware of what others are doing. I am interested more in my work for the people.”

Sources in BJP, however, said the party is bound to consult her before taking any decision on admitting Naik or politically rehabilitating him since she snatched the Belapur Assembly seat from Naik. On the contrary, Naik camp says he is in touch with BJP high command in Delhi.

Ganesh Naik’s political ambitions have been quite well-known. He was also a strong contender for the Chief Minister’s post and even tried to topple Manohar Joshi in the 1995-96. Late Sena supremo Bal Thackeray upset Naik’s plans and eventually sacked the minister when he refused to resign.

FPJ wrote on October 19: Naik’s loss should also be seen in the context of the civic polls due early next year as the changed political equations are bound to impact the family fortunes and his control over the city. The urban areas where he commanded support over the past 14 years have voted for BJP in both the Lok Sabha and Assembly elections.