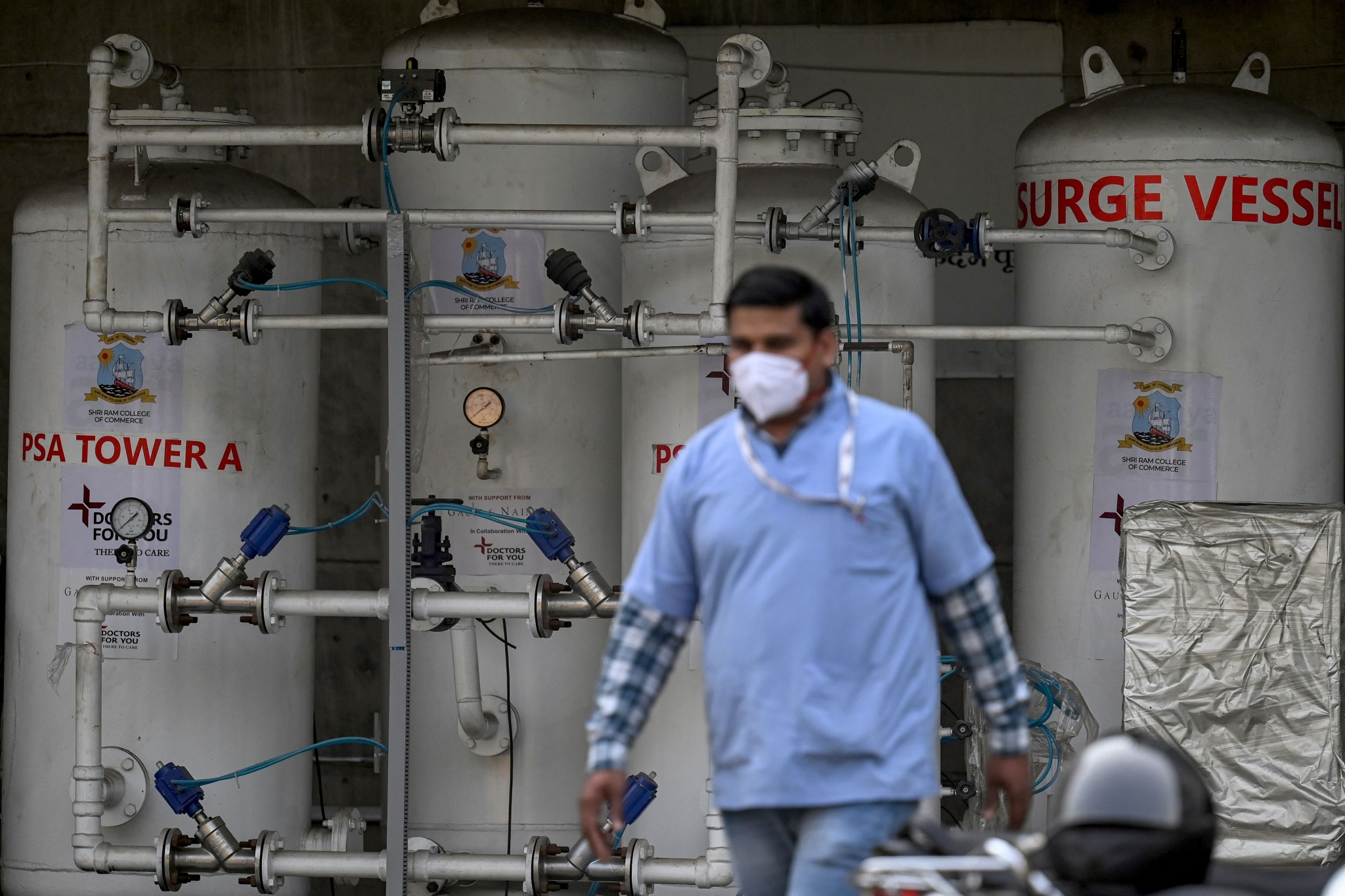 A man walks past an installation to produce oxygen inside the temporarily converted Covid-19 coronavirus care centre at the Commonwealth Games stadium in New Delhi on December 22, 2021. | (Photo by Money SHARMA / AFP)

In a massive surge, Delhi on Sunday recorded 3,194 fresh Covid cases, the highest single-day rise since May 20, and one death while the positivity rate mounted to 4.59 per cent, according to data shared by the city's health department.

Sunday's tally of coronavirus cases was 17 per cent higher than the figures registered a day before.

The daily case count on Sunday breached the 3000-mark after a gap of over seven months, as 2,716 new cases were logged with an increased positivity rate of 3.64 per cent, as per the latest health bulletin.

This rise is the highest since May 21 when 3,009 cases were recorded with a positivity rate of 4.76 per cent, while 252 deaths were also reported on that day.

The huge spike in fresh cases in the span of the last few days in Delhi is being recorded amid a significant jump in cases of new Omicron variant of Covid in the city.

The death toll due to coronavirus in the city has risen to 25,108.

On Wednesday, Tuesday and Monday the daily cases tally had stood at 923, 496 and 331, respectively, as per official data.

Over 14.19 lakh patients have recovered from the infection.

Nine COVID-19 deaths were reported in the city in December last year, and seven in November, according to official data. Delhi had recorded four Covid deaths in October and five in September.