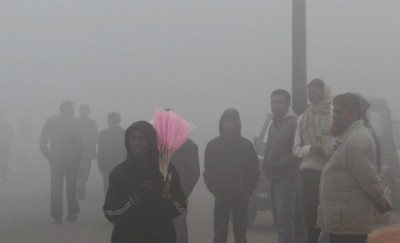 New Delhi: Delhi recorded the coldest day of the season on Wednesday, with the minimum temperature settling at 7 degrees Celsius, a notch below normal.

The maximum temperature was recorded at 18 degrees Celsius, five notches below normal, an official of the meteorological department said.

The humidity levels oscillated between 97 and 61 per cent.

The weatherman has forecast partly cloudy skies with severe cold wave in the national capital for Thursday morning with shallow fog in various places. The maximum temperature is likely to hover around 19 degrees Celsius.

"Cold day conditions are likely to abated from Thursday onwards and there will be increase in maximum and minimum temperature over Delhi-NCR as western disturbance will start affecting over plains of North West India from December 20," the Met official said.

The air quality of Delhi remained in the 'poor' category and was recorded at 292 at 4 PM.