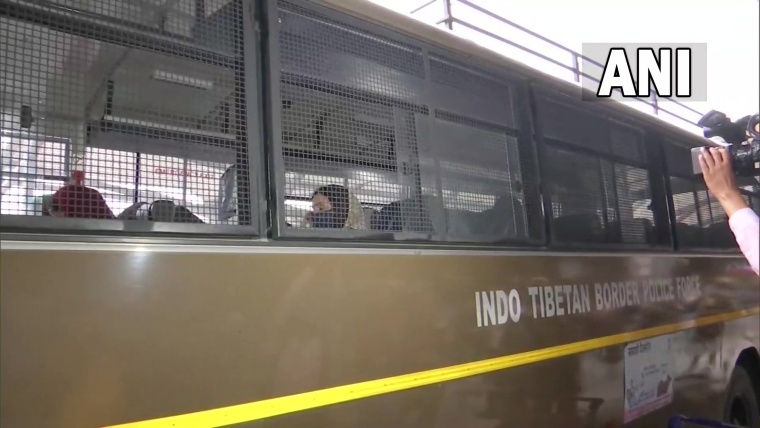 Even though many Indian nationals are being brought back to India from Afghanistan after Taliban's take over on the nation, COVID pandemic has not ended yet. With a slew of evacuees landing at Delhi airport everyday there is a concern of the virus spreading more as pandemic is not over yet, however Ministry of Health and Family Welfare on Tuesday said that all the evacuees will have to undergo mandatory 14-day institutional quarantine at ITBP's Chhawla Camp in Delhi.

On the other hand, ITBP said that first batch of 81 people evacuated from Afghanistan will be quarantined and those tested positive for virus will be later shifted to dedicated COVID-19 hospitals.

Meanwhile, India on Tuesday brought back 78 people, including 25 of its nationals and a number of Afghan Sikhs and Hindus from Dushanbe, a day after they were evacuated from Taliban-besieged Kabul to the Tajik city.

The group along with three copies of the Sikh scripture, Guru Granth Sahib, was airlifted from Kabul to Dushanbe by a military transport aircraft of the Indian Air Force on Monday. With Tuesday's evacuation, the number of people brought back to Delhi reached over 800 since August 16 when the first group was airlifted from Kabul, a day after the Taliban seized control of the Afghan capital city.

The evacuees were received at the Indira Gandhi International Airport by Union ministers Hardeep Singh Puri and V Muraleedharan.

On Monday, India brought back 146 of its nationals to Delhi in four different flights from the Qatari capital Doha, days after they were evacuated from Kabul by NATO and American aircraft.

India has stepped up efforts to evacuate its citizens as well as its Afghan partners from Kabul in view of the deteriorating security situation in the Afghan capital and other parts of the country after the Taliban swept to power last week.

The Taliban seized control of Kabul on August 15. Within two days of the Taliban's capture of Kabul, India evacuated 200 people, including the Indian envoy and other staffers of its embassy in the Afghan capital. The first evacuation flight brought back over 40 people, mostly staffers at the Indian embassy on August 16.

The second aircraft evacuated around 150 people including Indian diplomats, officials, security personnel and some stranded Indians from Kabul on August 17.

India carried out the evacuation missions in coordination with the US and several other friendly countries.

The Taliban swept across Afghanistan this month, seizing control of almost all key towns and cities, including Kabul, in the backdrop of the withdrawal of the US forces. At least 626 people, including 228 Indians evacuated from Afghanistan till now: Hardeep Singh Puri