Tewatia vs Russell: Who hit the better sixes?

Yes, I am parochial. To me the Rahul Tewatia sixes were far more unexpected, far more spectacular, and far more memorable than Andre Russell’s four sixes in the final over against Kings XI Punjab, earlier this week.

Tewatia’s lofted beauties were the stuff legends are made of. To be honest, I was cursing under my breath as I watched Tewatia play the “the worst 20 balls” of his career, wondering why he had been promoted to two-drop in a 223 run chase. Out of the eight balls he had faced from Bishnoi, six were dot balls. With 51 needed of 18, and Sanju Samson gone, I was just about to switch off the telly when Sheldon Cottrell came into bowl the 18th over. And then Tewatia exploded. Boom, boom, boom!!! The Haryana youngster from village Sihi fired (and how!): swung, pulled, lofted, hooked … and what a joy it was to see, and behold! Actually it was the sheer sudden-ness of the assault, and the audacity of it, rather than the ferocity of Tewatia, that took everyone by surprise.

Andre Russell too was terrific. But then the giant West Indian has a long history of great performances. His ready for the hit bat-lift, the arched bat-swing, the weight-shift from one foot to another, the slight knee-bend and then a 400-pound whack to the white ball is a precision drill that is unvarying in its execution, and desired results. In the Dubai IPL, 153 sixes had been hit in the first 10 matches; by the 13th game, the number was 191. So the number of sixes per match is increasing, at an increasing rate. Good batsmen, basically, have de-constructed and perfected the art of sky-hitting 70- metres plus plus sixes almost on demand. Which is why 200+ team totals are do-able, and then beatable, if the batting sides have the grit, the tenacity and the determination. And a Russell in their ranks.

But back to Tewatia. Last year, playing for the Delhi team, he actually had to accost team coach Ricky Ponting to remind him of the 4 catches he had taken in the match against Mumbai Indians, in the post match team meeting where Ponting forgot to acknowledge his contribution. So hungry was he for recognition. Now, atleast that will not be an issue for the young David … a Kapil Dev in the making, I am sure! Mumbai Indians skipper Rohit Sharma on Thursday became the third batsman to register 5,000 runs in the IPL (191 matches), next only to Virat Kohli and Suresh Raina. Sharma top scored with 70 in the match against King’s XI; which with his match-clinching 80 against KKR at Abu Dhabi earlier in the week, means Sharma is back in good nick after the long lockdown blues (and he seems to have shed quite a few pounds too in the past two weeks!). So, it is not surprising that Sharma boarded the plane to Dubai with 9 bats in his kit bag! And is making good use of his prized arsenal. ‘Ro’ Sharma says his usual bats last 3-4 months, but in the punishing IPL 20- 20 format, they wear-out or break in a month or two, given all the practice sessions and the innovative shots. And, you may add the famous (and enormous) Sharma sixes to that, which must really take their toll on the willows.

“Chennai ke batsman simply not getting going. Glucose chadwaake aana padega next match se batting karne”, tweeted Virender Sehwag after CSK crumbled against the Delhi Capitals. Love Sehwag’s humour! I kind of agree with Jimmy (Mohinder) Amarnath. Commenting on the IPL matches sans fans, Jimmy posted recently on his FB page, “… without crowds support it’s like having champagne without bubbles or food without salt”. The sounds overlayed on the TV commentary look (and feel) unreal when the ball races over the boundary line to rousing spectator sounds but you actually see the barren stands sitting empty in ghostly loneliness. I don’t know if the sound feed is inserted by the BCCI or by the Star TV team: but whoever is doing it, is doing it without adequate finesse and precision. The end result is pretty shoddy.

I am missing the cheer leaders too. The pre-recorded ones shown on television screens are no substitute for the real thing. So Hardik Pandya did the best in the given situation - the cricketer took to social media to post a photo of his son Agastya and wife Natasa wherein the mother-son duo were seen wearing the Mumbai Indians jerseys while watching IPL on their home television screen, cheering for him. But in the competitive social media world of today, Pandya may have more profound designs than just cheerleading for Agastya: Taimur Ali Khan has already progressed to kindergarten and the toddler slot for cutest munchkin is currently vacant! C’mon Agastya go for it! The opening week at the IPL, meanwhile, garnered 269 million views as per the BARC Report. Out of this, 147 million viewers came from urban markets while 122 million were from rural markets. Female viewership stood at 43%, male viewership at 57%. There was high engagement among fans, despite one less match in the first week compared to 2019, and fewer channels compared to last year, as viewing minutes (60.6 billion) went up by 15% and average impressions per match (39 million) grew by 21%. Pretty good going, that. And the numbers will continue to climb with more and more 200 (or close) scores getting posted, and chased. The 43% female viewership also justifies why the likes of Nestle Ceregrow, a fussy kids nutritional supplement, is using an unlikely media vehicle like cricket to target mothers.

I don’t know which look I prefer: Akshay with a moustache, or him without it? In PolicyBazaar the moustache is thick and heavy. In Berger it is both there, and not there. In Kurkure it is fully missing. In Harpic too the upper lip is squeaking clean. So, the score currently stands at 2.5-1.5 in favour of the clean look. I am keeping count as the IPL progresses.

The honours for the best ads in the past week were shared equally by Lenskart (girlfriend) ad and JSW Paints. The Lenskart ad is really funny, and cute. In JSW Ayushmann kind of makes up for the tepid Polycab narrative I had mentioned last week. The JSW ad is beautifully shot, caresses the painted surfaces and imparts class and credibility to this new entrant in the decorative business. Well done, guys!

Can’t however say the same about VI. The new avatar of Voda-Idea has kind of decided not to take anything of the best of its original masters. The VI advertising is BAD. Looks like a 2G ad from the 80s, with graphics that look as if they were rendered on the first Apple Steve Jobs handassembled! Terrible!

Last but not the least, I wonder why TVS used Big B and Dhoni in the teasers at the start of the IPL, and now the actual product ads (including the racing version) seem not to have neither of them? Is this some decelerating advertising strategy? Brands, as they say, have their reasons …

The writer is a seasoned strategist, and communications expert. He was Group CEO of Zee Telefilms and Founder Chairman of Dentsu India. 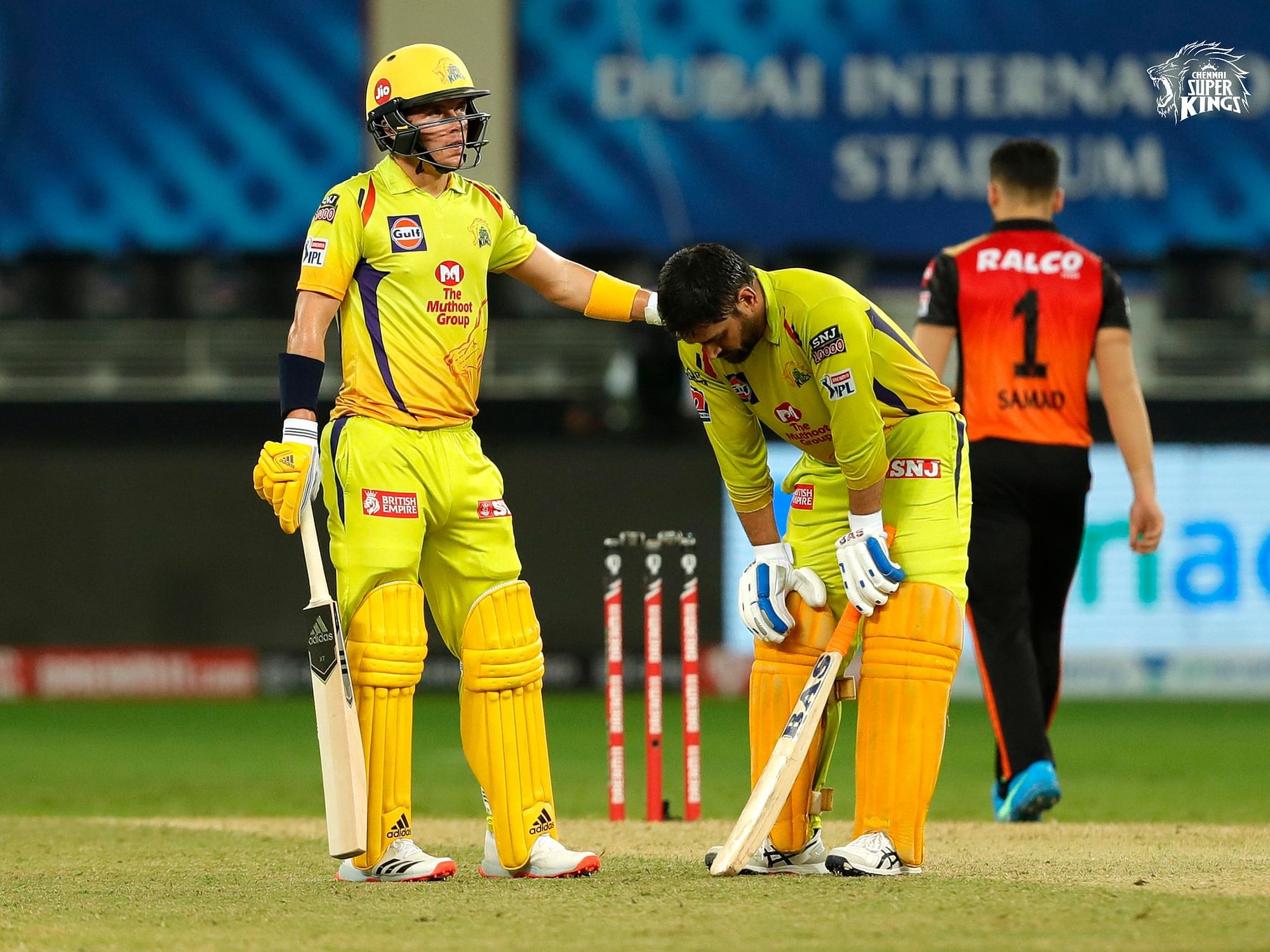 HomeSportsCricketTewatia vs Russell: Who hit the better sixes?

BharatPe back on track after Ashneer controversy, records 112% growth