Shane Watson, after scoring a century in IPL 2018 final against Sunrisers Hyderabad, which led Chennai Super Kings to its third title, raised high hopes for the Kings yet again as he went after pacer Lasith Malinga in the 16th over, and took 20 runs.

Watson scored a valiant 80 but Chennai still ended up on the losing side. Chennai Super Kings spinner Harbhajan Singh has now revealed on his Instagram account that his teammate Shane Watson batted with a bleeding knee in the IPL final against Mumbai Indians. 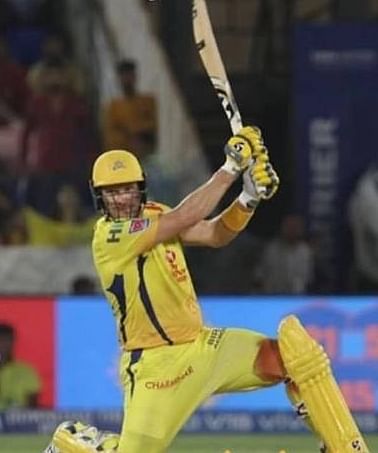 “Can you guys see the blood on his knee…he got 6 stitches after the game..got injured while diving but continue to bat without telling anyone. That’s our @srwatson33 Almost pulled it off for us last night,”

Chennai Super Kings restricted Mumbai Indians to a score of 149 on Sunday. But, even after a good and confident start, the team failed to chase down the total. Watson was run out by a Krunal Pandya throw when five runs were needed from three balls.

Then, Lasith Malinga’s experience came in handy as he dismissed Shardul Thakur off the last ball to crush Chennai’s dreams of winning a second successive IPL title. Watson, who tried his best to get the team through, ended the season with 398 runs from 17 innings.

Rajasthan: 5 arrested after 3 sisters and their 2 children die by suicide over dowry

Mira Bhayander: Rains around the corner but MBMC yet to complete desilting work