India's head coach Rahul Dravid had no hesitation in admitting that the ODI squad lacked balance with the likes of Hardik Pandya and Ravindra Jadeja unavailable to execute their all-round skills at numbers six and seven respectively.

India lost the three-match ODI series 0-3 and Dravid answered a range of questions covering the poor show in middle-overs both in batting and bowling, KL Rahul's nascent captaincy career and how Venkatesh Iyer is not being thought of as a top-order batter.

"Yeah, we understand the template. Obviously, a large part of the template is also dependant on the balance of your squad," Dravid replied when asked if the Indian team needs to revisit its template in 50-over cricket.

"I think if you are a little bit honest, some of the guys who help us balance the the squad out and give us those all-round options at Nos 6, 7 and 8 are probably not here, and available for selection," Dravid said, clearly talking about the absence of Pandya, who is trying to get his bowling fitness back and Jadeja, who is recuperating from a knee injury.

"Hopefully, when they (Hardik and Jadeja) come back, it will give us lot more depth, it allows us then to probably play in a slightly different style," Dravid made it clear as to what he missed in the series.

Dravid's assessment of his namesake's leadership skills was pretty lavish as he wanted people to factor in that he could only do as much with the kind of squad he had at his disposal.

"I thought he did a good job. Not easy to be on wrong side of the result. He is just starting out as captain," he said.

"He will learn and a large part of captaincy is execution of skills by your players and quality of side you have got. We were a little bit short on the ODI side of things and I thought he did a very decent job, someone who is growing and will constantly be improving and get better as a captain."

There was no denying that India's batting lacked momentum in all three games especially between overs 20 to 40.

"We certainly could do better with batting in middle overs," Dravid said.

"But having said that, even South Africa who batted first on two occasions scored 290 as well and if I think back and look at the 30th over in both those games, we should have chased them down.

"We didn't because we played some poor shots and we didn't play some smart cricket at critical situations," he said without naming anyone.

Dravid isn't someone who believes in taking names but when he spoke about demanding performances in lieu of security and extended run given to some middle-order batters, he obviously meant Shreyas Iyer and Rishabh Pant.

But then came the actual rider.

He also reminded that people like Shreyas need to put their hand up and perform considering that their is so much competition for slots.

"Whether you bat 4, 5 or 6, you have got to know what the team's requirements are. Shreyas has gone in pretty early in all three games and he has had enough time (out there in the middle).

"We know guys have done well and we would like to back them as much as possible. Sometimes they would have good tours and sometimes, it won't be possible, that's just the way it is.

"Obviously, there tends to be a lot of competition, people pushing for places and its not easy in that kind of a situation," he said.

Dravid was clear about one thing and that's Venkatesh Iyer will have to fit himself in the middle-order if he wants to play white ball cricket for India.

Venkatesh, who made a stunning entry into national side on the basis of half an IPL and that too opening the innings for KKR, the Indian top-order is all but set, indicated head coach.

"Idea is to develop people like Venkatesh Iyer as sixth bowling option. Whether its Venkatesh or whether its Hardik when he potentially comes back and we have got option of someone like a Jadeja, who can potentially bat at No 6 in certain times when he is back, that will give us a lot more options," Dravid hinted.

He made it clear that Venkatesh has been communicated his role in the team.

"It can happen if you are sixth bowler in a team, you are not required to bowl. We have been clear with him that in our team with number of options we have, he has batted at the top of the order for KKR, in our team we are looking at No 6, someone who can be that sixth bowling option.

"That was the kind of role we had for him over here, we have quite a few options at the top of the order and when someone like Rohit comes back, there aren't too many spots open in 1, 2 or 3." 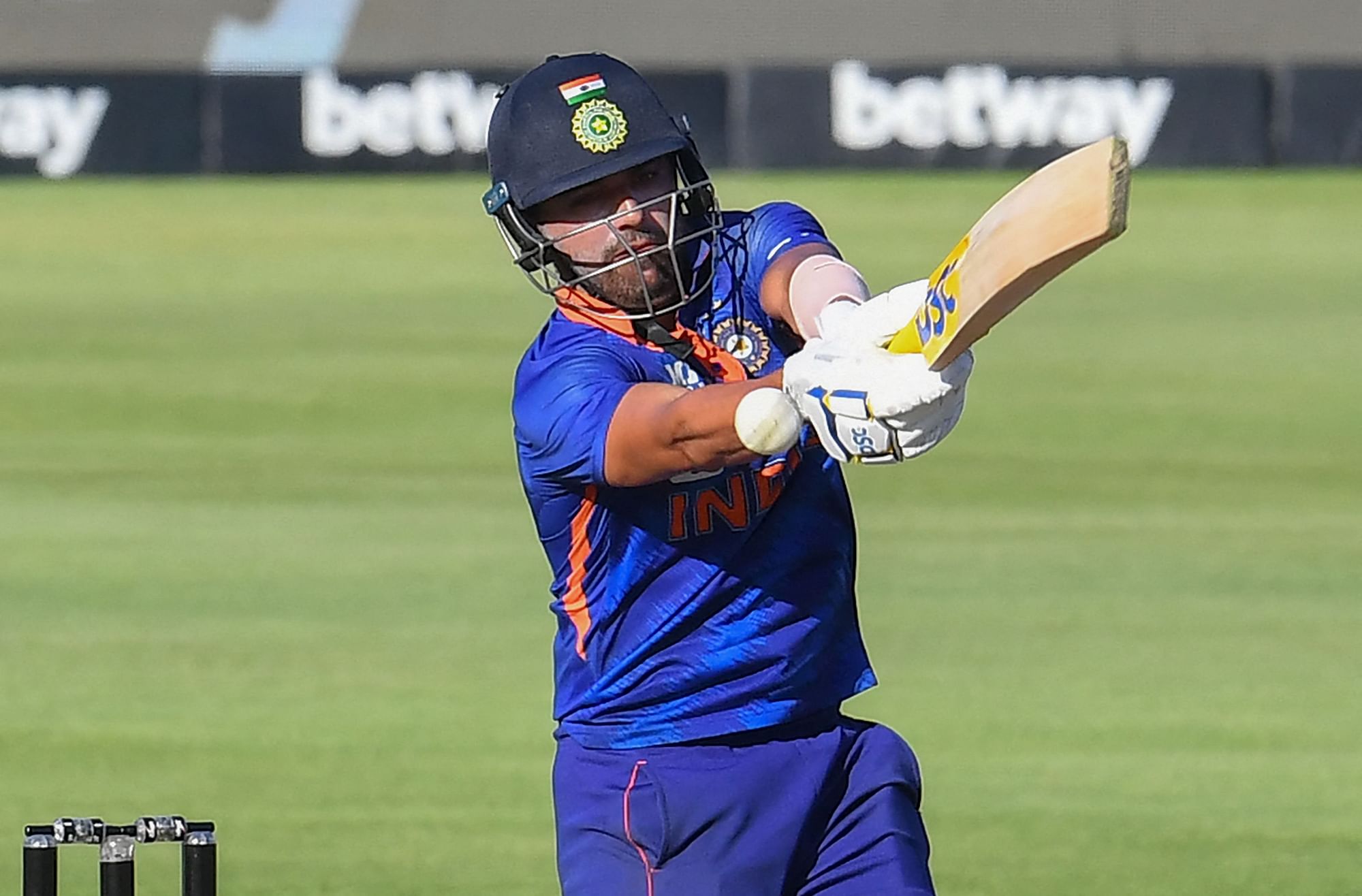