Rahul Tripathi and Aiden Markram then stuck a much-needed partnership 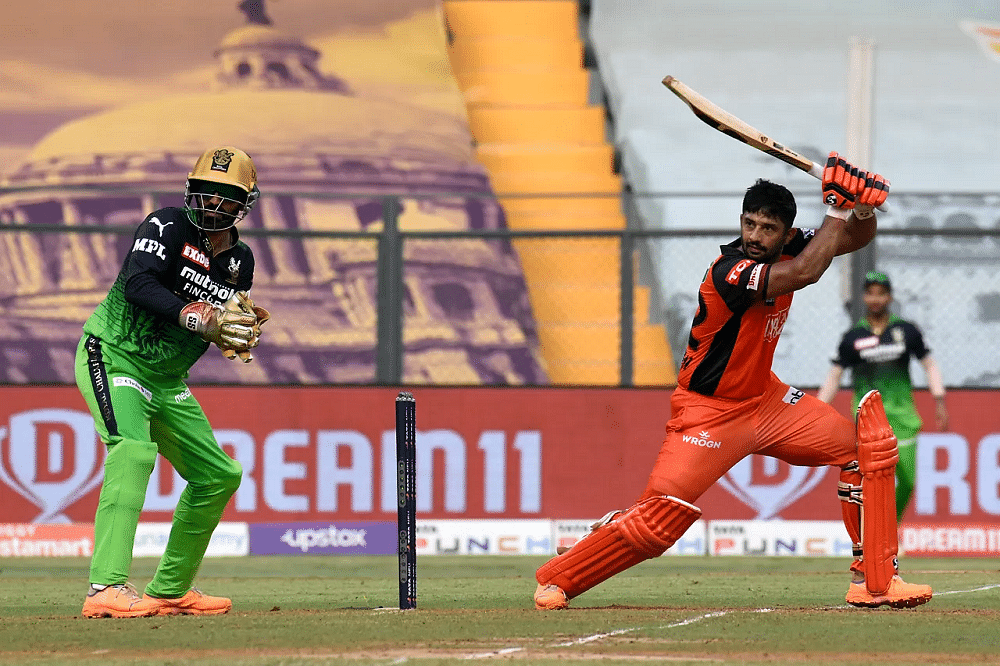 Chasing a challenging 193 SunRisers Hyderabad got off to the worst possible start as skipper Kane Williamson for a golden duck as he was run out by Shahbaz Ahmed. Four balls later Glenn Maxwell dismissed in-form Abhishek Sharma for a duck to leave SRH tottering at 1 for 2.

Rahul Tripathi and Aiden Markram then stuck a much-needed partnership. In the eighth over the duo notched up a 50-run partnership and also took the team's total beyond the 50-run mark.

The 50-run partnership was broken by Wanindu Hasaranga for 21 off 27 balls. Nicholas Pooran joined Tripathi and the duo scored runs at a brisk pace but still, it was not good enough as the required run rate kept increasing.

The 38-run partnership between the two was broken as Hasaranga took his second wicket of the match. Jagadeesha Suchith then joined Tripathi at the other end as SRH reached the triple-figure mark in 13.1 overs.

Rahul Tripathi went on to score his half-century off 32 balls. Suchith was dismissed for only 2 as Hasaranga took his third wicket to leave Hyderabad in trouble at 104/5.

In the next over RahuLTripathi was dismissed by Josh Hazlewood for a well made 58 off 37 balls. In the next ball, Hazlewood dismissed Kartik Tyagi for a golden duck to leave Hyderabad tottering at 114/7.

Hasaranga in his next over struck twice dismissing Shashank Singh and Umran Malik off consecutive balls to take his tally to five wickets in the match.

In the last over Harshal Patel was dismissed by Bhuvneshwar Kumar for 8 to bowl out SunRisers Hyderabad for 125 in 19.4 overs as RCB registered a comprehensive 67-run win.

Earlier in the day opting to bat first after winning the toss Royal Challengers Bangalore got off to a terrible start losing talisman Virat Kohli for a golden duck in the very first ball of the match as slow left-arm orthodox bowler Jagadeesha Suchith dismissed him.

Captain Faf du Plessis and Rajat Patidar then joined hands and stitched a partnership to score 47 runs in the first six overs of the powerplay. In the seventh over the duo notched up a fifty-run partnership.

The partnership carried on and took the team's total beyond the triple-figure in just 11.4 overs and in-process captain Faf du Plessis went on to score his half-century in just 34 balls.

Glenn Maxwell then joined his captain and the duo kept scoring runs at fast pace to take RCB's total beyond the 150-run mark in just 17.2 overs. Maxwell-du Plessis also notched up a fifty partnership in only 33 balls.

The 54-run partnership was broken when Kartik Tyagi dismissed Maxwell for 33 off 24 balls hitting three fours and two sixes.

Dinesh Karthik walked in to bat and went berserk right from the word go scoring an unbeaten 30 off eight balls hitting one boundary and four sixes to guide RCB to a 192/3 in 20 overs. Faf Du Plessis remained unbeaten on 73 off 50 balls. 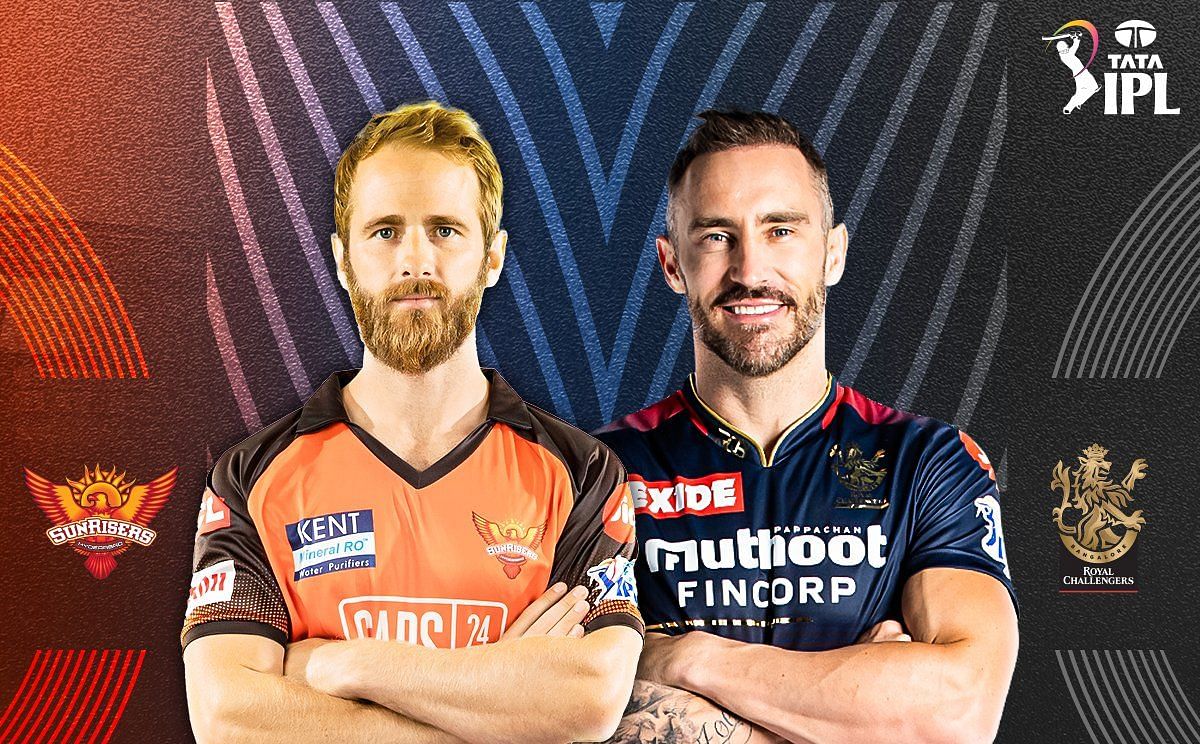