Slower ones, a jaw-dropping catch by Samson, and a direct-hit by Parag highlight Rajasthan's all-round performance at Wankhede

It was by far the best all-round performance by any team so far at the Match 7 of the Indian Premier League here at Wankhede Stadium. 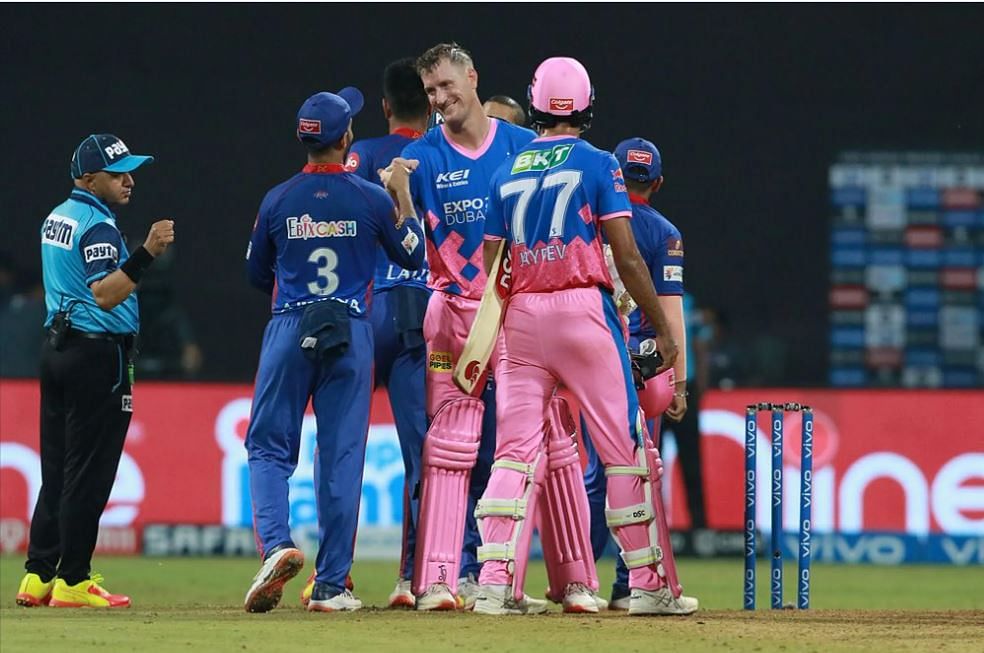 IPL 2021, RR vs DC Live Streaming: Worthy Morris makes a statement as he snatches game away for RR...

Captain Rishabh Pant's blistering 32-ball 51, studded with nine fours, was also cut short thanks to a sharp direct hit by Riyan Parag. DC could only post a modest total after being put in to bat.

DC made a disastrous start as they were two wickets down for 16 runs in the fourth over with Unadkat dismissing the opening duo of Shaw (2) and Dhawan (9) cheaply.

DC were 36 for 3 at the end of power-play but the slump continued as Marcus Stonis (0), foxed by a Mustafizur Rahman (2/29) delivery, checked his shot at the last minute to offer a running catch to Jos Buttler.

The run rate started increasing once captain Pant came to the crease but still DC were 57 for 4 at the halfway mark.

Once he had a full measure of the pitch, Pant opened up and hit four boundaries, three of which were consecutive, to take 20 runs from the 11th over bowled by Rahul Tewatia.

Pant, in excellent form this year, reached to his fifty off 30 balls in the 12th over, with a four off Mustafizur but he was run out the next over with bowler Riyan Parag's throw crashing onto the stumps.

After Pant's exit, Tom Curran gave some respectability to the DC innings with a 16-ball 21.