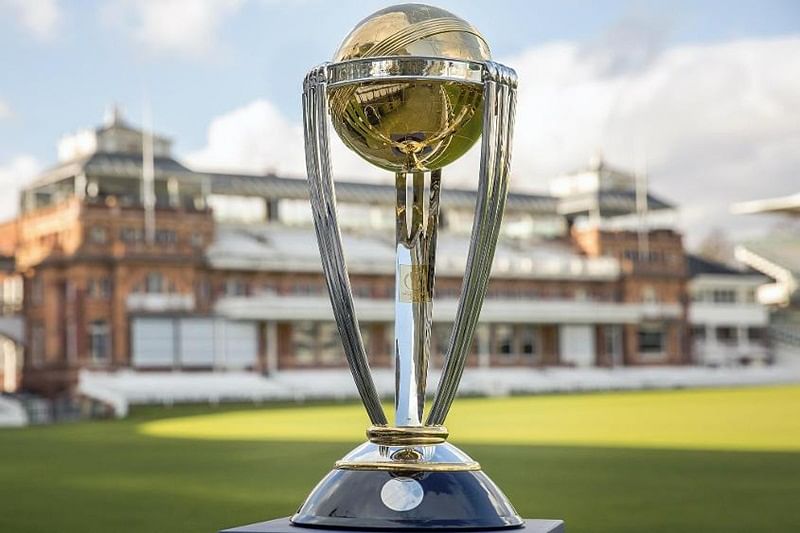 Dubai: As the 10 teams prepare for the Cricket World Cup to be held in the UK across 11 venues, the International Cricket Council (ICC), on Thursday, named its top 10 matches so far. Australia v West Indies (1975) West Indies and Australia produced the final that stands the test of time as one of the tournament’s greatest. The Lord’s was the stage and scorching midsummer weather meant the crowds were spilling out of the bleachers, young fans romping onto the outfield with every boundary struck. Clive Lloyd played the captain’s innings, hauling West Indies from 50/3 into the ascendancy thanks to a brutal century in a 149 fourth-wicket stand with Rohan Kanhai. Despite an electrifying run-chase, solidified by Ian Chappell’s 62, Australia fell 17 runs short of a target of 291 – ousted by Viv Richards’s excellence in the field as he executed three straight runouts.

India v Zimbabwe (1983) India sunk to 17/5 in a top-order totter to match all others and it seemed their signal victory over reigning champions West Indies in the opening game would go to waste. But skipper Kapil Dev smote 175 from 138 balls, somehow taking his side up to 266 and setting a stern run-chase for Zimbabwe. Madan Lal and Dev turned the screw with the ball, earning a remarkable victory and setting the tone for a campaign that would end in India lifting the World Cup trophy at the Lord’s a fortnight later. India v West Indies (1983) You cannot beat a low-scoring thriller and one of the classics of the genre came on the biggest stage – the World Cup final 36 years ago. The vaunted West Indies bowling attack suffocated India with swing, seam and pace with Andy Roberts taking three for 32 and Malcolm Marshall and Michael Holding two scalps each. Knocking off 184 seemed an elementary task but Viv Richards’s side faltered, failing to live up to the favourites tag that saw them victorious in the first two editions of the tournament. Madan Lal and Mohinder Amarnath were chief tormentors as the great cricketing power of the era was brought to its knees in front of 30,000 at the Lord’s.

Australia v India (1987) With the World Cup venturing away from familiar English climes for the first time since its inception, a thrilling opening game was needed to prove India could be equally fine hosts. But none of the thousands who packed into the ground in Madras could have envisaged just how closely matched the two nations would be. Australia silenced the home crowd with a commanding effort with the bat, Geoff Marsh carved out 110 and asked India to chase down 270. For every Indian wicket that fell, a commanding partnership followed in a compelling push-pull encounter but the heroics of Navjot Sidhu (73) and Krishnamachari Srikkanth (70) proved in vain and a one-run loss. Australia vs West Indies (1996) This game marked the passing of one cricketing dynasty and the birth of another as West Indies were stopped at the semi-final stage for the first time ever by Australia. Richie Richardson, bowing out of one-day cricket at the end of the tournament, would have been rubbing his hands when Australia slumped to 15 for four.

But even as Stuart Law and Michael Bevan led a recovery to 207, West Indies looked like they had more than enough as Shivnarine Chanderpaul careered them to 165 for two. Then came a batting collapse of epic proportions, seven wickets fell for 29 runs and Australia reached their first final in nine years. Australia v South Africa (1999) Nine runs were needed with just one over remaining. It seemed a simple equation separating South Africa and the World Cup final. Yet what followed was an art form of indecision and drama that saw them miss out on a first-ever final. Shaun Pollock (5-36) restricted Australia to post 213. Jonty Rhodes and Jacques Kallis combined to leave South Africa needing one run to win with one wicket left. But when Lance Klusener bunted to mid-off, Allan Donald did not hear his call for a quick single. Wicket-keeper Adam Gilchrist whipped off the bails and Australia wheeled away. India vs Pakistan (2003) Great rivals India and Pakistan produced a superb encounter and those present in Centurion saw three players at the peak of their powers. The first was Saeed Anwar, who flicked and forced his way to a century to keep his team in the contest by posting 273/7.

Sachin Tendulkar, once again, produced one of his best one-day innings to guide his side to victory. But many will remember the game for the sheer venom of Shoaib Akhtar’s bowling, dismissing Tendulkar two shy a century. England v Ireland (2011) In the history of the World Cup, no single name has ever been so deeply intertwined with one match as Kevin O’Brien is. The first half of the game between England and Ireland saw Kevin Pietersen, Ian Bell and Jonathan Trott firing England to 327/8, a total no side had ever previously chased down. O’Brien (113 off 63 balls), without a half-century in nine World Cup knocks, smashed 13 fours and six sixes to upset the steepest odds. It was the fastest century in the tournament history and an innings that may never be bettered for its sheer significance to the Irish cricketing story. England v India (2011)

The 2011 clash between host nation India and England in Bangalore saw little master Sachin Tendulkar caressing his way to 120 runs which set a towering 339 to chase. In reply, Andrew Strauss compiled 158 before Graham Swann and Ajmal Shahzad guided England to a thrilling tie. New Zealand v South Africa (2015) South Africa, again in search of a first showpiece appearance, had their foot in New Zealand’s throat for the most part as Faf du Plessis and AB De Villiers dragged their side to 281/5. The team saw the full force Kiwis side during the run-chase. Brendon McCullum as the skipper slapped 56. But it was Grant Elliott (84 not out), who saved the innings. With five runs needed from two balls, Elliott smashed Dale Steyn for six over mid-on to enter the finals. The 12th edition of the World Cup is scheduled to take place in the United Kingdom from May 30 to July 14. England will play against South Africa in the curtain-raiser at The Oval in London. (ANI)