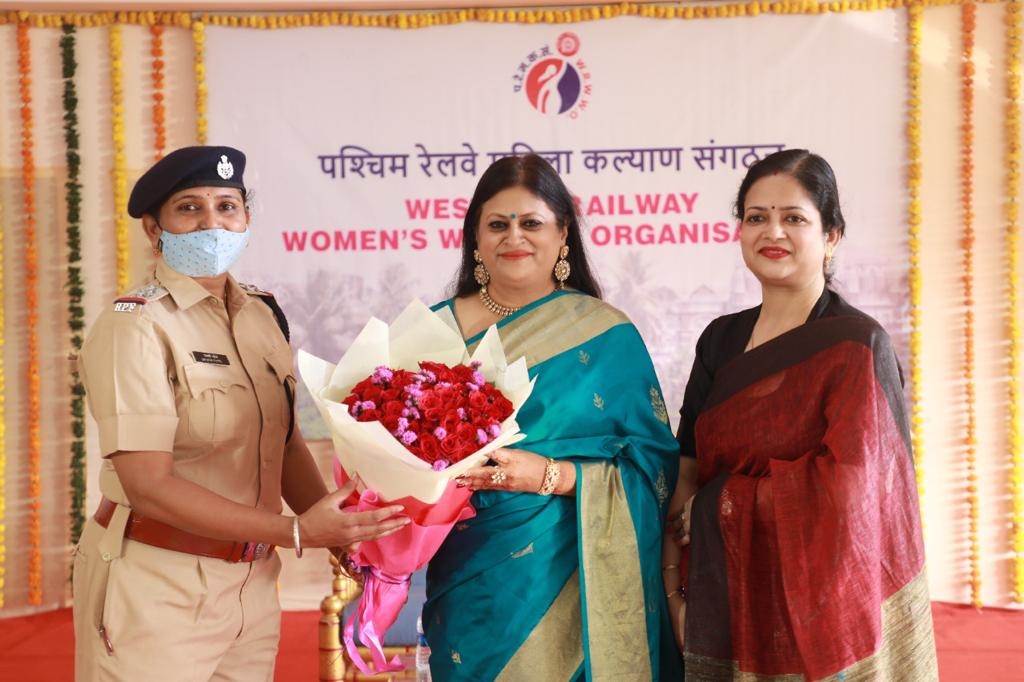 Western Railway Women Welfare Organization (WRWWO) has always rendered unconditional help for the welfare of railway employees and their families. Under the leadership of Tanuja Kansal - President of WRWWO, many such noble works have been undertaken over Western Railway. In recognition of her noble services, Tanuja Kansal, was felicitated with the Women Achievers Award 2021 on 27th November, 2021. In yet another example of this kind gesture, WRWWO has donated four steel Cupboards for the benefit of female RPF constables in an interactive event held on 3rd December, 2021 at Mahalaxmi Sports Complex.

According to Sumit Thakur - Chief Public Relations Officer of Western Railway, Tanuja Kansal, President WRWWO donated four steel Cupboards for the use of Female RPF constables in RPF Barrack, in appreciation of their dedicated services. While addressing the gathering of women RPF staff, she acknowledged the role played by them during their course of duty. She commended them for their efforts & courage in saving lives of passengers, reuniting lost children and security of lady passengers. Kansal applauded them for carrying out their duties with utmost dedication and zeal. Thereafter, she interacted with the RPF women staff and enquired about their experiences, hobbies and well-being of their families. A brief educational & informative talk on Health & Hygiene was given by Dr. Savita Gangurde, ACMD/ JRH. This was followed by a cultural programme comprising of Group Dance & Songs performed by the RPF staff.

Thakur further mentioned that under the visionary leadership of Tanuja Kansal, WRWWO has done several such commendable welfare works and has served the diverse & innumerable welfare requirements of Western Railway staff. It has also been generous with financial assistance and also in providing relief materials, ration kits, setting up vaccination camps, etc. during the recent toughest times of covid pandemic, including organizing Blood donation camps. The Executive Members of WRWWO were all praises for Tanuja Kansal on being honoured with the prestigious Women Achievers Award. They felicitated her & thanked her for being a source of inspiration to all of them.