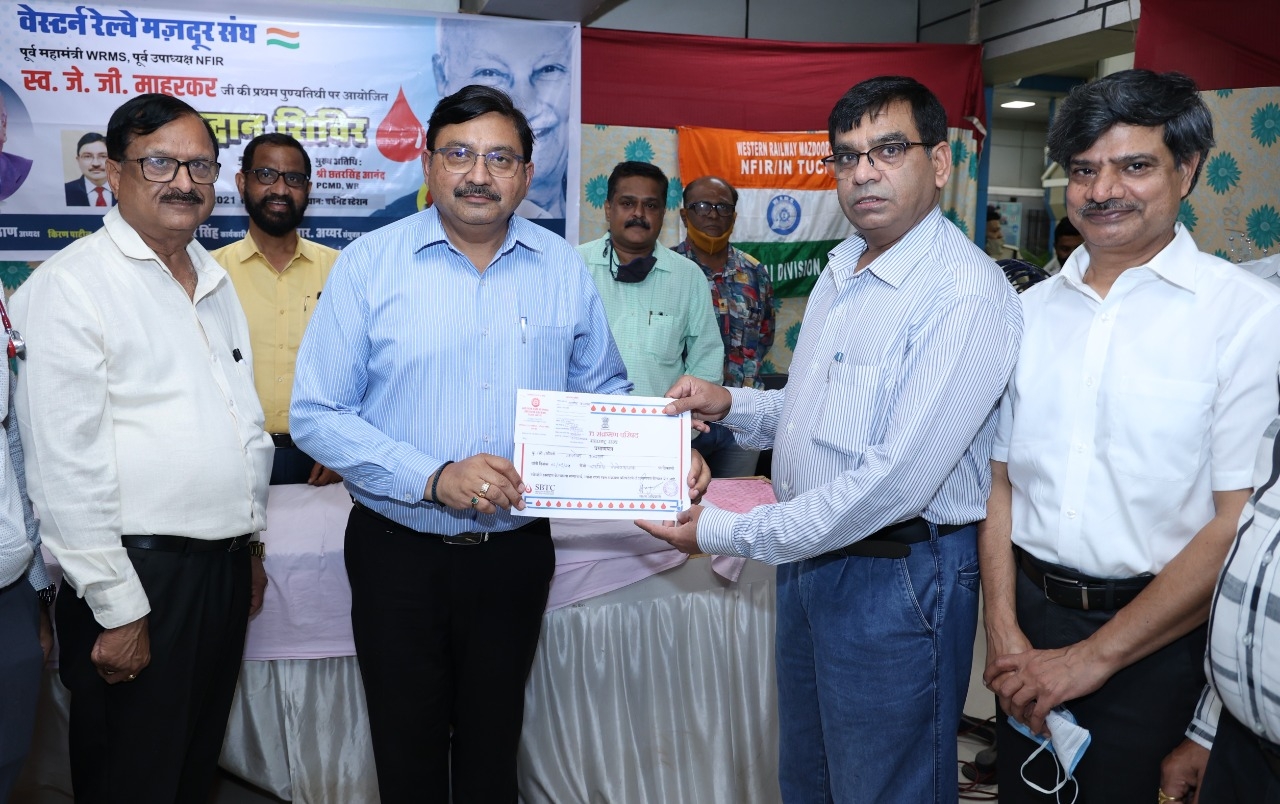 According to Sumit Thakur – Chief Public Relations Officer of Western Railway, On this occasion, Kansal himself donated blood at the camp. By setting an outstanding example to other railway employees by donating blood during this camp, Kansal also appealed to the railway fraternity to inculcate a habit of this noble deed. GM WR stated that in the past he has donated blood several times and that with a strong workforce of almost one lakh odd railway employees of Western Railway in Mumbai, such deeds of kindness will go a long way and will definitely be a great relief for those in urgent need of blood.