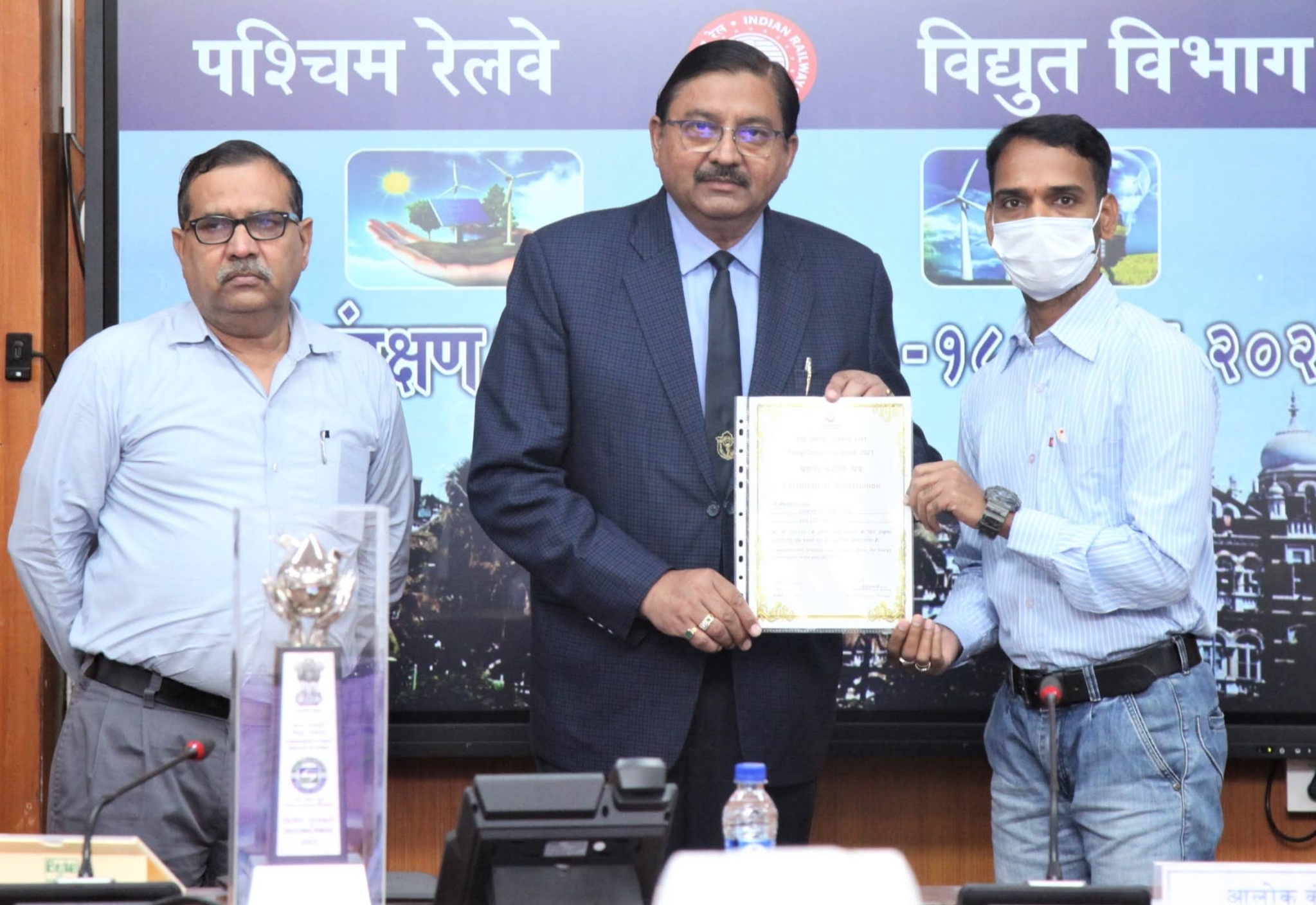 Energy Conservation Week is being observed over in all divisions of Western Railway from 13th to 18th December, 2021 to spread awareness on energy conservation and measures taken by Western Railway to implement these goals. In this connection, a seminar was held at Samvad Hall, WR HQ Building, Churchgate, Mumbai on 15th December, 2021. The seminar was chaired by Alok Kansal – General Manager of Western Railway and was attended by Principal Head of Departments while Divisional Railway Managers joined through video conference. Under the aegis & able leadership of Alok Kansal – General Manager of Western Railway, with continuous efforts to save the environment, WR has adopted a number of energy conservation measures.

According to a press release issued by Sumit Thakur – Chief Public Relations Officer of Western Railway, GM Kansal congratulated Principal Chief Electrical Engineer of WR and his entire team for their outstanding work done in the field of energy conservation and felicitated employees in recognition of their energy conservation efforts. In his address, GM stated that “Energy Conserved is Energy Produced” and exhorted everyone to take steps to save energy. Kansal shared that Indian Railways has been a big partner in contributing to Hon’ble Prime Minister Narendra Modi’s vision 2030 towards to reduce carbon footprint. He also suggested for moving ahead in the direction for harnessing more of alternate sources of energy such as wind energy, etc. Indian Railways has not ventured this source of energy in a big way which will help in reducing carbon footprint. Kansal emphasized that whenever we talk about energy conservation, we should also think about water conservation. In this direction, Western Railway has taken various steps like rainwater harvesting, installation of ETPs, etc. We should also save power by indirect ways such as using natural sunlight to illuminate in day time at stations, workshops, etc. Kansal also stressed upon constructing since inception as Green Certified building as it has been done in Kevadiya. It may have additional cost in the beginning but in the long way it will prove beneficial in ample saving of energy. He also said that energy conservation starts from home and we need to inculcate the habit of saving our resources for a greener tomorrow. Thereafter, GM Kansal released a leaflet enumerating the energy conservation measures adopted by W. Rly.

Thakur added that National Energy Conservation Awards is a national level awards instituted by BEE (Bureau of Energy Efficiency) under Ministry of Power to promote awareness and encourage energy conservation in the categories of Transportation, Industry, Buildings, Institutions, Appliances, etc. This award is given annually by BEE to honour government and private departments for excellence in energy conservation in the respective industries in various fields. Western Railway is committed to improve our performance towards energy efficiency and clean environment in the following years.