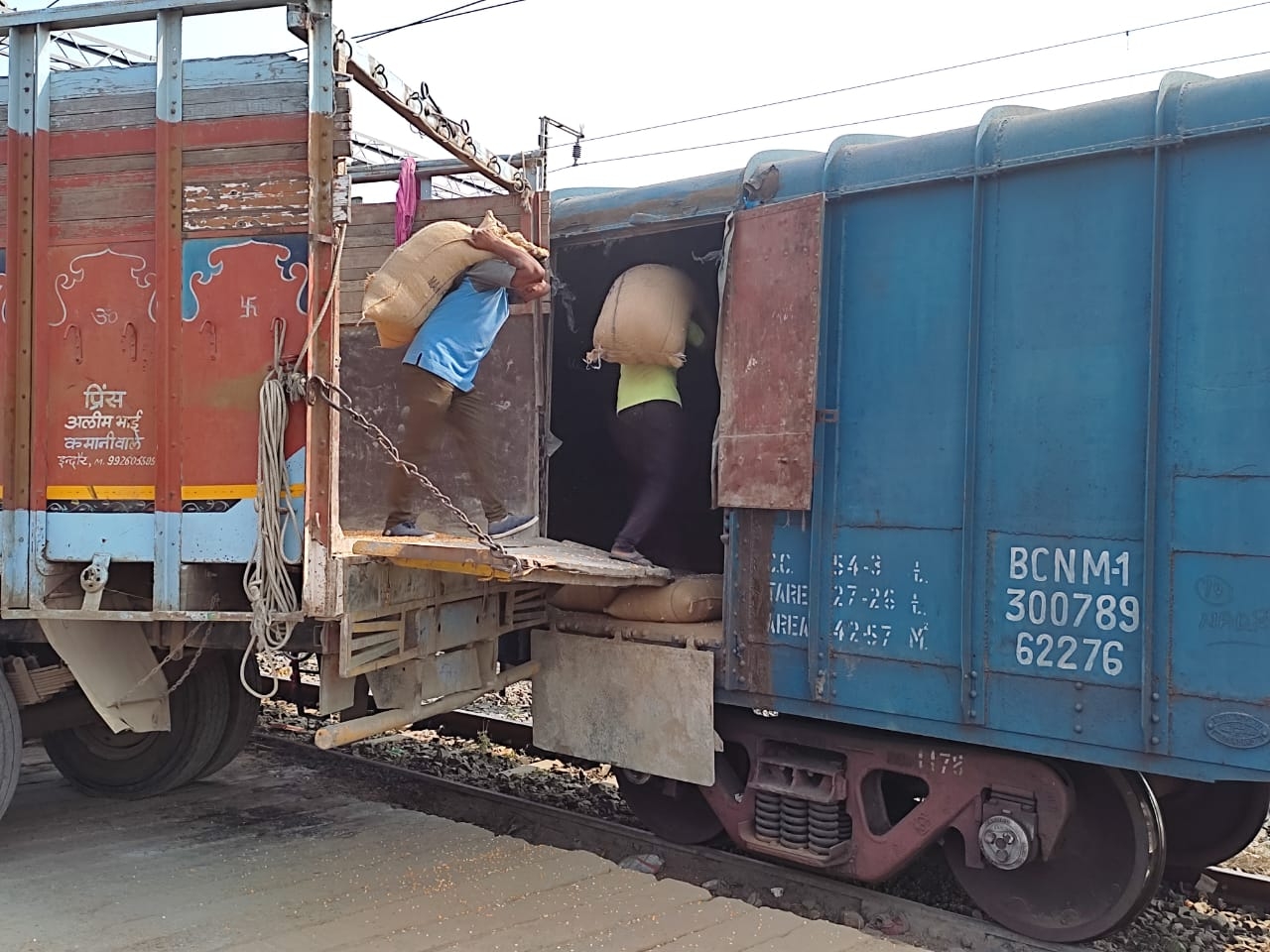 In a major impetus to the ‘Hungry for Cargo’ motto, various efforts initiated by Western Railway has started yielding positive results and this has resulted in yet another landmark breakthrough. The Business Development Unit of Ratlam Division has transported maize from Sehore. This major feat has been made possible under the visionary leadership, able guidance and energetic motivation of Alok Kansal – General Manager of Western Railway.

According to Sumit Thakur – Chief Public Relations Officer of Western Railway, through continuous efforts by Ratlam Division’s BDU, M/s Radhey Shayam loaded its first outward rake of maize in bags in 21 BCN. These were transported from Sehore in Madhya Pradesh to Muzaffarnagar in Uttar Pradesh. The weight of the loading achieved is 1332 tonnes and earned revenue of more than Rs. 15 lakh. GM WR Alok Kansal has exhorted all officers and staff of WR to imbibe the ‘Tenets of Philosophy’ in their working. In this direction, ‘Hungry for Cargo’ being one of the tenets where the aim is to provide customized solutions for their businesses WR is reaching out to potential customers to add more new commodities in its ambit for transportation through its policies and aggressive marketing efforts.

Thakur further stated that during the period from 1st April to 23rd November, 2021, Western Railway has transported commodities weighing almost 1.96 lakh tonnes through its 498 parcel special trains, which included agricultural produce, medicines, medical equipment, fish, milk etc. The revenue generated through this transportation, has been approx. Rs. 69.86 crores. 119 Milk Special trains were run by Western Rly, with a load of more than 83,800 tonnes and 100% utilization of the wagons. WR has also run 110 Kisan Rails from various divisions carrying a load of about 29,000 tonnes. Similarly, 135 COVID-19 special parcel trains with a load of more than 26,000 tonnes were also run to transport essential commodities. In addition to this, 134 indented rakes carrying about 57,000 tonnes were also run with 100% utilization.

Thakur also stated that, during the period from 1st April to 23rd November, 2021, total 24,698 rakes of goods trains have been run by WR and carried 54.77 million tonnes of essential commodities as compared to 48.75 million tonnes in the corresponding period last year. 52,811 freight trains were interchanged with other zonal railways, of which 26,426 trains were handed over and 26,385 trains were taken over at different interchange points. It is worth mentioning that despite the hardships of the pandemic, Western Railway's Kisan Rails along with goods & parcel special trains have been continuously traversing across the country to keep the supply of essential commodities moving.