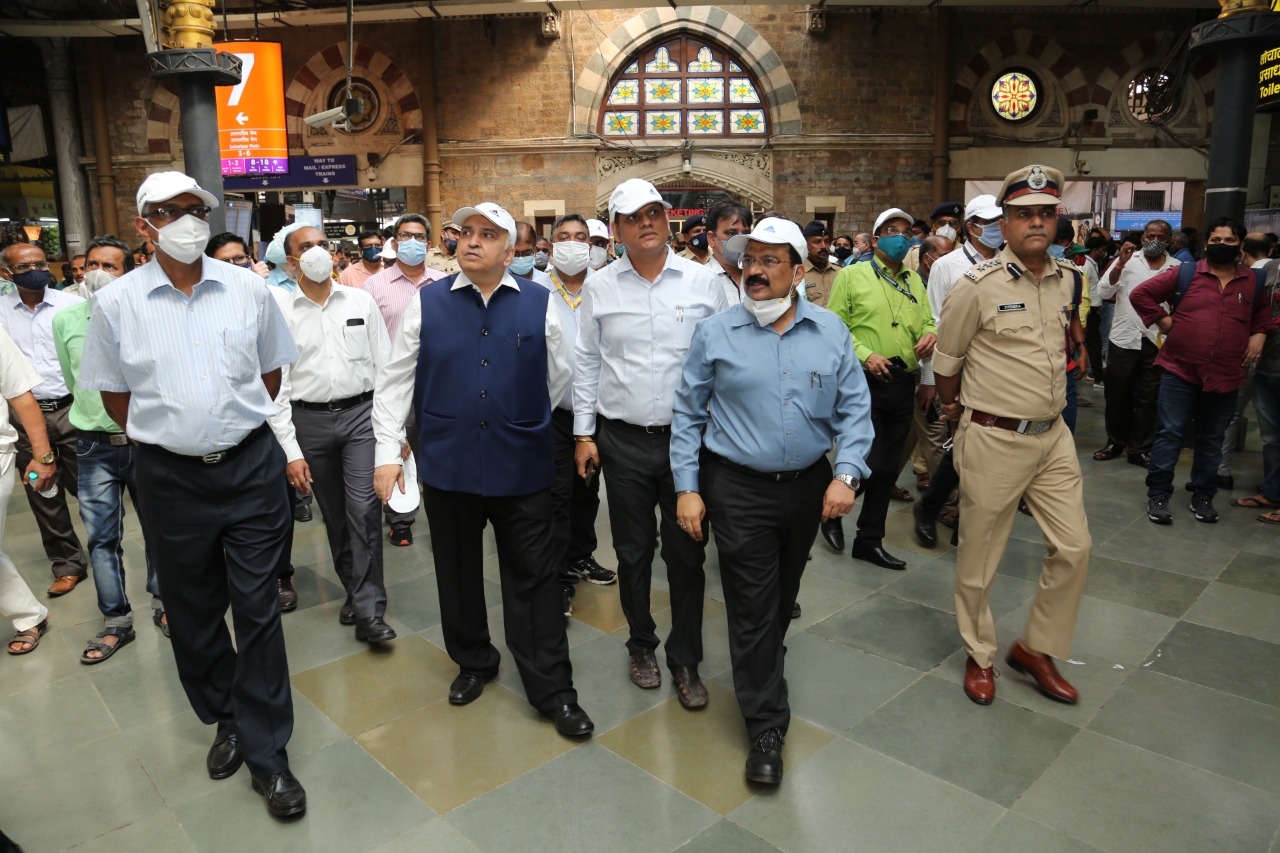 Sharma visited recently opened “Restaurant on Wheels” in the vicinity of heritage gully. The restaurant has been made using a discarded rail coach and set up under innovative ideas of catering policy. The restaurant is becoming a popular place amongst passengers and public. Sharma also inspected the Electric Vehicle charging point and green initiatives.

Sharma then inspected the executive lounge “Namah” at CSMT and interacted with a passenger. The passenger expressed his satisfaction about the services and the food quality. He went through photographic gallery and viewed the prestigious awards and certificates received by CSMT including one IGBC Gold certification for the first Railway station in Maharashtra. The IGBC Gold certification awarded for various green initiatives such as plantation to create green areas, installation of solar panels, customer friendly initiatives and installation of energy efficient bulbs and fans etc.

Sharma also visited the Digilocker, a Digital Smart Cloakroom recently opened under Non-fare Revenue Ideas Scheme for enhanced sense of safety and convenience to passengers about depositing their luggage. While inspecting Sharma also gone through various eye catching directional and informative, state of the art signages displayed at main line and suburban line sections of CSMT for the convenience of passengers and also braille signages for visually impaired persons.

Sharma also interacted with commuters of suburban trains at platform and on train to know about the running of services satisfactorily.