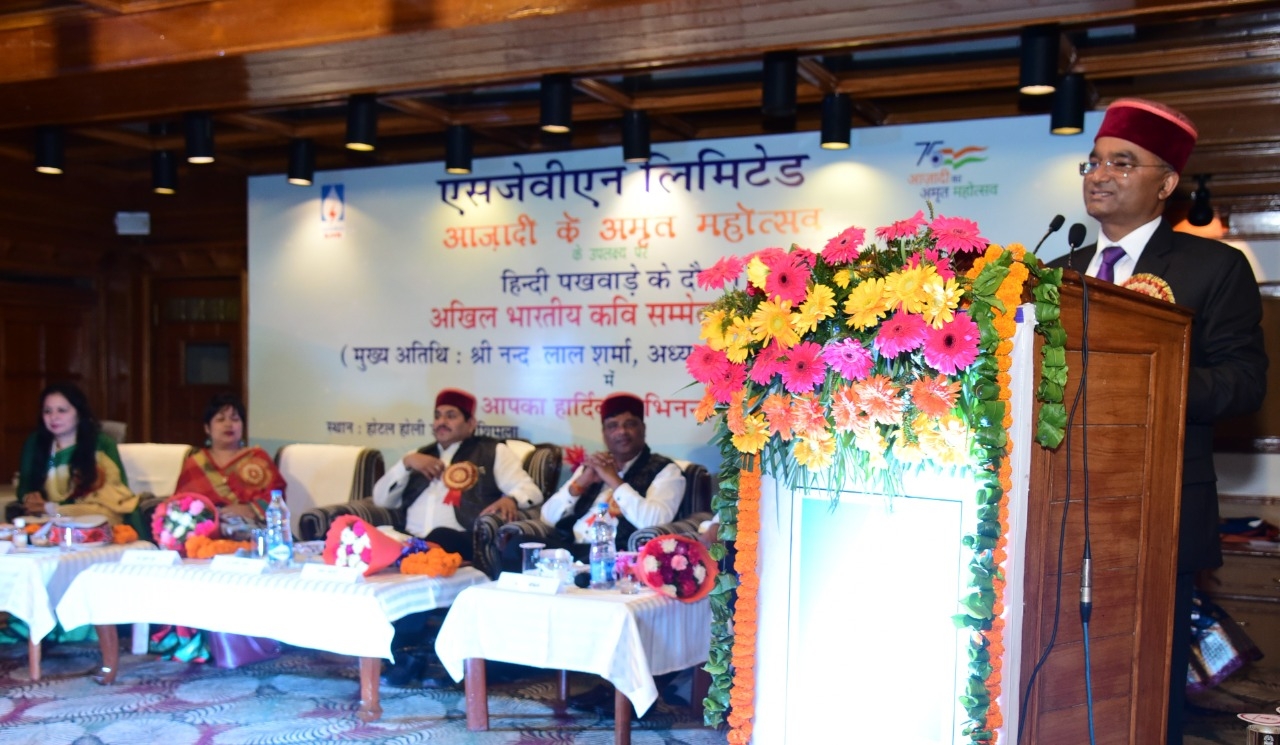 Azadi Ka Amrit Mahotsav is an initiative of the Government of India to celebrate 75th anniversary of India's Independence and the subsequent successful progressive journey of the Nation in Social, Economic and Cultural fields. Ensuring its participation in this nationwide public campaign, SJVN organized Akhil Bhartiya Kavi Sammelan-2021 during Hindi Pakhwada, at Hotel Holiday Home, Shimla.

Chief Guest Nand Lal Sharma Chairman and Managing Director inaugurated the Kavi Sammelan by lighting the ceremonial lamp in the benign presence of Mrs. Geeta Kapoor Director (Personnel) and Sh S.P Bansal Director (Civil). The senior officials of the Company actively participated in this program which was organized following COVID appropriate guidelines issued by the Government.

Nand Lal Sharma in his address said that this year, under Azadi Ka Amrit Mahotsav, as per instructions of the Hon'ble Prime Minister Sh Narendra Modi, SJVN is reiterating its commitment to bring the cultural and literary heritage of the nation to the masses by organizing various programs. In this series, Akhil Bhartiya Kavi Sammelan is being organized with an objective to provide a strong platform for cultural and linguistic development. The employees of SJVN are playing a leading role in the promotion of Rajbhasha Hindi by adopting it in official work as well as in personal life.

The eminent invited poets i.e Padma Dr Sunil Jogi, Dr Suman Dubey, Pawan Agri, Ms Baljit Kaur Tanha and Vikas Bokhal enthralled the audience with recital of poems in Shringar and Hasya Ras. Some of the compositions presented satire, while other carried social messages which garnered appreciation of all.