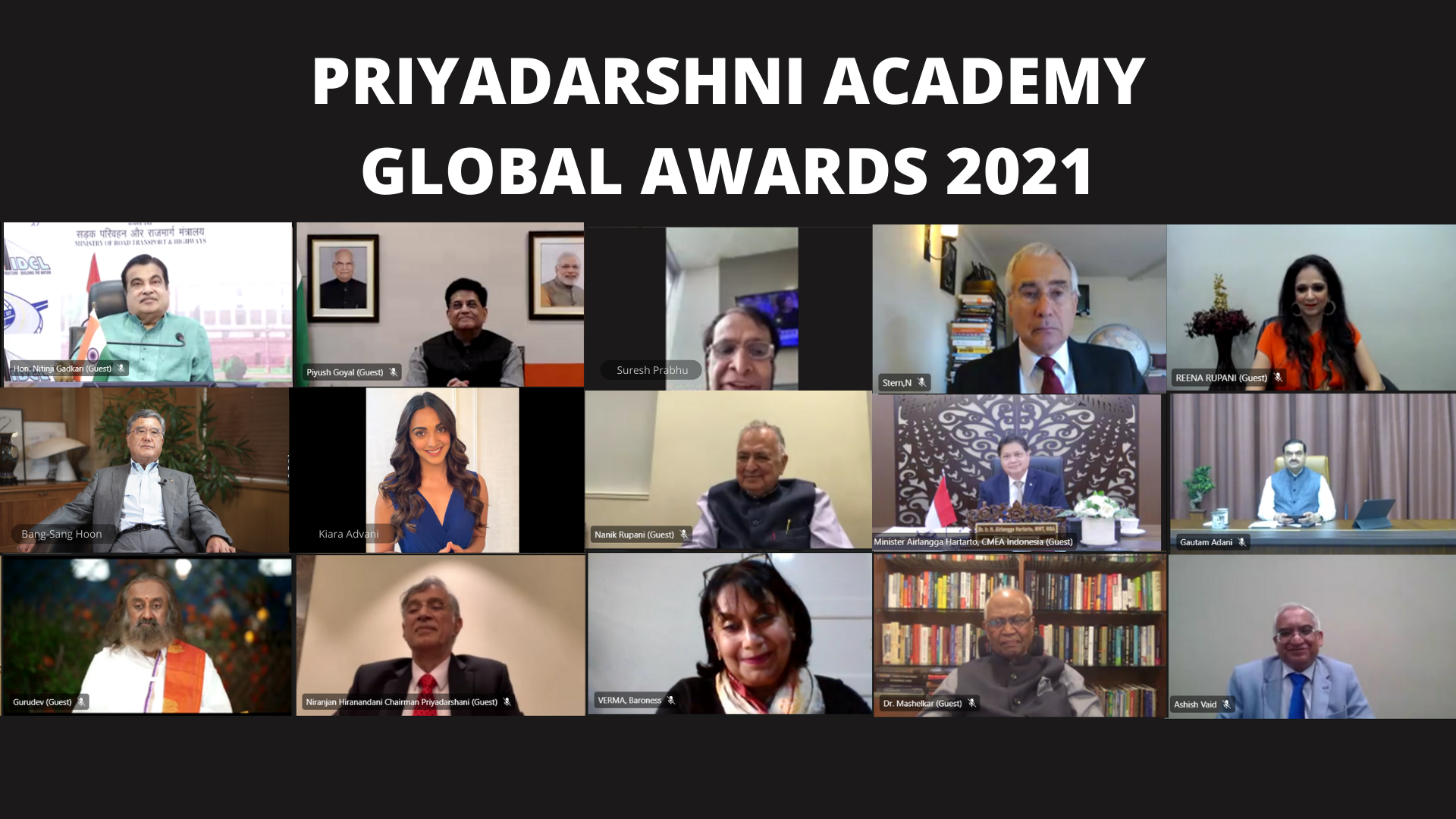 The 37th Anniversary edition of the very prestigious Priyadarshni Academy Global Awards 2021 held virtually recently, proved to be a momentous event, organised under the adept leadership of Founder & Chairman Emeritus, Nanik Rupani and Chairman, Dr. Niranjan Hiranandani along with the Chairman of the Global Awards Advisory Committee, Dr. R A Mashelkar.

The Priyadarshni Academy was founded in 1984 by Nanik Rupani, with the motto “Service to Humanity is the best work of life.” Over the years, the academy has emerged as a foremost non-profit, socio-cultural and educational organisation, with remarkable achievements that have surpassed its goals and won many hearts. Priyadarshni Academy’s Global Awards are a tribute to the recipients from all walks of life, from all corners of the globe who have excelled in their respective disciplines. The academy believes that recognising the achievements of individuals is of paramount importance to inspire leaders of current and future generations.