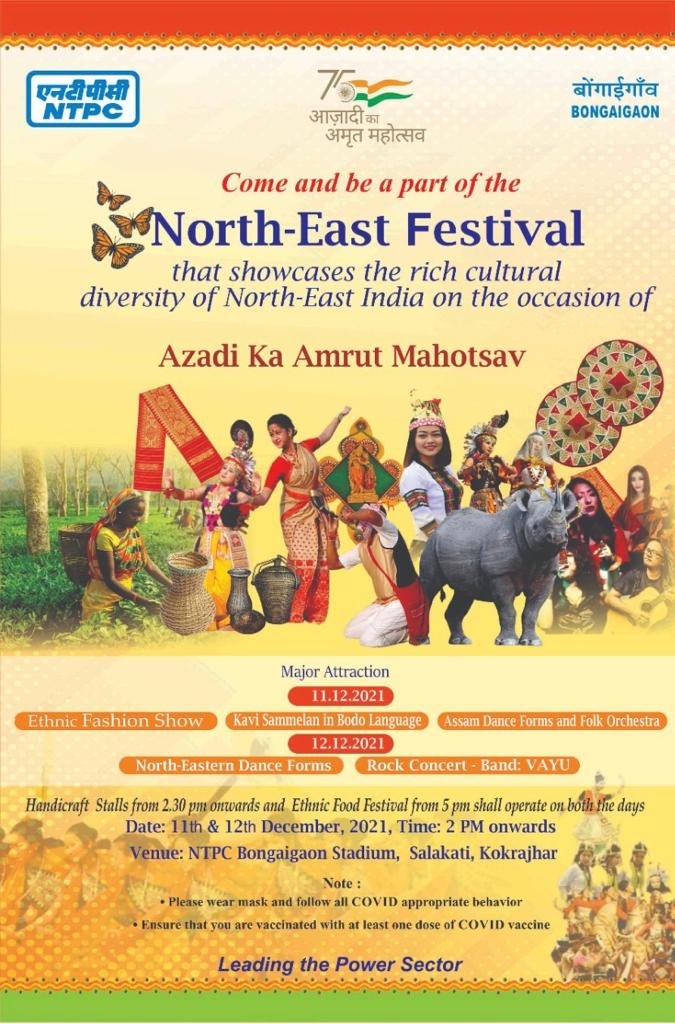 As part of celebrating iconic week of ‘Energy Conservation’ under ‘Azadi Ka Amrit Mahotsav’ led by Ministry of Power from 8th to 14th December 2021, NTPC to organize the North- East Festival at NTPC Bongaigaon, Assam. The celebration of the rich and indigenous north-eastern culture will be held on 11th-12th December at NTPC Bongaigaon Outdoor Stadium.

The event is going to showcase the rich cultural diversity of North-Eastern States through a string of events which includes dance forms of all the 'Seven Sisters'. Ethnic fashion show, Kavi Sammelan in Bodo language and folk orchestra are some of the main attractions of the festival. The handicraft stalls and ethnic food festival will also present a plethora of choices serving north-eastern delicacies on both the days.

In the run upto the festival, young engineering students from Assam during the ongoing Energy Conservation week celebrations performed the Street plays which was conducted in association with the NSS wing of Central Wing of Technology (CIT), Kokrajhar. Students from various streams performed street plays in the busy market area of Salakati, Kokrajhar. The skit was primarily focus on various aspects of energy conservation including highlighting NTPC’s role in preservation and restoration of natural resources. The street drama performed in local language highlighted the main elements of energy conservation – Re-cycle, Re-use, Re-Invent.

NTPC being a sustainable organisation has always been committed towards initiatives like water conservation, energy conservation, massive tree plantation and corporate social responsibility.