At Dadar, Raosaheb Patil Danveji also witnessed the departure of special train (Full Tariff Rate special) from Dadar to Sawantwadi Road. The Minister of State for Railways also travelled to Matunga by train and felicitated the women staff of Matunga railway station which has appeared in Limca Book of Records for being the first railway station with all women railway staff and interacted with the railway staff. He enquired about the challenges faced by them and how they have overcome those challenges with grit and determination.

The Minister of State for Railways also visited the site of CSMT station redevelopment site at platform no.18 (east entry) to have detailed information about the project. Anil Kumar Lahoti, General Manager, Central Railway, Shalabh Goel, Divisional Railway Manager along with other officials accompanied the minister during the inspection and interaction.

Earlier at the Minister of State for Railways was given a special guard by the RPF contingent at the heritage building of Chhatrapati Shivaji Maharaj Terminus, Mumbai.

Read Also
BJP Minister Raosaheb Danve, entourage ‘take off’ on Konkan special, get down in the tracks; see... 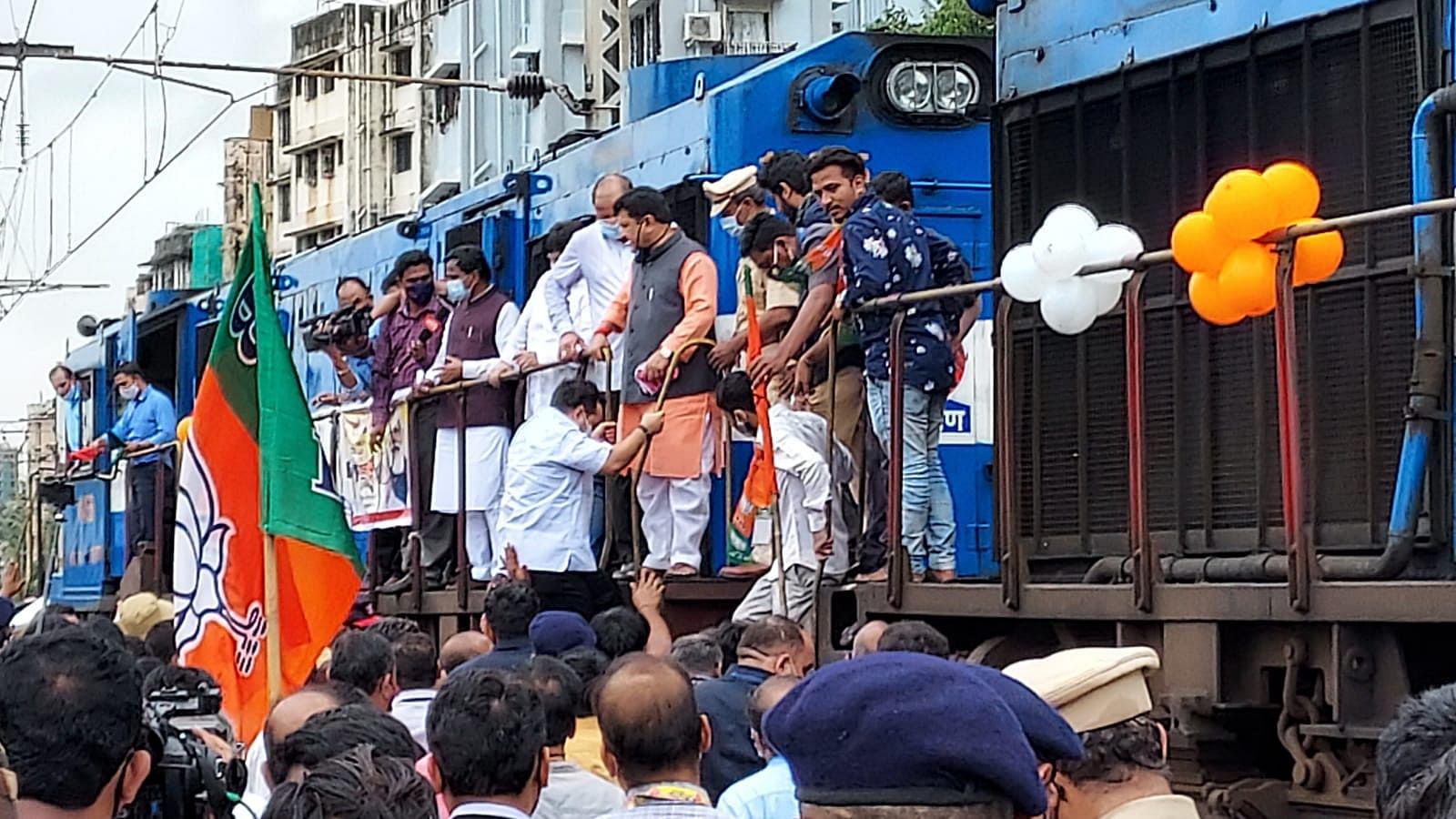 HOPE has been revived