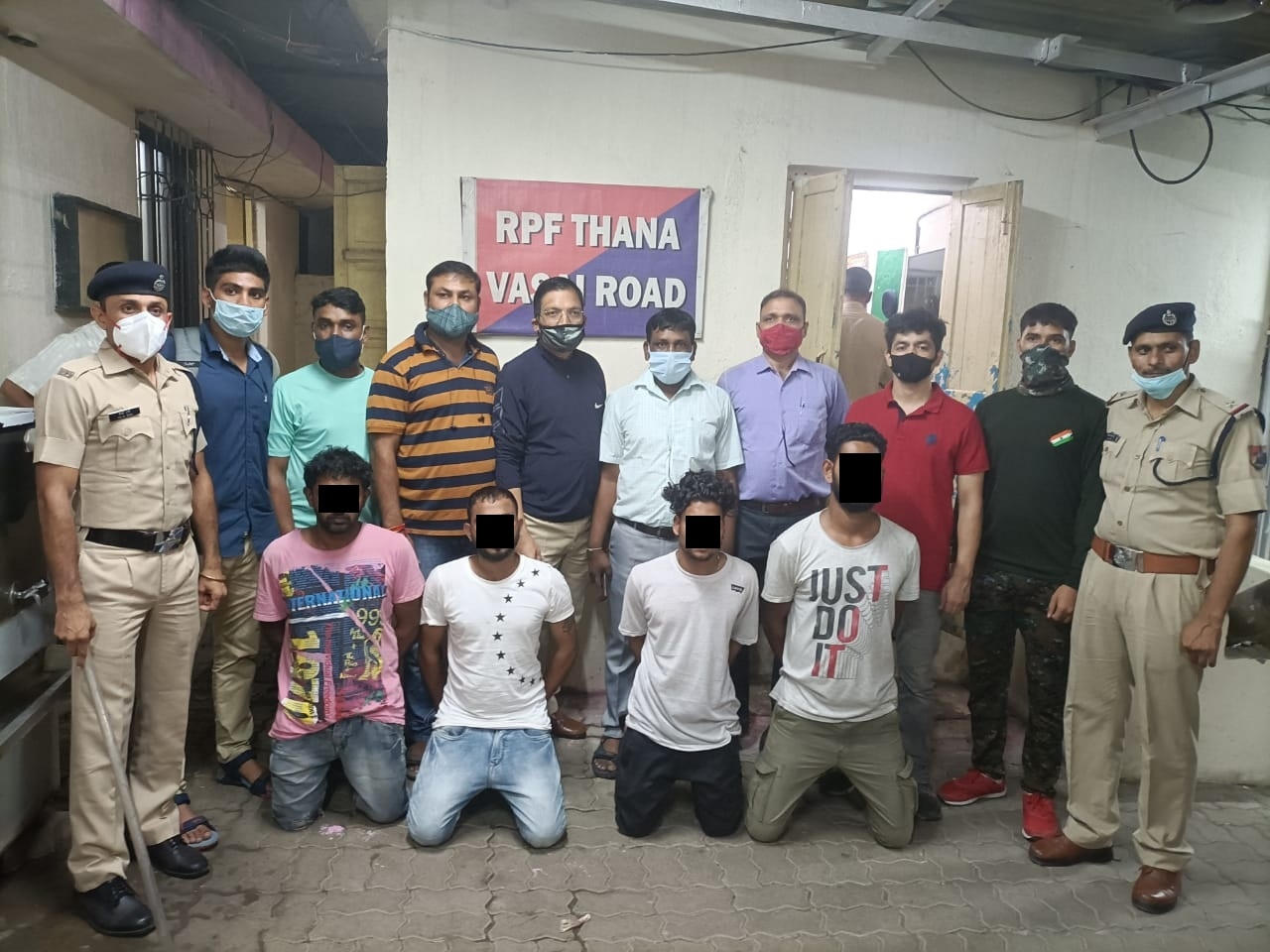 The Railway Protection Force (RPF) are always on the lookout to protect and secure the lives of passengers. In an astonishing series of events, the RPF teams of Mumbai Divisions of Western & Central Railways showed exemplary promptness and smooth coordination in a joint operation. The teams conducted a joint operation in which four accused in an attempt to murder case were caught from running train and handed over to Kerala Police.

According to Sumit Thakur – Chief Public Relations Officer of Western Railway, on 5th Sept. 2021 RPF Mumbai Division of Central Railway received information from RPF Thiruvananthapuram regarding four suspects in an attempt to murder case who were on run from Thrissur district of Kerala. A case against these suspects had been registered at Nedupuzha Station, Thrissur on 27th August, 2021. A special team was formed under the supervision of PCSC Central Railway which included RPF Post Inspectors of Kalyan & Bhiwandi and boarded Train No. 06506 KSR Bengaluru-Gandhidham Special train from their respective stations. The train was thoroughly searched and all four suspects, named Arun NS Shanmunga (26 yrs), Sajith Sasi (29 yrs), Lidhin A.M (29 yrs) and Jishnu P.B (22 yrs) were identified. The information regarding these suspects onboard the train was passed onto RPF Western Railway where another special team was readied at Vasai Road station by Post Inspectors of Vasai Road and Virar. All four suspects were detrained by RPF at Vasai Road and Thrissur Police was informed. The team of police reached Mumbai on 7th Sept. 2021 and the accused were handed over to Kerala Police.