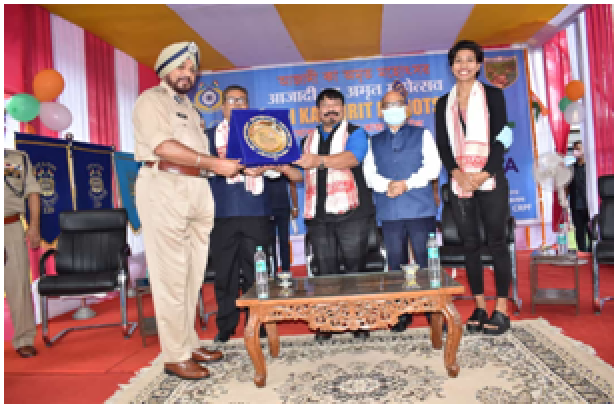 The Central Reserve Police Force has flagged off a Cycle Rally as a part of the the ongoing Azadi Ka Amrit Mahotsav celebrations which is an initiative of the Government of India to celebrate and commemorate 75 years of progressive India and the glorious history of its people, culture and achievements from Rowriah, Jorhat, Assam in. This rally, which was flagged off from Jorhat By Atul Bora, Agriculture Minister, Government of Assam, will culminate at Raj Ghat on 2nd October. Topon Kumar Gogoi, Member of Parliament, Jorhat, Hitendra Nath Goswami, MLA, and several senior officers of CRPF attended the flag-off ceremony. Olympic Champion and pride of the country, Lovlina Borgohain, motivated the Rally members by sharing the story of her remarkable journey to the coveted Olympics podium.