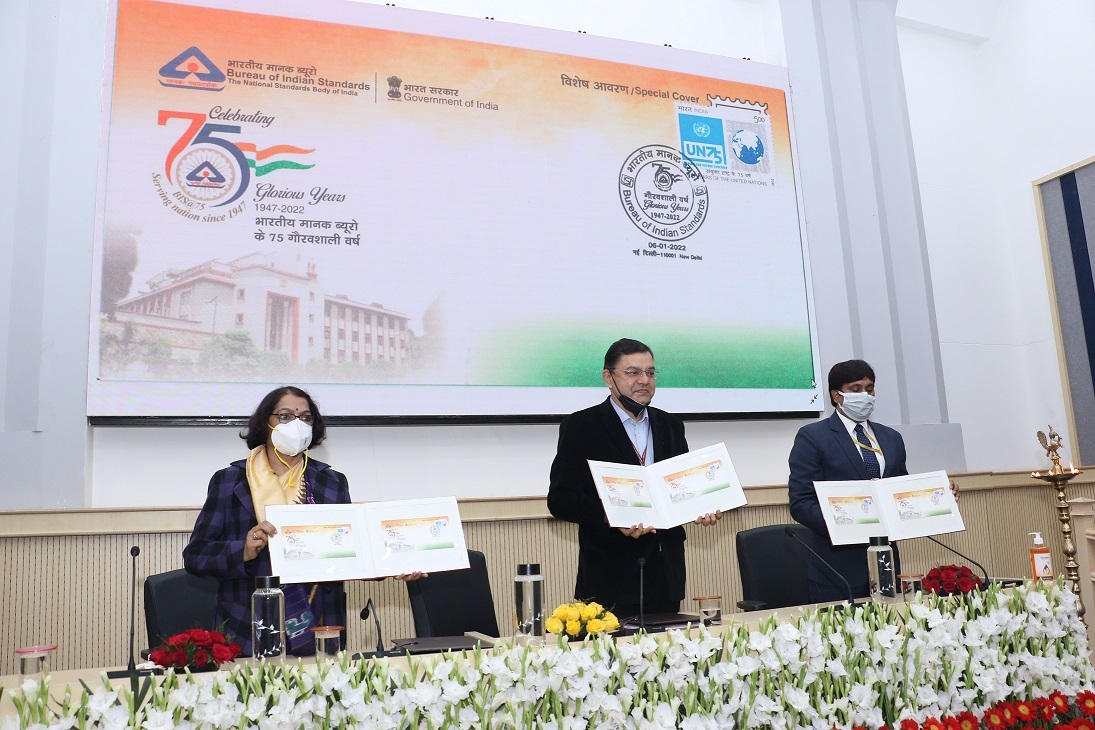 Bureau of Indian Standards (BIS) has proudly completed 75 glorious years of its existence on 6th January 2022. BIS came into existence as Indian Standards Institution (ISI) in 1947. Through its core activities of Standardization and Certification, BIS has been contributing to national economy from past 75 years.

Pramod Kumar Tiwari, Director General of Bureau on the special occasion extended his gratitude and best wishes to all the stakeholders of BIS. He said, “It is due to the constant efforts and strive for excellence of employees and other stakeholders of BIS that we have been able to achieve this respectable place today. We commit to contribute further in future with more zeal and dedication in India’s progress”.

DG, BIS also released a Special Cover to commemorate the special occasion of 75th Foundation Day. The Special Cover also depicts the glorious past of BIS.

In the twilight years of British rule in India, when the country was faced with the gigantic task of building up the industrial infrastructure, it was the Institution of Engineers (India), which prepared the first draft of the Constitution of an Institution which could take up the task of formulation of National Standards. This lead to the Department of Industries and Supplies issuing a memorandum on 3rd September 1946, formally announcing the setting up of an organization called the ‘Indian Standards Institution (ISI). ISI came into being on the 6th January 1947 and in June 1947 Dr. Lal C. Verman took over as its first Director.

Bureau of Indian standards (BIS) came into existence, through an Act of Parliament dated 26th November 1986, on 1st April 1987, with a broadened scope and more powers; taking over the staff, assets, liabilities and functions of erstwhile ISI. Through this change over, the government envisaged building a climate for quality culture and consciousness and greater participation of consumers in formulation and implementation of standards.

The Bureau of Indian Standards through network of its offices located all across the country, celebrated the Platinum Jubilee on 6th January 2022.