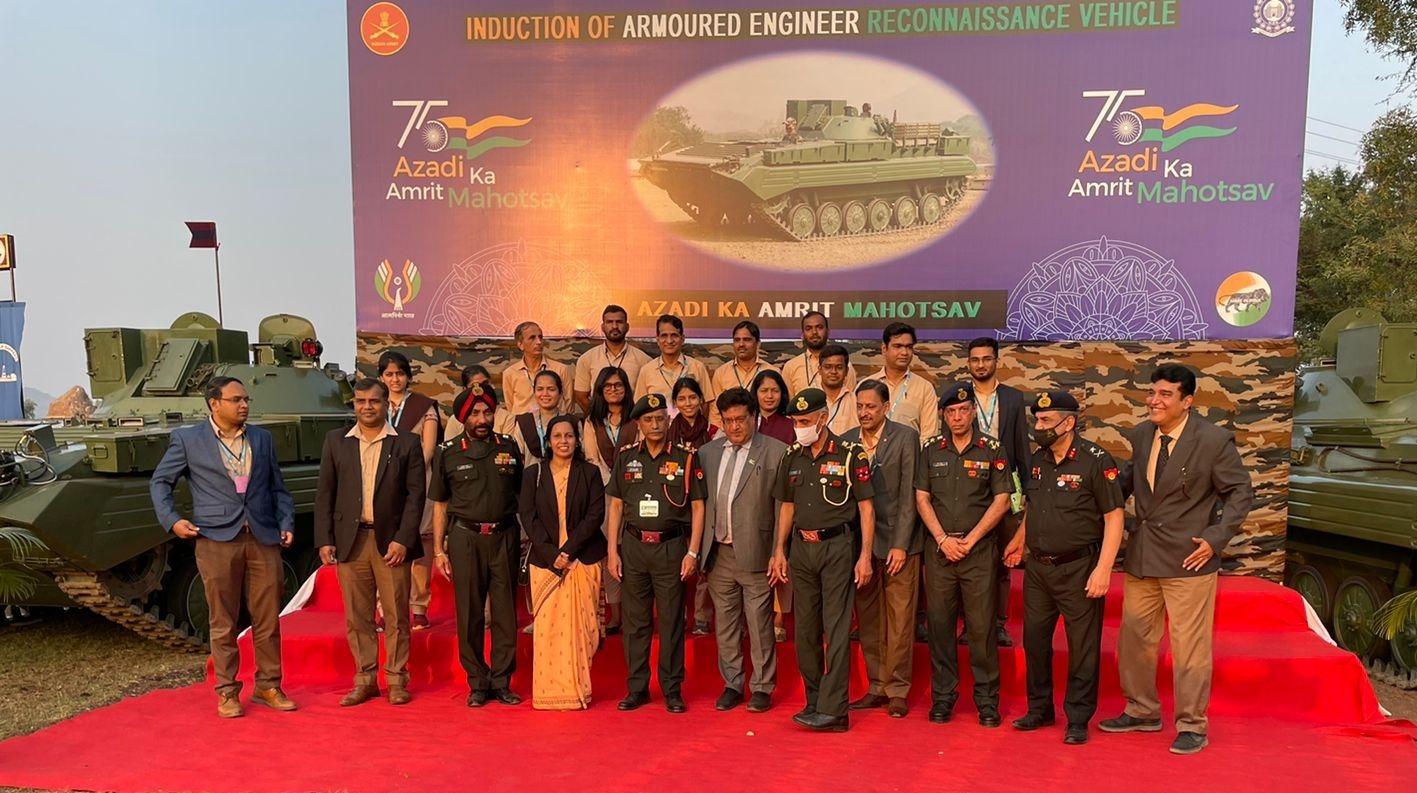 AERV is manufactured by BEL-Pune with more than 90% indigenous content. It is a versatile BMP-IIK amphibious Infantry Combat Vehicle (ICV) fitted with instruments for water reconnaissance, land reconnaissance, navigation and data backup. The AERV is capable of measuring soil bearing capacity on riverbanks to determine if they are motorable for military vehicles on Go-No Go basis (critical parameters for bridge laying), dry and wet gaps in day and night conditions, slopes and height of river banks / canals. It’s possible to navigate the AERV with military maps using Military Grid Co-ordinate System, measure and plot underwater beds and water currents of rivers/canals, store data from various instruments on Control Console for further analysis and decision-making.

The induction of the next-generation AERV will boost the Indian Army’s combat capability and is a milestone in the journey towards an Atmanirbhar Bharat.