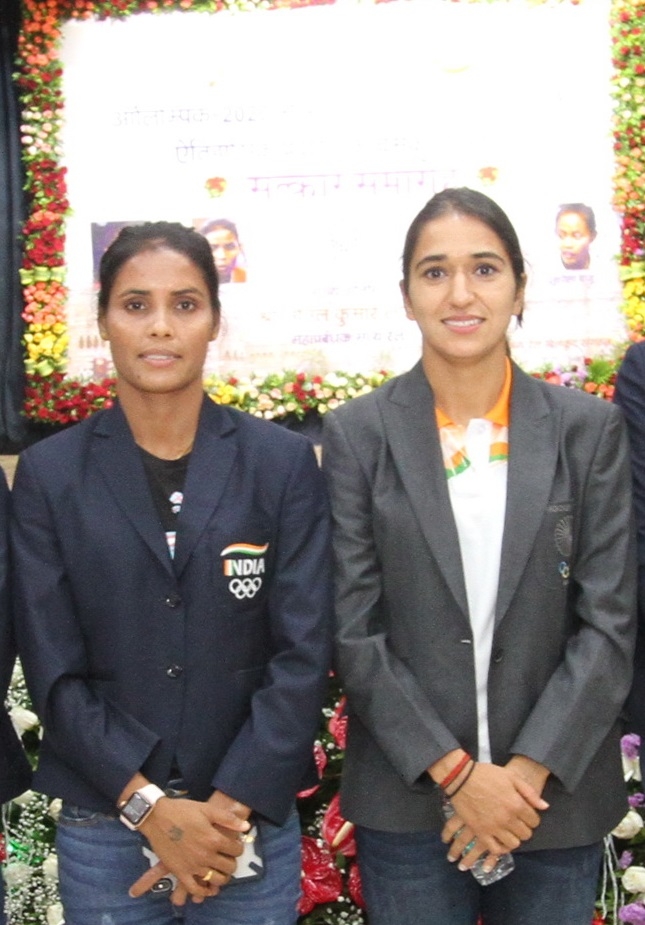 Monika Malik, worked as Head TC, Mumbai Division of Central Railway presently promoted as Officer on Special Duty, was part of Indian Women’s Hockey Team that played fabulously in Tokyo Olympic 2020 to secure a place in the Semi-Finals. Monika made her second consecutive Olympic appearance after Rio Olympics 2016. She has made India & Central Railway proud through her sincerity and hard work that has brought laurels in the recent Olympics.

Vandana Katariya, worked as Head TC, Mumbai Division of Central Railway presently promoted as Officer on Special Duty, was part of Indian Women’s Hockey Team has the distinction of the only women who scored Hat-Trick in field Hockey at any Olympic Games. Vandana an astute player, very speedy scored hat-trick against South Africa. Her contribution as an agile player was instrumental in taking India to the Semi-Finals.

Anil Kumar Lahoti, General Manager, Central Railway said “Central Railway always encourages their sportspersons to set high standard & supporting them in every step of the way, the performance of all four Women Hockey Players at Tokyo Olympics to take India to Semi-Final elucidates that.”