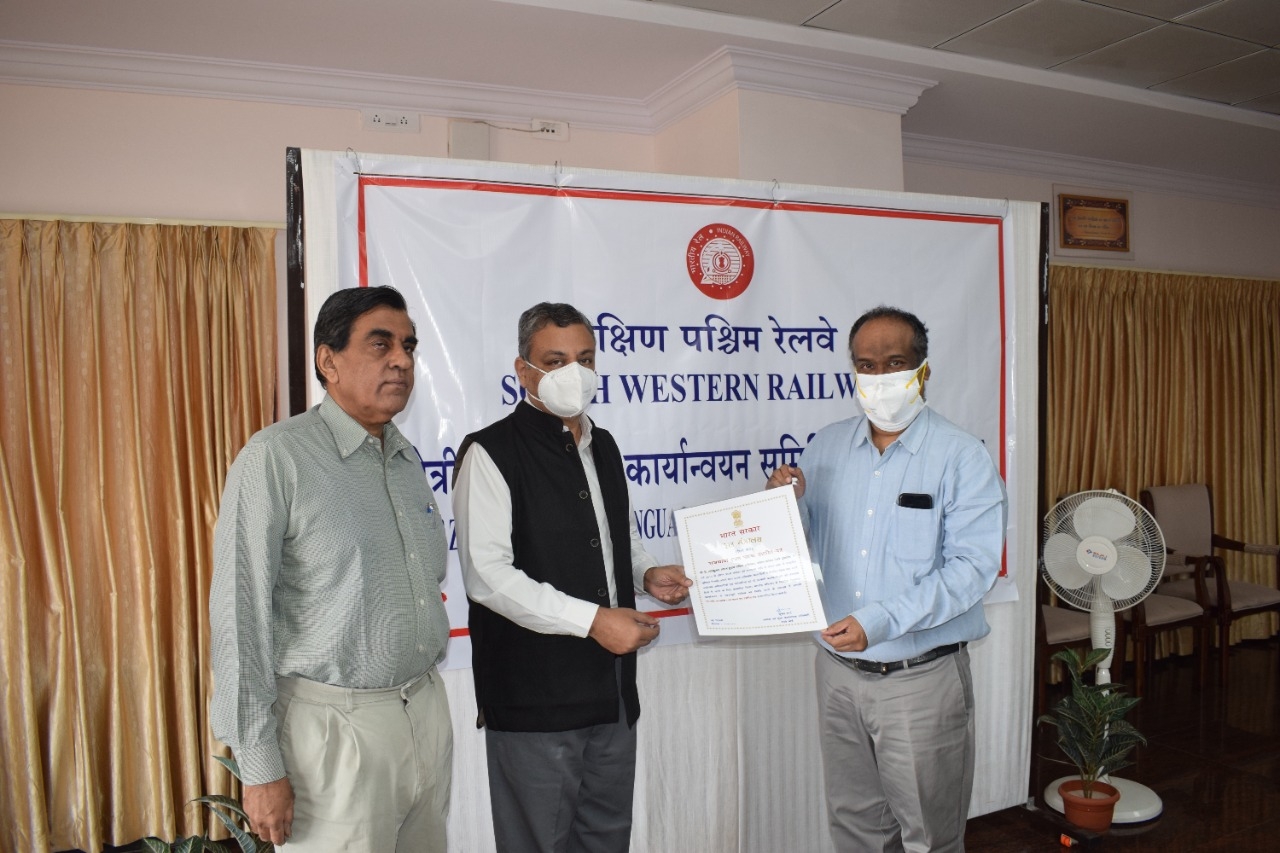 The 68th meeting of Regional Official Language Implementation Committee was organized under the chairmanship of Sanjeev Kishore, General Manager/South Western Railway on 28.12.2021 at 11.00 am at GM’s Conference Hall, Rail Soudha, Gadag Road, Hubballi.

The meeting commenced with the welcoming address by M.A.V. Ramanujan, Chief Electrical Service Engineer & Mukhya Rajbhasha Adhikari. He said in his welcome address that according to Article 351 of the Constitution of India, it is the duty of the Central Government to promote the uses of Hindi language and according to the Official Language Rules, it is the responsibility of all the Heads of the Central Government offices to ensure compliance of the Official Language Act & Rules.

Sanjeev Kishore, General Manager/South Western Railway said in his address that Hindi language has been declared as the official language of the Union under Article - 343 of our Constitution, therefore, as a government official, it is our responsibility to respect the official language policy of the government and honestly follow our responsibility in this regard. According to the official language policy of the government, it is mandatory to comply with section 3(3) of the Official Language Act - 1963 and answer all the letters in Hindi received in Hindi, there is no exemption for this, he added. He requested the members of the Regional Official Language Implementation Committee to personally pay attention to it. The Chairman and General Manager of the committee encouraged the officers and employees to participate enthusiastically in the original Hindi book writing competitions being organized by various ministries and departments to enhance their creative talents.