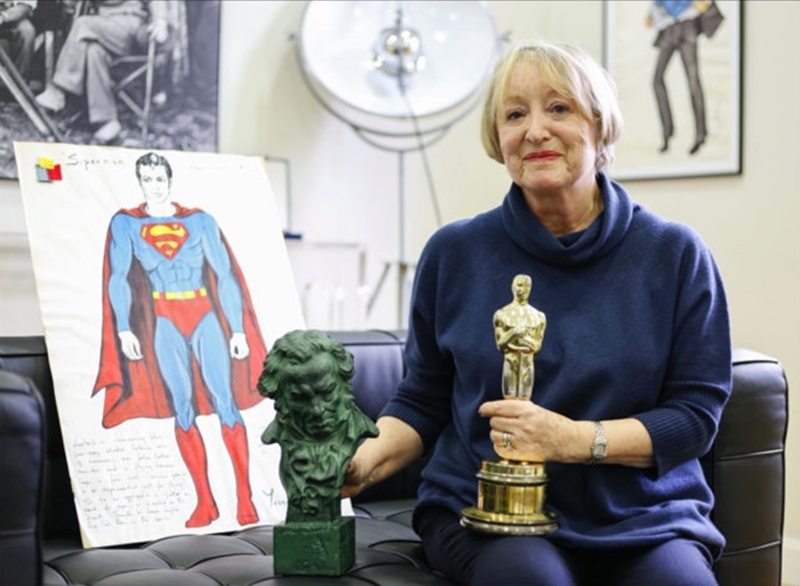 Los Angeles: Yvonne Blake, the costume designer behind films including 1978 box-office hit “Superman” and 1973’s “Jesus Christ Superstar”, has died. She was 78. The British-born Spanish designer had suffered a stroke earlier this year, according to The Spanish Film Academy, where she previously served as President.

Blake was elected president of the organisation in July 2016, three months after her predecessor Antonio Resines resigned over irreconcilable differences with the board.

She designed the costumes for productions such as “Fahrenheit 451” and won an Oscar for Best Costume Design for Franklin J Shaffner’s period drama “Nicholas and Alexandra” in 1971.

According to The Hollywood Reporter, Richard Donner’s “Superman” brought her the most recognition, for which she adapted the comic book design of the superhero costume, played by Christopher Reeve on the celluloid.

In her original design sketch made before Reeve was cast in the role, Blake’s annotations read: “Leotard in shimmering blue two-way stretch fabric worn over false muscles & harness for flying. Capes to be made in various flowing fashion for resting. Boots in glove leather or elastic with small heel. ‘S’ motif in red & gold on breast & again in all gold on back of cape. Gold metal belt with ‘S’ buckle.”

She wanted to focus on making a practical costume for Reeve while also balancing its authenticity to her audience.

“It was a question of reproducing what looked like a pretty silly costume into one that could be worn by an actor that would look attractive and believable to Superman fans.

“It was important that the tight and shorts did not look like ballet dancers, so the problem of lumps and bumps was solved by wearing a plastic protection shield normally used by boxers,” she said.

“I met Yvonne when she called me to accompany her in the presidency of the institution. I witnessed her enormous generosity, her passion and her dedication, and at her age she chose to work for all of us, she took the Academy in difficult times and her work has been decisive for the new stage of modernization that we are experiencing,” he said in a statement.