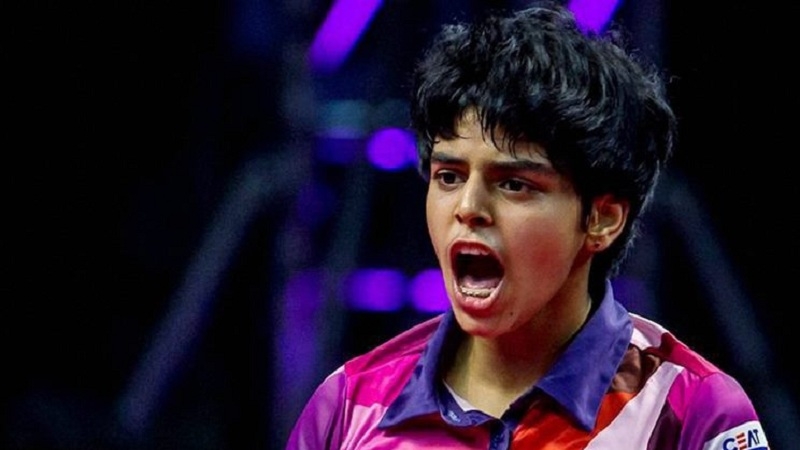 Buenos Aires : India endured a medal-less outing at the Youth Olympics after the gold rush of the previous three days as the women’s hockey team lost to Argentina and rising table tennis player Archana Kamath went down in the bronze medal match here. Kamath, who became the first Indian paddler to enter the semifinals of Youth Olympics, gave her all against Romania’s Andreea Dragoman before losing 11-8, 11-13, 9-11, 5-11, 9-11 in the semifinal played on Wednesday night (wee hours of Thursday in India).

The Indian under-18 women’s hockey team suffered its first loss of the Youth Olympics’ five-a-side competition, going down 2-5 to hosts Argentina. After three successive wins, India lost the toughest match they played in the event. Argentina opened the scoring with a seventh minute goal through Celina Di Santo. India’s Mumtaz Khan equalised soon after in the eighth minute but the hosts regained the lead in the 10th minute with a field goal by Sofia Ramallo. Just before the half time, Reet scored a fine field goal to draw level for India. The second period, however, was totally dominated by Argentina as they showcased brilliant attack that helped them score back-to-back in the 12th, 17th and 19th minute through Sofia, Josefina Rubenacker and Gianella Palet respectively. The Indian team will face South Africa in its fifth match of the competition.

A little later in the day, the men’s hockey team too did not get the result it wanted, losing 3-4 to Australia in a keenly contested contest. Davis Miles, James Collins, Alistair Murray, Bradely Marais scored for Australia while India struck through Vivek Sagar Prasad, who found the net twice, and Shivam Anand. Both teams scored two goals each after Australia led 2-1 at half time. On Thursday morning, swimmer Advait Page disappointed in Heat 3, finishing seventh. The medal-less day for India came after it won three historic gold medals in as many days. Manu Bhaker and Saurabh Chaudhary won shooting gold medals after weightlifter Jeremy Lalrinnunga gave India its first ever gold in Youth Olympics. India has also won three silver medals in the competition. Another medal could be assured if rising badminton star Lakshya Sen wins his semifinal against Japan’s Kodai Naraoka later on Thursday.