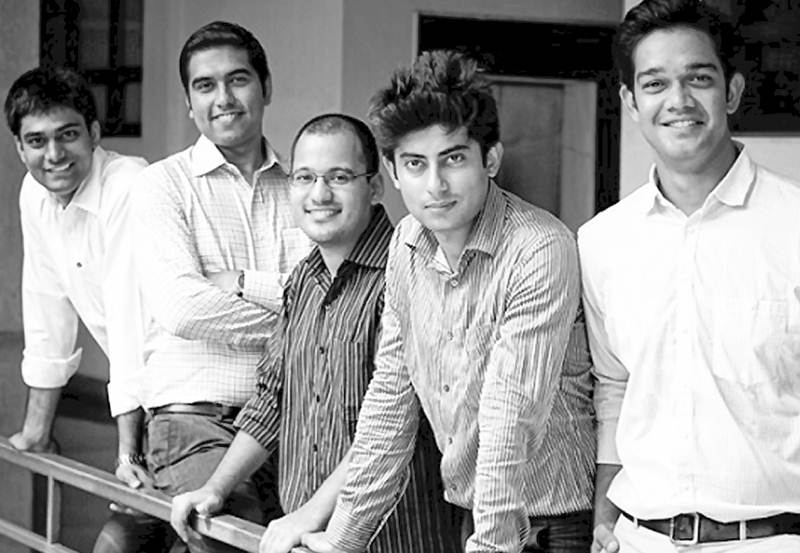 We may not be a part of the developed world yet, but we surely have the intelligence and creativity to reach there. In the last decade or so, India has witnessed a tremendous growth in its indigenously developed technological innovations. Here are some cool innovations by students from across the country that can change our world

Five IIT-Bombay students built an Unmanned Aerial Vehicle in collaboration with Defence Research and Development Organization (DRDO) in 2013. They named it Netra. This drone developed by Ankit Mehta, Ashish Bhat, Rahul Singh, Vipul Joshi and Amardeep Singh came to be immensely helpful during the Uttrakhand floods rescue operations. It looks like a large spider, weighing 1.5 kilogrammes or less, equipped with a high resolution zoom lens that works both during day and night. It has a range of four kilometres, and a run time of 40 minutes before the next recharge.

He already has 17 inventions under his name including an Adjustable Electricity Extension Board and a Banana Leaf Preservation Technology that enables the preservation of banana leaves for almost up to a year. He has already won more than 15 awards including two Guinness World Record attempts. He stays up late at night experimenting in his computer lab and then ends up being late to school. What’s more, he was selected to be mentored by the office of the president house!

Studying chemical engineering at IIT Delhi, three innovative college students developed a device that actually converts pollutants from diesel generators into usable ink! It is founded by Arpit Dhupar along with Prateek Sachan and Kushagra Srivastava. The team worked to launch their pilot project in 2016 and was chosen as the winners of the University of Chicago Urban Labs India Challenge, 2016. The device stops pollutant particles from diesel-run generators from being released into air by connecting with the exhaust pipe. It then collects soot, up to 70% at that, from this smoke and bingo, ink produced. There are 30 Chakra Shields already in operation in the NCR region.

Solar run all in one device

It’s a lamp, USB port and phone charger all rolled into one tiny device the size of your palm. After three years of research, Sachin Kumar from IIT-Bombay invented this solar energy device. His idea was inspired by the need to find alternative options to electricity that does not use kerosene. He teamed up with three of his friends to form Illumind Solartek in 2015, where they’re now manufacturing more of these devices. It sells like hot cakes too; the first batch of 4500 units got sold out in 10 days through door-to-door sales. It costs between Rs 699 and Rs 999.

e-reader for the blind

A teenager from Mumbai, Angad Daryani built a virtual e-reader for the blind using open-source hardware, a solar run boat, Garduino – an automated gardening system, and also India’s cheapest 3D printer called Sharkbot. Taking into consideration the inability of kids in India to buy DIY kits, he also started his own kit company to make it affordable. Yes, he is a teenager.

Transportation for the disabled

13 students from IIT-Kharagpur, all from different departments, worked on solving one issue: transportation for the disabled. They turned an ordinary cycle into a hybrid driverless bicycle that works partly on electricity for people who have physical disabilities such as blindness or amputated limbs. The bike took one year to design and develop. Its features include live tracking and wireless connectivity. It costs less than Rs 30,000, as compared to ordinary e-bikes which cost Rs 40,000 and above.

Shaped in the incubation cell of IIT-Madras, Swapnil Jain and Tarun Mehta developed the S340 E scooter that runs on ‘ather energy’. It was unveiled in February 2016 by the duo’s startup Ather Technologies after three years of research and development. With a Li-ion battery, it can recharge faster than your phone, in less than an hour. The scooter can reach a speed of up to 72 km/h, and is being manufactured in Bengaluru. It also has a touchscreen dashboard, where you can choose scooter profiles, riding modes, set up theft protection, and use navigation. With a cost below Rs. 1 lakh, this scooter will be sold online.

An affordable heamoglobin checker invented by IIT-Delhi’s Ambar Srivastava, this product is the size of a smart phone which can store up to 1000 readings. Developed in 2014, it has been approved by All India Institute of Medical Science (AIIMS) as an efficient tool, which reads blood samples from a strip of paper and gives results in 45 seconds. Currently, a CBC counter costs healthcare centres anywhere between 1 lakh to 2 lakhs, whereas this device costs only Rs 25,000. What’s more, it has rechargeable batteries, lasting for 300 tests after charging, and does not need a continuous power supply.

In a bid to make the life of visually impaired people easy; Anang Tadar, a class XI student of New Galaxy Academy, invented a gadget called Goggle For Blind (G4B), and has left everyone stunned with his brilliant innovation. The gadget G4B will help blind people to detect objects in their surrounding without any physical contact by the means of principle of ‘echolocation’ used by bats. Echolocation is the use of sound waves and echoes to determine where objects are in space. Bats use echolocation to navigate and find food in the dark.His invention was adjudged the most innovative award in recently concluded Regional Level Science Festival at Regional Science centre at Guwahati and was awarded with the Dinanath Pandey Smart Idea Innovation Award.