‘You cannot keep women away from the temple’ 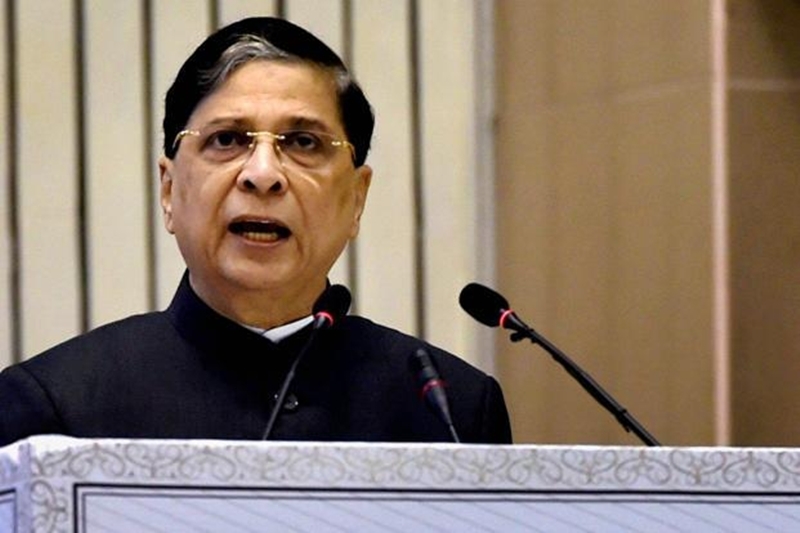 New Delhi:  Observing that an individual cannot be bereft of constitutional morality, former Chief Justice of India Dipak Misra Friday made a strong plea for cultivating the idea of tolerance, acceptance and respecting others’ views. Mishra, who demitted office on October 2, also questioned how anyone can indulge in moral policing when there is a rule of law and a robust and independent judiciary, comments that came against the backdrop of rise in moral policing incidents.

Misra, who headed the benches that delivered a series of judgements on important issues including the criminalisation of politics, adultery, homosexuality, lynching and Sabarimala temple, said constitutional sovereignty was supreme and that India has a robust independent judiciary which is governed by rule of law. The former CJI was addressing the Hindustan Times Leadership Summit. Citing the recent apex court verdict allowing the entry of women of all ages to the Sabarimala temple, he said: “We introduced the concept of constitutional morality and we have said that this morality is one which is evolved by the Constitution. “I am happy that I am described as warrior of gender justice. You cannot keep the women of a particular religion out of a temple. Women have to be respected and she is equal partner of a man in life.”

Therefore, he added, “you cannot keep women away (from the temple),” reports IANS. Misra, who headed the bench which recommended that Parliament enact a law on lynching, questioned how a man or a group can indulge in moral policing and urged the society to “cultivate the idea of tolerance and respecting the views of others”.