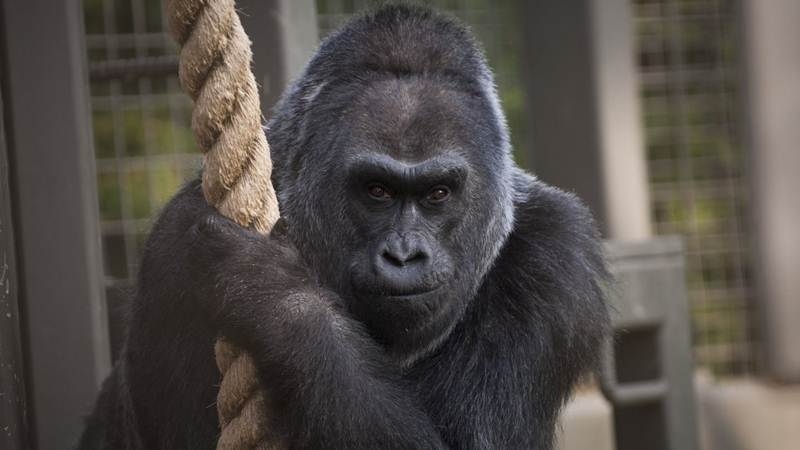 Washington: The world’s first gorilla born in a zoo, a female named Colo who became the oldest known living gorilla in the US, has died in sleep less than a month after celebrating her historic 60th birthday.

At 60, Colo was the oldest zoo gorilla on record and exceeded her normal life expectancy by more than two decades, the Columbus Zoo and Aquarium said.

On December 22, Colo celebrated her 60th birthday surrounded by thousands of fans and with birthday wishes coming from around the world. “Colo touched the hearts of generations of people who came to see her and those that cared for her over her long lifetime,” said Tom Stalf, president and CEO of the zoo.

“She was an ambassador for gorillas and inspired people to learn more about the critically endangered species and motivated them to protect gorillas in their native habitat,” Stalf said. History was made when Colo was born at the Columbus Zoo on December 22, 1956. She was the first zoo-born gorilla in an era when little was known about conserving the western lowland gorilla.

Colo’s first keeper, veterinary student named Warren Thomas, was credited for both Colo’s birth and her survival. He defied orders from then zoo Director Earl Davis to keep Colo’s parents, Baron Macombo and Millie Christina, apart. Despite Davis’ concerns that his prized gorillas would hurt each other if kept together, Thomas allowed them to spend time together, which resulted in the birth of Colo.

Colo will be cremated and her ashes buried at an undisclosed location at the Columbus Zoo. Prior to cremation, the zoo will conduct a complete postmortem examination to further define the cause of death.

A malignant tumour was removed from under her arm on December 3, 2016. At that time surgeons felt they obtained clean, wide margins when they removed the mass and until a necropsy (animal autopsy) is performed it is unknown if the cancer contributed to her death.

Blood and tissue samples will also be collected to benefit the world zoo community’s efforts to learn more about this endangered species. “She was the coolest animal I have ever worked with and caring for her was the highlight of my career,” said assistant curator Audra Meinelt. “It was not just about what she meant for the gorilla community but for whom she was as a gorilla. I’m heartbroken but also grateful for the 19 years I had with Colo,” said Meinelt.