World Music Day Special: For the Northeast, music is everywhere 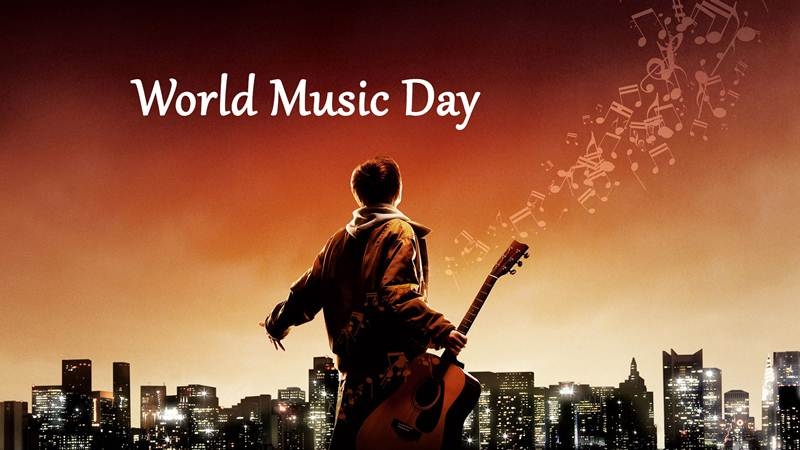 In the run up to World Music Day, we take a peek into India’s Northeast, where music is a way of life, writes Marilyn Gore

“You don’t have to create music, Mother Nature gives it to us, we just have to listen, receive and interpret it,” says Ambar Das, who plays drums, percussion, guitars, bass and blues harp, in addition to singing “a bit”.

We’d been talking about how people in the north-easternstates live the “music everywhere” philosophy behind World Music Day—if not the “concerts nowhere” part of it—and this reminded me of something guitarist Rajiv Senboya had said, while taking a break from recording his latest track, at a studio in Ahmedabad: “No one necessarily sets out to ‘learn’ to play music… You see the older kids with a guitar, you tag along; you have friends who sing, you sing along… The learning just sort of happens.”

Das has 73 studio albums to his credit, and has been associated with a Soul Mate, the East India Company, the Floating Boots Collective, The Mumbai Mariachis, Shankar Mahadevan and Sonu Nigam. Senboya has one Bollywood credit, and is working on his debut album. 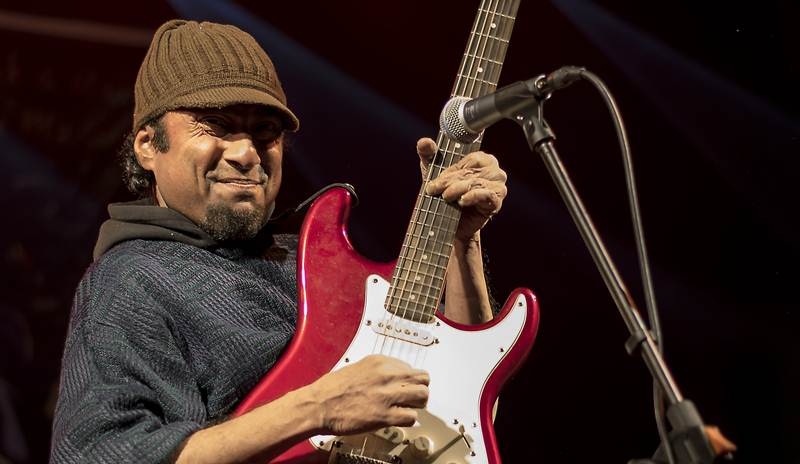 They both began playing music before they were old enough to vote, and they both hail from India’s Northeast (Assam and Arunachal Pradesh, respectively)—a region where music is integral to community life. Or, as Das puts it: “There are songs for every occasion, happy or sad; be it a wedding, a funeral, a date, harvesting, fishing, rowing, or weaving.”

Common Ground
While India is generally known for its music and culture, the Northeast seems to stand out in terms of sheer musical diversity, and density of music festivals. Rock, rock and roll, blues, metal and, more recently, hip-hop, seem to build on arobust tribal folk tradition. That the region has traditionally been home to more than 200 “mostly self-sufficient and independent” tribal groups—fairly isolated from each other, and from the Indian “mainland”—mayhave something to do with that. As a result, Senboya points out, even groups in relative geographic proximity had distinctly different culture, traditions, religions and, by extension, music.

“Most tribal music in the Northeast is based on the 5-note pentatonic scale, which is also a very popular blues scale. For example, traditional Assamese Bihumusic uses a 5-note scale and, when it comes to rhythm, its breakdown into group of twos is quite similar to Afro-Caribbean Reggae,” explains RaktimParashar, a visual/sound artist from Assam whose musical interests were spurred by his mother, and other musicians in the family, who introduced him to various genres including local folk music, metal, jazz and blues.

“Metal is an offshoot of rock, which comes from blues, which emanates from African folk music,” Das adds, in a parallel conversation. However, he says, these are more than just musical genres. “These are lifestyles.”

In-roads from the West
“As a land-locked region, music in the Northeast wasn’t much influenced by that of the mainland. However, people do listen to some Hindustani classical and Bollywood music also. We were introduced to rock and blues via the radio, and LPs (records) that friends and family brought back from abroad,” says HridoyGoswami, one of the organizers of Goodstock—the free music festival in Guwahatiaimed mainly at musicians—and frontman forpower blues band, Spreading Roots.

So, when Western missionaries arrived, the region was fertile ground for the spread of English, guitar-based music, which then led to the popularity of English music, primarily the blues.

Parasharrecalls that music was the only form of entertainment for most people, especially during the 1960s, 1970s and 1980s. “When the student agitations in Assam, Mizoram and Meghalaya were at its peak, the whole town would shut down by sunset. The youth did not have any other form of entertainment; a guitar and a stereo were perhaps their best friend in those days.”

He adds that rock music, much like Western clothes and make-up, was also seen as “an alternative to mainland Indian culture”, by people in the Northeast, who were “still hurt by the Centre’s ignorance and imposed isolation”.

Voice of a Generation
“In some parts of the world, people express their anger through hunger strikes, protest fasting and agitations. For us, rock ‘n’ roll was our voice of dissent…. Growing up in the 1980sand 1990s, when the entire region was in one conflict or other, music was a form of escape,” says Parashar, adding, “Even original mainstream Assamese compositions by the late Dr BhupenHazarika were out and out protest songs which were changed when they got translated into Hindi.” 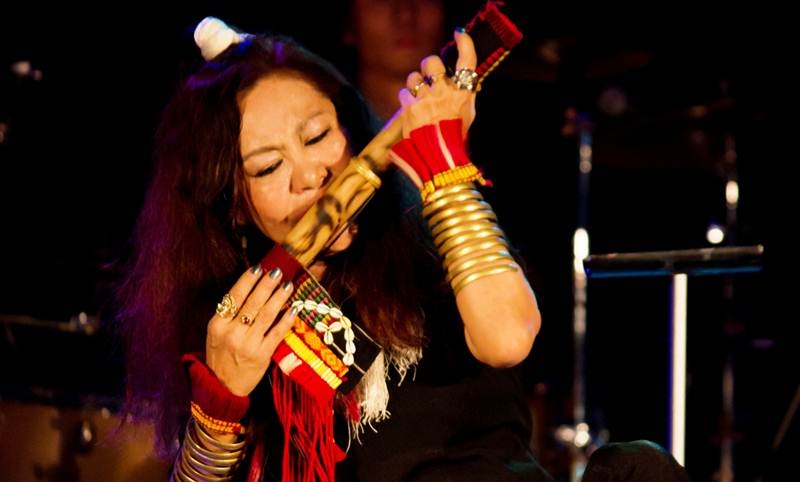 Das concurs. “The Northeast, unfortunately, has seen a lot of pain. The colonial attitude of the Central government gave birth to extremism and the subsequent Army operations,” he says, adding that the youth were raging. “Blues is ok for the pain but a raging youth needs much more. Rebellion was brewing… Hence,metal was bound to become more popular.”

Folk Revival
Although the Northeast is still relatively disconnected from the rest of the country, artists like Papon (AngaraagMahanta) have begun to bringnorth-eastern folk influences to Bollywood. Therefore, it isn’t surprising that folk artists are infusing their music with a taste of the West.

“Guru RewbenMashangva from Manipur infuses his traditional Hao music with folk blues instrumentation. He plays the blues harp, the four-hole Naga flute known as Yangkahui, the Tingteilla (folk fiddle) and a rare cow-bell percussion, as well as using theguitar to create an ethnic folk sound,” Parashar explains, adding, “He has reinvented the Yangkahui, modifying it to suit the western tonal scale.”

Mashangva is not the only one.
Dimapur-based folk-fusion act Grammy-nominee Abiogenesis has combined traditional Naga music with rock elements to create what they call Howey music. The “bamhum”—a new bamboo wind instrument created by Moa Subong, who plays lead guitar and harmonica—gives their music an unmistakable sound.

According to Parashar, Assamese sadhu and rocker PhuNing Ding, aka Phu Baba, has also invented and reinvented several many ethnic instruments to create a distinct form of music, named after himself.

Blurring Lines
While rock, and jazz and blues acts including Soulmate, Lou Majaw and HFT continue to be popular, genres such as house, rap, hip-hop and dub, and even Bollywood music have made themselves at home in the region.

Today, many bands here draw on their considerably extensive musical heritage, both local and global, to blur the lines between genres and languages. If Aizawl-based Boomarang combinesjazz, hip-hop and new-age metal, Purple Fusion melds traditional Naga music with blues, jazz, funk, reggae and rock with lyrics that in a range of languages including English, Hindi, Sema and Angami. If Divine Connection spans rock, blues, jazz, and gospel, theTetseo Sisters combine English and the Chokridialect of the Chakhesang Naga tribe with the traditional one-stringed HekaLibuh. And if Minute of Decay fuses classic rock, Indie folk and contemporary vocals, the repertoire of the Shillong Chamber Choir covers everything from Handel and Bach to Khasi folk songs, revamped Bollywood hits and Christian music.

Fête de la Musique—what we know World Music Day—began in 1982 as a way to promote free music on the streets. Apparently, India’s Northeast doesn’t need a specific day to celebrate music. Here, music is ubiquitous. It is a part of the very fabric of life; in times of joy, in times of grief, in victories and in losses. It lives and breathes, and grows, and changes—both in what it says, and what it does. Eventually, though, it reminds us to be human.