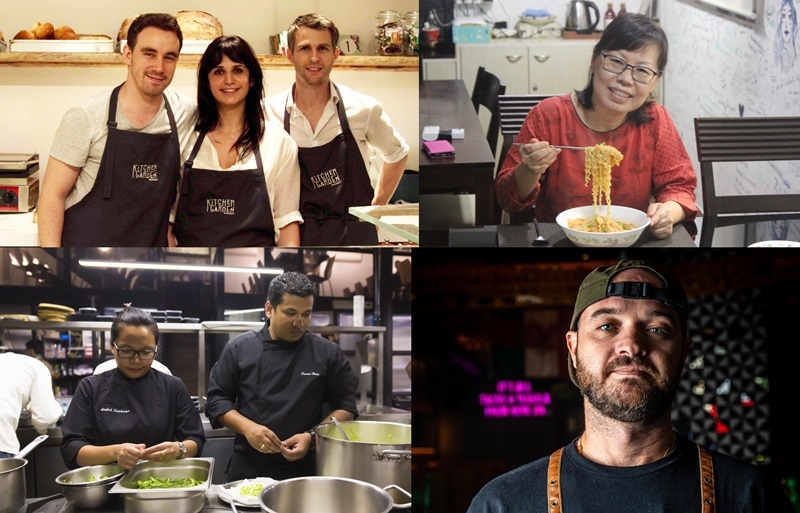 Irish writer George Bernard Shaw once said, “There is no sincerer love than the love of food.” OSHIN FERNANDES connects with foreign restaurant owners serving up their culinary heritage on Indian soil.

Food is a vital part of culture, identity, belonging and celebration. It is an invitation to renew our connections through sharing and is a universal subject of appeal. With changing cultures, it is food that has remained parallel among culinary experts who are assiduous of preserving their heritage. On the occasion of World Food Day (October 16) four chefs from overseas who have flagged themselves in Mumbai confabulate over the challenging task of setting up an establishment that serves their culture on a plate and also reveal their picks for favourite Indian food joints in the city. 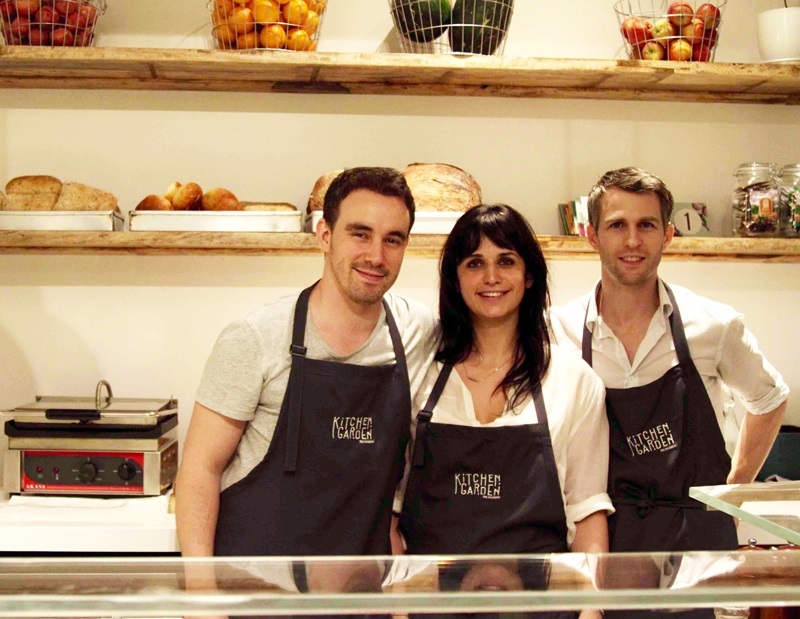 The story: This famous French café-crêperie Suzette was started in 2011 by Antonia Achache with her husband Jeremie Sabbagh and long-time friend and co-owner Pierre Labial. In 2016, the trio launched Kitchen Garden by Suzette in Bandra with a more thorough approach to eating healthy and organic. 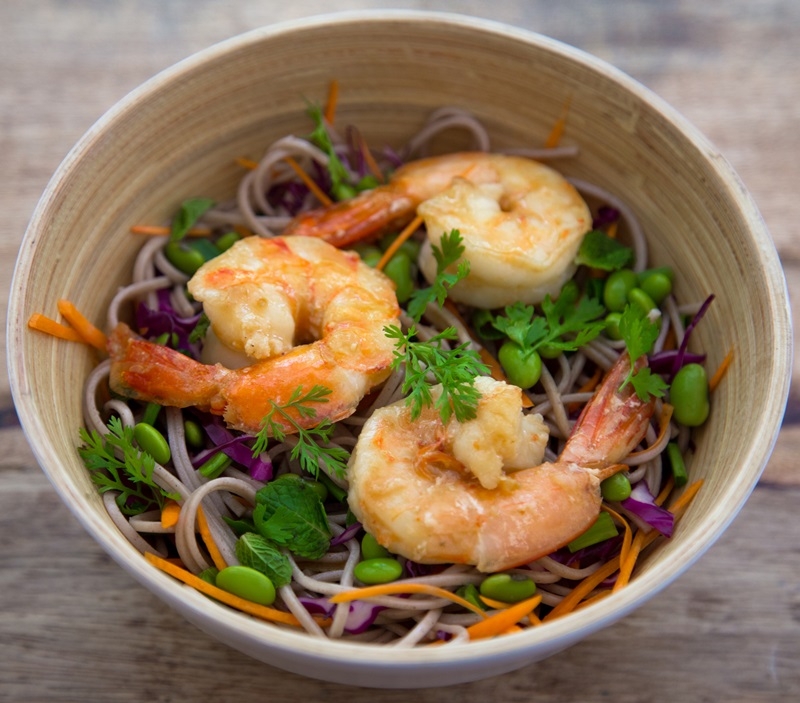 Despite being in India for a long time prior to opening their restaurant, things didn’t come laid out on a platter. The maximum city can be ruthless to those who dare to dream big. But for Suzette, their prior experience in the country served as tremendous backing for survival. Jeremie says, “Finding good real estate in Mumbai is a very important factor, rents are very expensive, and it was difficult back in the day, now it’s easier. We have great support from brokers all around the city. Our brand is well known, enjoys a good reputation, so people naturally come to us.” 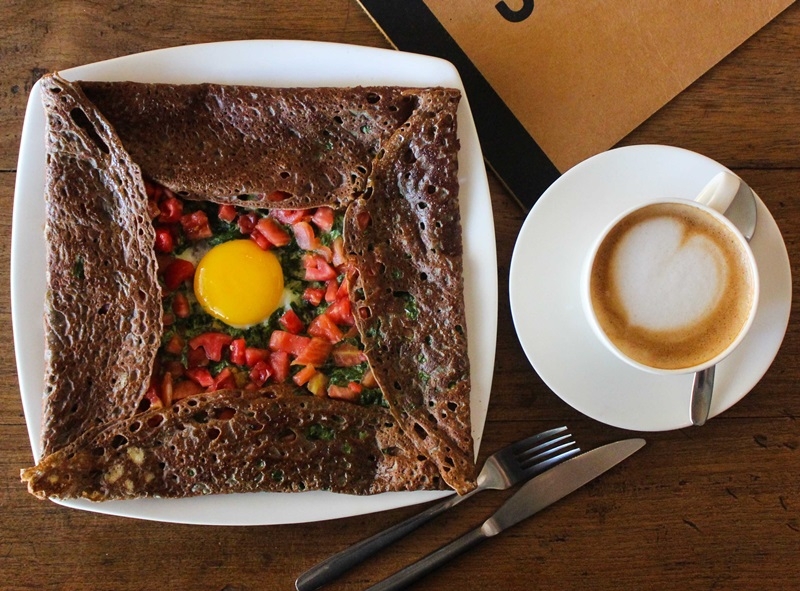 While Mumbai was gorging on a mean breakfast in Udupi restaurants, introducing crepes was indeed a risk on foreign soil. But Sabbagh mentioned that for Mumbaikars crepes were just like dosas but different. He asserts, “Some loved it immediately, some were not convinced. But now people have incorporated it in their daily food. This led to more crêperies to pop up around the city. Initially people would compare our buckwheat crepes to the ones in London. But now for Indians crepes are what they get at Suzette.” He adds, “When you come to a French restaurant you expect authentic. Today, people have travelled across the globe and we are not compelled to serve fusion flavours. New food is like trying wine for the first time. It gets better with time.”

Where to find it: Shree Thaker Bhojanalay 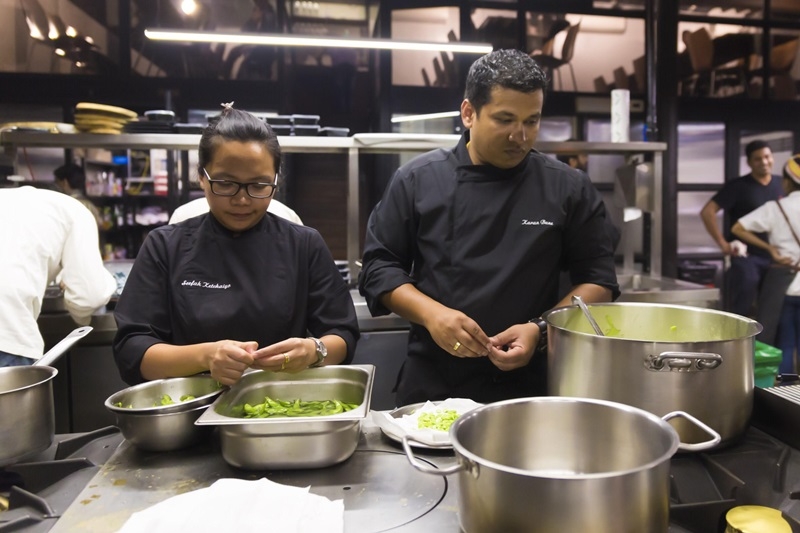 The story: Chef Seefah Ketchaiyo, who runs The Blue alongside her husband Karan Bane, ideated the concept of setting up an authentic Thai and Japanese restaurant. She indicates the fact of how Thai food is misunderstood in Mumbai and that it takes immense effort to put elements on a plate that resemble the mirrored experience of fine dining one would expect in Thailand. 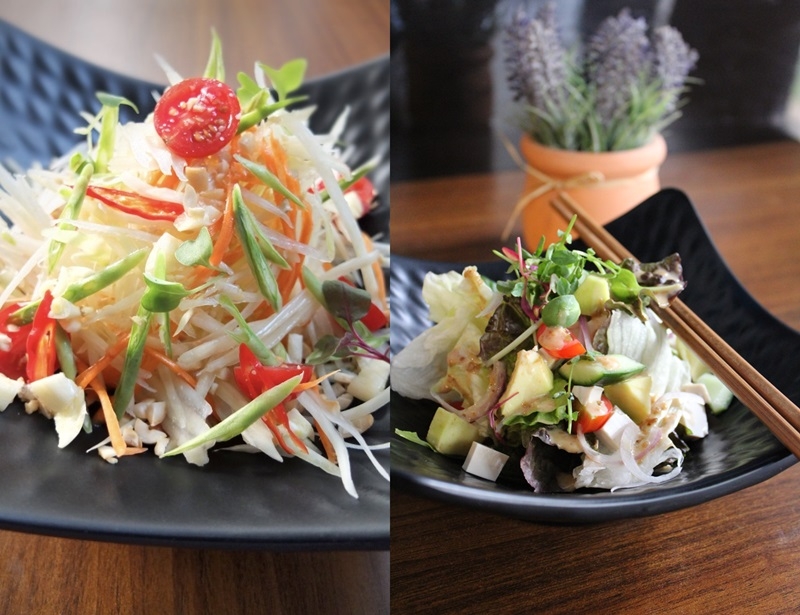 Seefah is assertive about her cuisine and will not compromise to please Indian palates. She says, “I am not an expert in the business but I know this food better because I have been around it from the time I was born. If you ask me to make Indian food I can make it but I cannot do justice to it.” 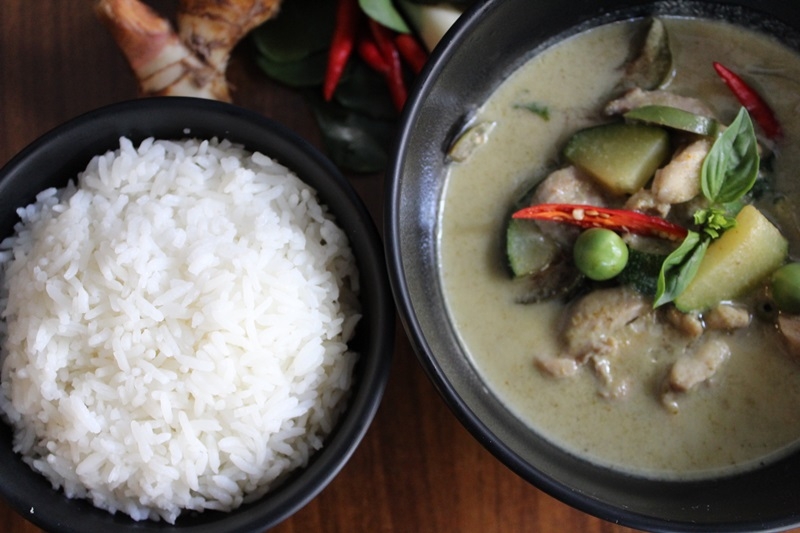 Where to find it: Butter Chicken Factory 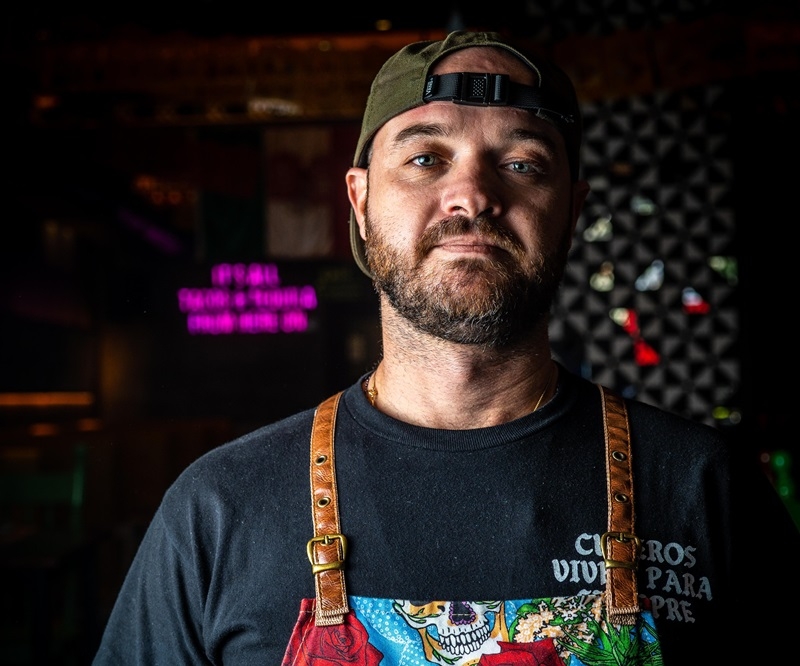 The story: Say Hola to one of Mumbai’s hottest new eateries that isn’t kidding when they speak of traditional Mexican cuisine. Chef Jason Hudanish who is the soul of Xico, speaks of how his cultural fare is beyond nachos and tacos. He suggests the uncanny similarities between Indian and Mexican food is what takes this place a notch above in terms of palate satisfaction. He states, “Your chapati is our tortilla, your chutney is our salsa. The only difference is level of spice.”

Jason agrees that in order to bring Mexico on a plate there cannot be shortcuts. Hence, he engages in preparing rudimentary elements from scratch as they are hard to find in the local market. He affirms, “I need my ingredients the way I like. Which is why I make my cheese myself which include Cotija and Queso Fresco but as for Oaxaca I substitute with mozzarella or Monterey Jack.” 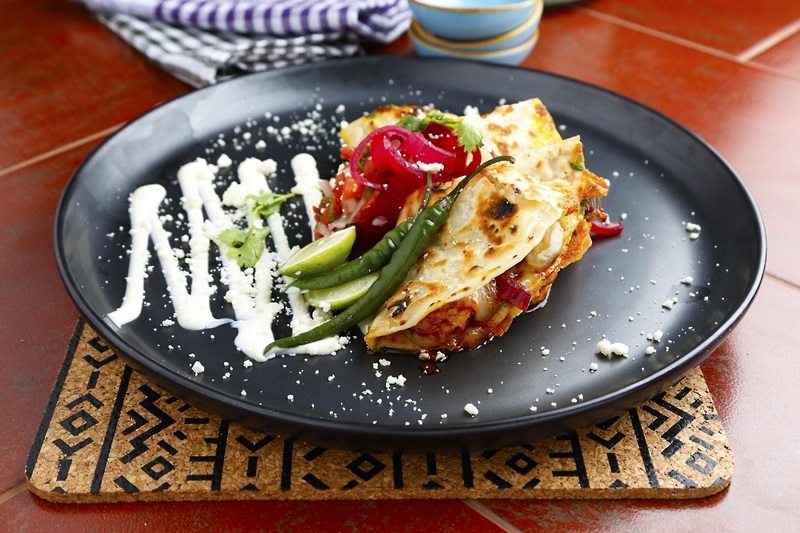 What sets Xico apart is the daring decision of having insects on their menu. For those who wish to tick it off their bucket list, here’s your chance as this opportunity comes for free. “We serve chapulines which are grasshoppers. I don’t charge people for them. It’s just something fun for the guests to try that is traditional in Mexico,” he adds.

With critics prying upon newly popped up restaurants the package of suggestions and altercations come along. But for Jason, they are simply opinions that everyone is entitled to have. “Food is food, you can make it however you want and it’s going to be awesome. Nobody should have the right to tell you whether you’re doing it right or wrong.”

Where to find it: Anywhere on the street 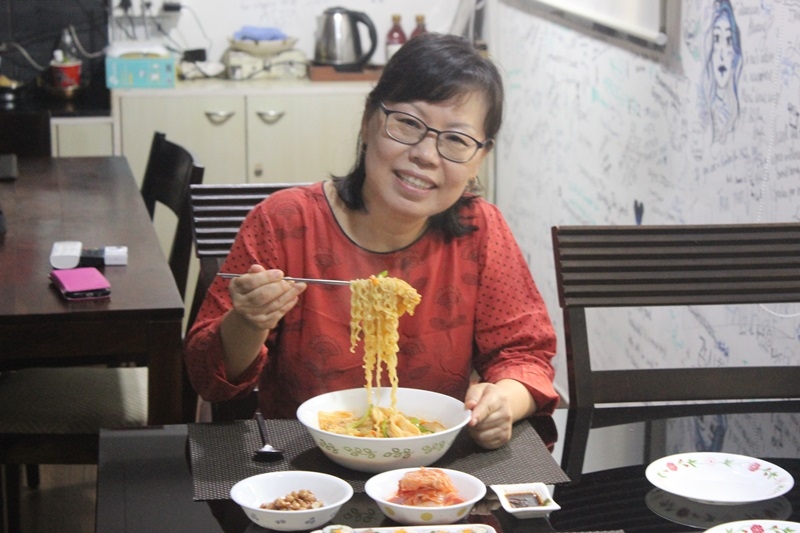 The story: Sunwon has resided in India since the past 15 years. She came in 2003 and set up the first ever Korean restaurant in Delhi. After a migratory period in the northern part of the country, she decided to set up her traditional shack in Mumbai. In a limited seating of merely 6 tables and a whole lot of love, Sunwon is the hands-on chef who whips up all of the items on the menu including an array of side dishes making it one hearty meal. 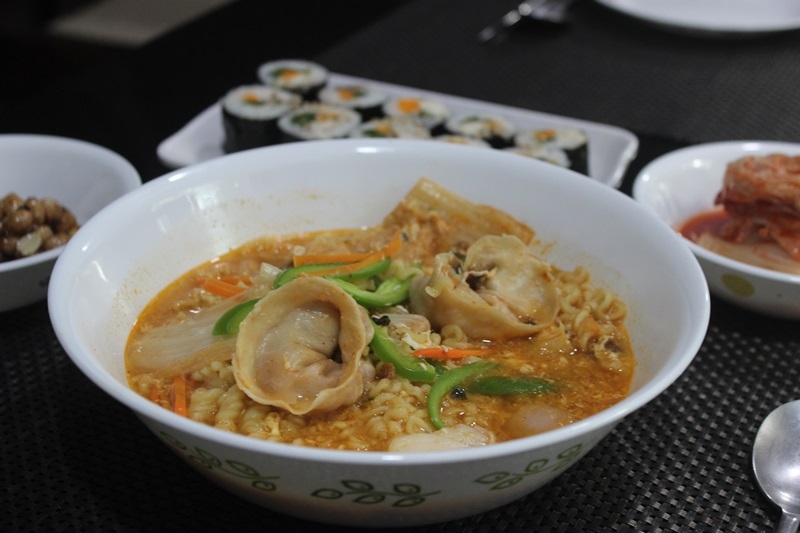 Within five months her restaurant has reached the peak of popularity which reflects on the walls of her diner that lets customers leave a comment on the walls. She is also known to post pictures with her customers on Instagram. But sadly for a humungous style of dining, she says it’s a task to find good estate in the financial capital. Korean food is fairly expensive, but she says there is no substitute for authentic food. “I purchase my ingredients from Delhi which come by train; I buy my fishcakes from Bangkok and go every morning to Sassoon Dock to bargain for the freshest fish. It is expensive for me and may not provide much profit, but I have more customers now and wish to expand my venture in the coming years.” 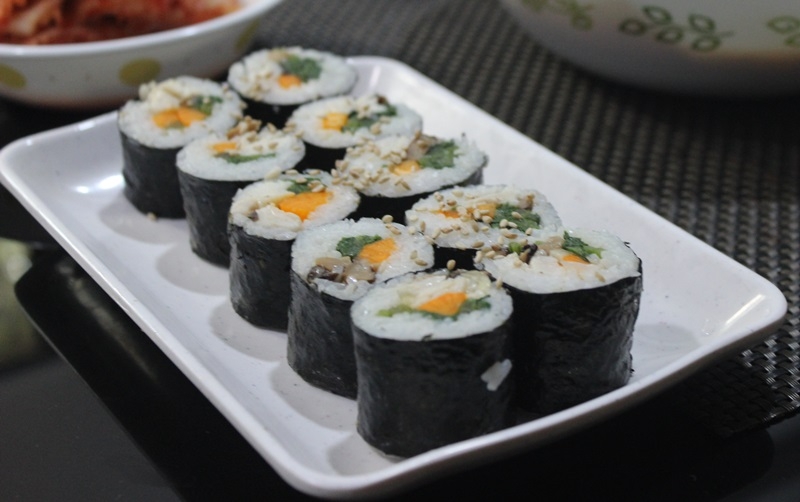 Where to find it: Copper Chimney