While India had a memorable World Cup 2019 overall, with seven wins and just two losses, the second defeat was what mattered the most, as India yet again faltered in the knockouts

The reality of India’s exit from World Cup 2019 is slowly beginning to sink in. It’s time now to analyse what went right and what went wrong. While India had a memorable tournament overall, with seven wins and just two losses, the second defeat was what mattered the most, as India yet again faltered in the knockouts. The fact that they have failed to win any ICC tournament since 2013 is a matter of grave concern. That can be debated at length on a different day. For now, here’s presenting Team India’s report card for World Cup 2019.

Rohit Sharma (9/10): The Indian opener had a sensational World Cup in every sense, with a record-breaking five hundreds, three of them in a row. Following the early exit of Shikhar Dhawan, he carried the team’s batting on his shoulders as Virat Kohli too did not completely meet expectations. With Australia also out of the competition, Rohit will most probably finish as the tournament’s leading run-scorer with 648 runs at an average of 81, one ahead of David Warner, unless Joe Root or Kane Williamson topple him with a hundred in the final. We can’t give him a 10/10 though as he managed merely 1 in the all-important semi-final, even considering the fact that he got a brute of a delivery.

Jasprit Bumrah (8/10): The fast bowler proved yet again why he is the best in the world. Throughout the competition, he got the key wickets at the start, and returned at the death to deliver his unplayable yorkers with amazing consistency. With 18 wickets at an average of 20.61 and an economy rate of 4.41, he stood out. If only the other Indian bowlers had provided him better support. 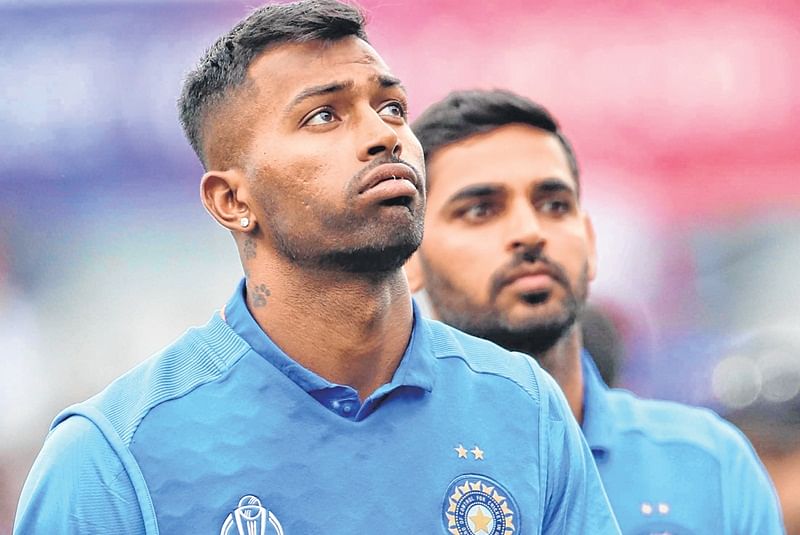 Shikhar Dhawan (8/10): India lost him very early in the tournament with a fracture. But, two matches were enough for him to make an impact in yet another ICC tournament. His 117 against Australia set the tone for India’s memorable run in the league stages. India sorely missed him as the World Cup progressed.

Ravindra Jadeja (8/10): The all-rounder must thank Sanjay Manjrekar for referring to him as ‘bits and pieces’ player. The sharp remark really seemed to fire him up and he responded with a quite sensational 77 in the semi-final, with India completely having their backs against the wall. Jadeja was brilliant as ever in the field and made an impact with his accurate slow-left arm spin as well. 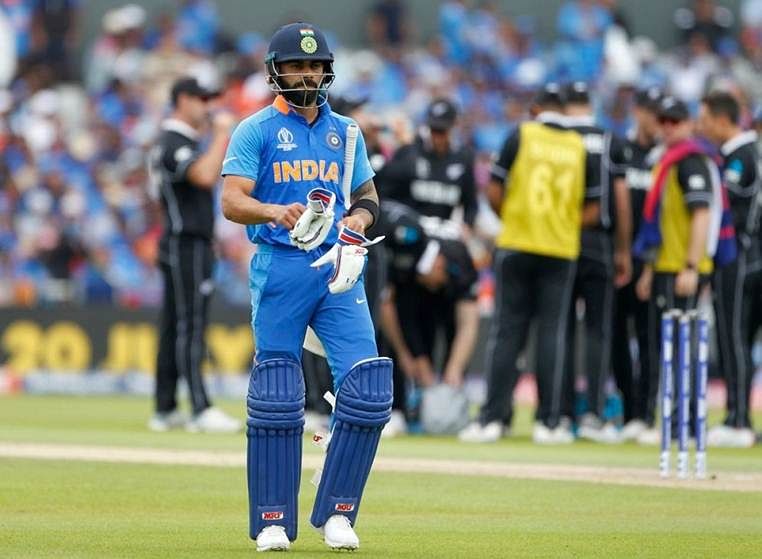 Virat Kohli (7/10): The Indian captain should be disappointed despite registering five fifties in a row. He failed to convert a single half-century into a hundred, which is very unlike Kohli. Also, for the third World Cup in a row, he came a cropper in the knockouts. Questions will definitely be raised about his big-match ability.

Mohammed Shami (7/10): Numbers can sometimes be misleading, and that is the case with Shami when we look at his World Cup 2019 stats. 14 wickets in four matches averaging under 14 seem sensational. He did rescue India against Afghanistan with a hat-trick and was superb against West Indies. However, he was carted to all parts of the ground despite picking a five-for against England. The performance further hurt India’s confidence as the others bowlers, barring Bumrah, were also being brutally attacked.

Lokesh Rahul (6/10): He began the tournament in the middle order before being moved up following the injury to Dhawan. With two hundreds and a fifty, he did not perform badly. However, his strike rate of 77 hurt India, as he never looked comfortable out in the middle in most visits to the crease. His dismissal in the semi-final was a clear case of not learning from mistakes. 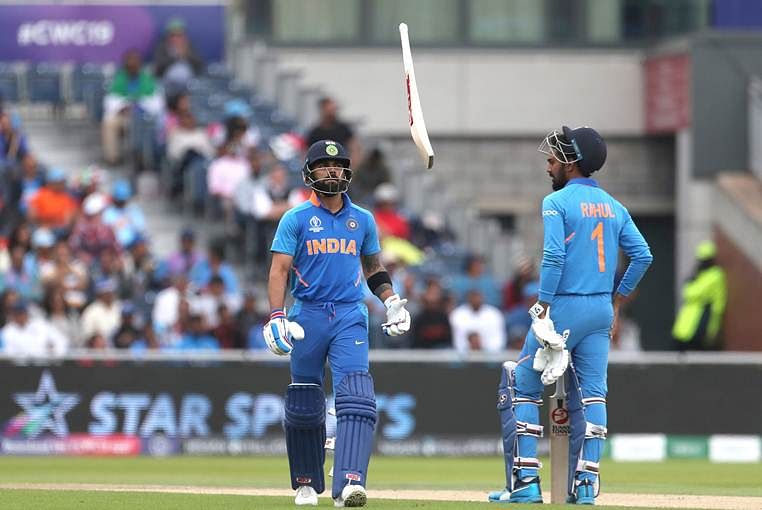 Hardik Pandya (6/10): The World Cup was a big learning curve for Pandya. He played a number of crucial cameos to help India get those quick runs at the death. Pandya was also efficient with the ball, particularly with his quick shorter ones that surprised a few batsmen. However, it was a big opportunity gone begging for the all-rounder in the semis. He battled hard to get himself in only for instinct to get the better of him.

MS Dhoni (5/10): It is hard to dissect Dhoni’s performance in the World Cup. He waited and waited throughout to deliver the final flourish, which never came. 273 runs with two fifties are not bad returns but a strike rate of 87 batting in the slog was a bit too low. Controversy apart, his heart-breaking run-out in the dying moments of the semis summed up his and India’s campaign in World Cup 2019. Almost there but not quite. Bhuvneshwar Kumar (5/10): It was a mixed bag for Kumar, with injury hampering his progress. After starting well against South Africa and Australia, he slipped (and we mean literally) against Pakistan and was ruled out of the next few games. He got his rhythm back in the semis but India’s wretched batting meant his efforts were in vain.

Kedar Jadhav (4/10): There were question marks over his selection in the World Cup squad, and Jadhav did not do much to answer those. Although he got a fighting fifty against Afghanistan, his failure to get the big hits in the death overs hurt India. He and Dhoni were at the centre of the storm as India killed the chase against England. Jadhav failed to do much of note with his bowling as well. Difficult to see him playing for India again.

Rishabh Pant (4/10): There were too many expectations from the young swashbuckling batsman, and the pressure eventually got to him. Pant kept getting starts and kept getting out. Like Pandya, he too had a great chance to turn hero against New Zealand, but lack of international experience proved to be his undoing as he played a terrible shot to give it away. Yuzvendra Chahal (3/10): So much was expected of the leggie in the World Cup, but he proved to be a massive disappointment. 12 wickets at an average of nearly 37 and economy rate of almost were not the kind of returns India wanted from Chahal. After an impressive start against South Africa, things kept getting worse for him, with the ignominy of conceding most runs in a World Cup match by an Indian (88), in the game against England, adding insult to injury.

Dinesh Karthik (2/10): This was a big opportunity lost for Karthik, most probably his last one. Despite calls for Rishabh Pant’s selection in the original squad, the experienced Karthik got the nod, but he failed miserably. Karthik managed only 8 against Bangladesh and seemed lost in the semis against New Zealand, facing 25 balls for his 6, and falling to a miserably loose shot. End of the road it seems as far as international cricket is concerned. 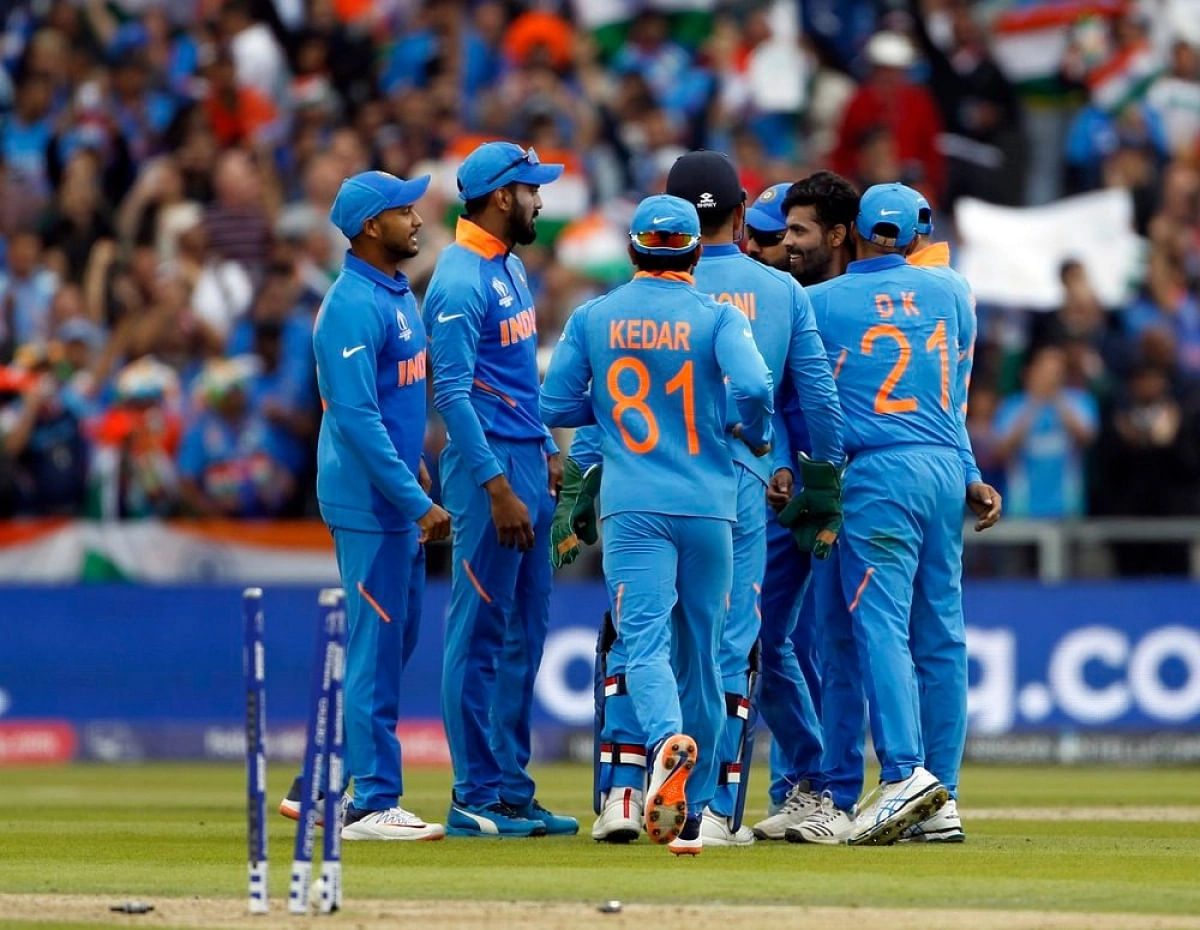 Kuldeep Yadav (2/10): The left-arm spinner went into the World Cup low on confidence and nothing much changed in England although he did put in a good show in the match against Pakistan. Like Chahal, he too was torn apart by England (1/72), and had to be replaced by Jadeja in the latter part of the World Cup.

Vijay Shankar (2/10): Unfortunately, MSK Prasad’s 3-D player could not succeed even in 1-D. Although he got a wicket with his first ball in the World Cup, Shankar was all at sea thereafter, forcing people to wonder whether it was really a toe injury that ruled him out of the tournament.