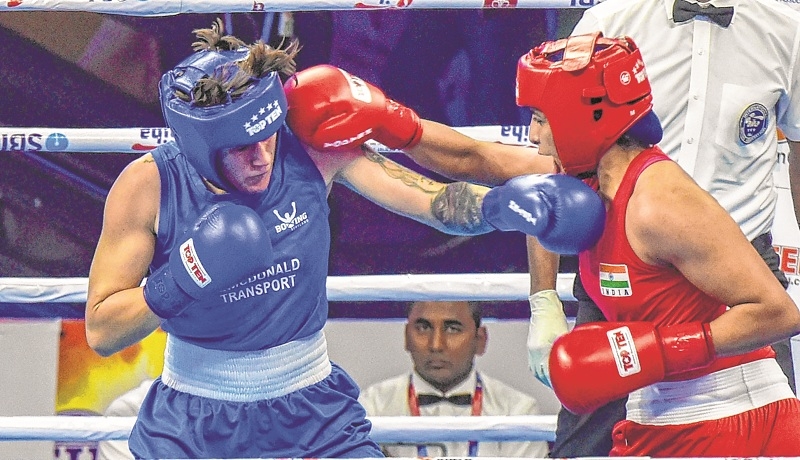 New Delhi: A judging controversy couldn’t stop the Indian juggernaut from rolling with as many as eight pugilists reaching the quarterfinals in the ongoing AIBA Women’s World Boxing Championships on Monday.

Sonia Chahal (57kg), Pinki Rani (51kg) and Simranjit Kaur (64kg) won their respective pre-quarterfinal bouts to place themselves just a step away from assuring a medal while Saweety Boora (75kg) was the lone boxer Indian boxer to lose her bout on an eventful day at the K D Jhadav Stadium.

Former champion L Sarita Devi (60kg) was the second Indian boxer to bow out of the tournament in the pre-quarterfinals after losing to 2016 World Championship silver medallist Kellie Harrington of Ireland in a split 3-2 verdict on Sunday.The best show for the Indians was in the 2006 edition at home when the country won 8 medals. The country won just two and one medal in the last two editions and this one may turn out to be the best in recent times.

The fifth day’s proceedings were, however, marred by a judging controversy when 2014 gold-medallist Stanimira Petrova of Bulgaria (57kg) accused the judges of “corruption” after losing her pre-quarterfinal to India’s Sonia Chahal.