Women’s Day 2017: The story of self-reliance 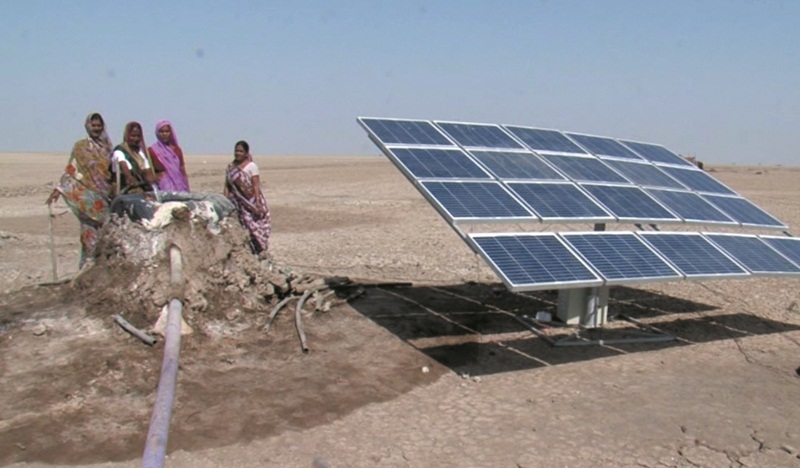 Kapilaben from Ransol village in Anand district of Gujarat worked in tobacco agricultural fields at a daily wage of Rs 7. Apart from this work, she had no identity of her own. But 1989 changed her life. She became a member of SEWA (Self Employed Women’s Association), a trade union in Ahmedabad that works towards the empowerment of women. After technical and managerial support, she shifted from crop cultivation to lilies cultivation. Her income soared by Rs 7000 a year. She paid off her debts and also learnt to save. She learnt the importance of education and educated her daughters. She understood the significance of local governance for herself and for 1600 poverty-stricken villagers. Gradually, she not only began organising the poor members of her village, but also began taking care of savings groups, insurance activities, procuring and marketing of RUDI produces, conducting meetings of members and agricultural workers in her village and bringing them to SEWA forums. Kapilaben is today the President of SEWA. 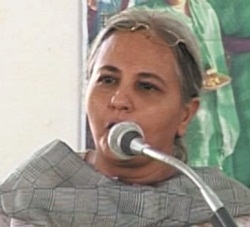 SEWA’s experience shows that women have the capacity to anticipate risks and use their resources; they are well equipped to deal with the realities effectively and can gradually climb out of poverty. — Rehana Riyawala

Sakhiben Aahir from Dhokavada village, who used to accompany her mother, an artisan, to SEWA meetings was not interested in studies at all. But after continuous persuasion from SEWA, she not only studied till the 12th standard but also stayed in a hostel and completed her Primary Teachers Training course. Today, she teaches girls in Shanu’s Classes run by SEWA in her district, Patan, and explains to them the importance of education. Her pupils have gone ahead and cleared tenth standard examination.

These are only two of the thousands of examples of SEWA’s successful empowerment initiatives. The birth of SEWA was triggered by the shutdown of two textile mills in Ahmedabad in 1968 forcing jobless men and women to work in informal sectors to feed their families. Ela R Bhatt, the then head of Women’s Wing of the Textile Labour Association (TLA), was given the task of carrying out a survey on the affected families. She learnt that in order to feed their families, the women worked on differential minimum wages as state laws protected only industrial workers. Her heart went out to them and she decided to organise these self-employed women under a union of the Women’s Wing. SEWA was established in 1972 and Bhatt served as its general secretary from 1972 to 1996.

[alert type=”e.g. warning, danger, success, info” title=””]SEWA’s members have been representatives on many national and international bodies including the Second National Commission on Labor to draft the first ever umbrella legislation for workers in the unorganized sector, and the Advisory Committee of National Commission on Enterprises in the Unorganized/ Informal Sector.[/alert]

“By forming a union, the workers affirmed status as workers and as a result of coming together, they had a voice. The main objective of SEWA is full employment — employment that provides work security, income security and social security, and self-reliance in finance and decision-making, both individually and collectively,” says Rehana Riyawala, Vice President of SEWA.

Today SEWA, a central trade union, is an association of 1.4 million women workers from the informal economy spreading over 100 trades, and exists in over 14 states in India, both in villages as well as cities. Highly structured, it is divided into four major categories: home-based workers, vendors and hawkers, small producers and manual labourers. Governments at the state, national and international level, SAARC, national and international trade unions and multi-lateral organisations are its stakeholders. 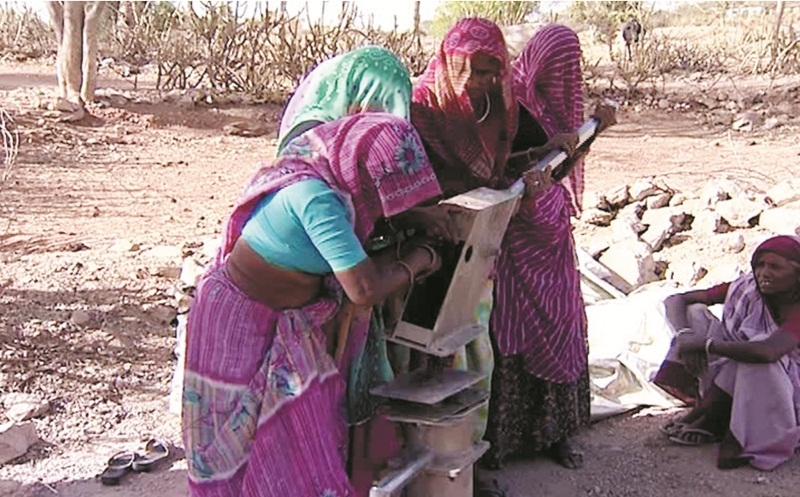 Each of SEWA’s branches is independent and autonomous, both financially and for the decision-making process. Each trade elects their trade representative. “SEWA, now known as a women’s movement, builds the capacity of each member to be an independent and informed decision maker, owner and manager of their own micro-enterprise or service cooperative, and a community leader. The focus is on the poorest of the poor and on maintaining the core values – Gandhian philosophy and ideology,” says Riyawala.

Its members have evolved an 11-point yardstick to evaluate the success of their enterprises. For the marginalized poor in the cities where wide scale infrastructural development does not adopt an inclusive approach for the poor, SEWA has adopted the approach of collective bargaining. Campaigns are built around the issues of the trades and then strategies are evolved around them. That is followed by lobbying and advocating at local, state, national, and international levels with the stakeholders. New or existing policies and legislations that include poor and take care of their social security, welfare benefits, minimum wages, wage increase, bonus, and sustainable livelihood come out of these efforts.

In the rural areas, “SEWA focuses on drought prone areas characterized by lack of employment opportunities, very low wages, low literacy, crippling debts and high rates of forced migration. It creates alternative employment, based on the available local resources and demand from the members. The members are then organized into groups and the capacities are built to increase their bargaining power, thus enabling them to demand their due from the government and the market,” Riyawala informs.

Some of the highlights of SEWA’s work include Earthquake rehabilitation which resulted into integrated village development, livelihood generation, water resources and earthquake or cyclone resistant houses, Millennium Water Campaign that led to decentralized local water management in the drought prone areas resulting in employment and income opportunities to rural communities alongwith access to safe drinking water, and Peace Building after the riots of 2002 in Gujarat. Its Haryali concept for green livelihood, and Kausalya, a large scale innovative skill development trainingprogramme, have strengthened green initiatives, bargaining power, livelihoods and entrepreneurship.

In 1974, SEWA established its own bank, Shri Mahila SEWA Sahakari Bank (known as SEWA Cooperative Bank). Its SEWA Mahila Housing Trust opened Karmika School for construction workers in 2003. Sangini and Shaishav – its childcare cooperatives, employ hundreds of women. Its various childcare centers can respond to droughts and other natural disasters with food, water and shelter. Its women members have taken loans and constructed homes, putting their names on the titles of the properties. It also runs health insurance and its initiative, Vimo SEWA provides hospitalization insurance for a meagre amount.

SEWA now plans to reach a membership of 2.5 million and strengthen inclusive development of the Informal Economy Workers by bringing them in the mainstream. “SEWA’s experience shows that women have the capacity to anticipate risks and use their resources; they are well equipped to deal with the realities effectively and can gradually climb out of poverty,” avers Riyawala.