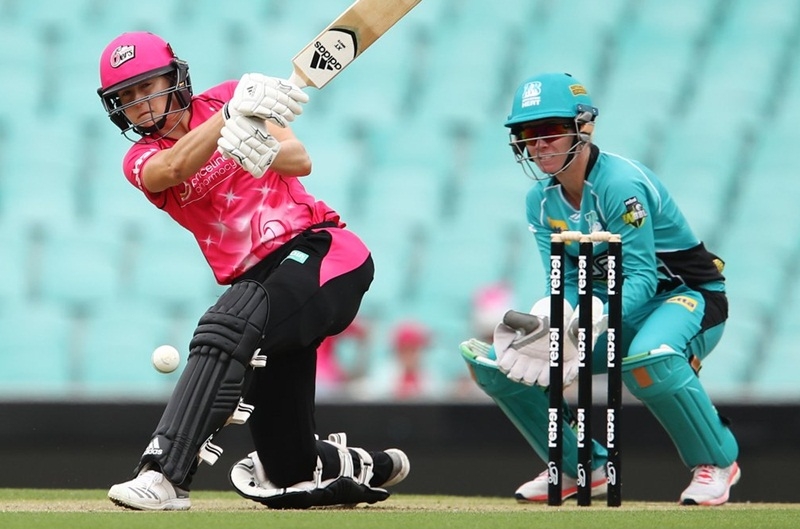 Sydney: Australian woman all-rounder Ellyse Perry scored her second century of the ongoing 2018-19 season of the Women’s Big Bash League (WBBL) on Saturday. The 28-year-old played an impressive knock of 103* runs off 64 balls which included 10 fours and five sixes as her side Sydney Sixers registered an 11-run victory over Brisbane Heat.

Batting first, Sixers got an early jolt as one of their openers Alyssa Healy lost her wickets at a score of two runs. But Perry did not let her side succumb to pressure by doing a commendable job at number three. She helped her side put a formidable total of 166 runs on the board.

In reply, Brisbane Heat could only manage 155 runs at the end of the 20 overs.
Earlier this month, Perry had smashed the first century of the ongoing WBBL season during their match against Perth Scorchers. The all-rounder has smashed 102* runs off 59 balls which included 14 fours and two sixes. Perry is also the leading run-scorer of the tournament having scored 1785 runs at an average of 48.24.