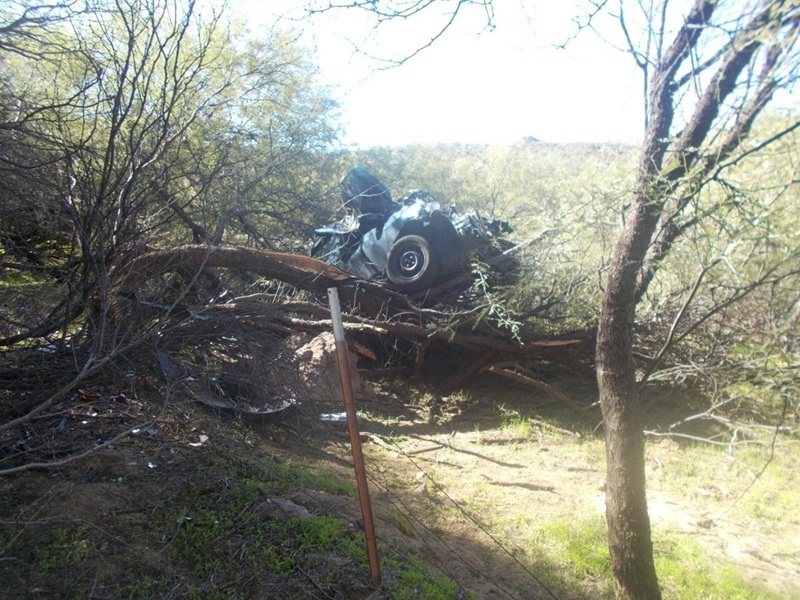 Phoenix: A woman was rescued six days after having a road accident in which her automobile plunged 50 feet and remained hanging in a tree near Wickenburg, Arizona, the state Department of Public Safety (DPS) reported. According to DPS, the 53-year-old woman’s car went off the road on October 12, smashing through a fence and landing in a tree, where she — and the vehicle — remained suspended for days.

The woman told officials that she stayed in the car for several days, but when she wasn’t rescued she decided to leave the vehicle, climbing down and walking until she reached some railroad tracks, reports Efe. She continued along the tracks hoping that someone would find her, but she was not able to get far because of the injuries she had suffered in the crash. Eventually, a rancher who happened to be working nearby spotted the car and alerted the authorities.

Emergency teams found the woman’s tracks leaving the car and followed them until they found her seriously injured and dehydrated, lying next to the Hassayampa River. An air ambulance helicopter was dispatched to the site and transported the woman to a nearby hospital. Officials did not identify the women or provide any further details about her injuries or the cause of the accident.