‘Will not join the Shiv Sena ever’, says former Congress MP Priya Dutt 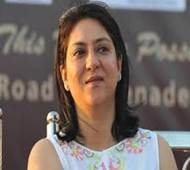 Speculations regarding Dutt joining the Shiv Sena had erupted after her visits to Shiv Sena chief Uddhav Thackeray twice in past few days. However, putting an end to the speculations she said that she had met Uddhav for her personal work and the reports regarding her joining Shiv Sena are absolutely baseless.

“I’m a loyal member of the Indian National Congress and will not join the Shiv Sena ever,” Dutt told FPJ on Monday. “I met Thackeray twice regarding anniversary of Nargis Dutt foundation. We wanted his photographs to be included in the exhibition. My meetings were in that regard,” Dutt said.

However, sources in Shiv Sena said that Dutt was aspiring for a Rajya Sabha ticket and wanted the Sena’s support. She made a request to Uddhavji in this regard when she first met him in the month of May, a senior Shiv Sena functionary told FPJ on condition of anonymity. She was hoping for Rajya Sabha ticket and was eyeing the nine extra votes that Shiv Sena had, the functionary said adding that upon hearing the request Uddhav Thackeray appealed her to join the party instead of seeking just outside support.