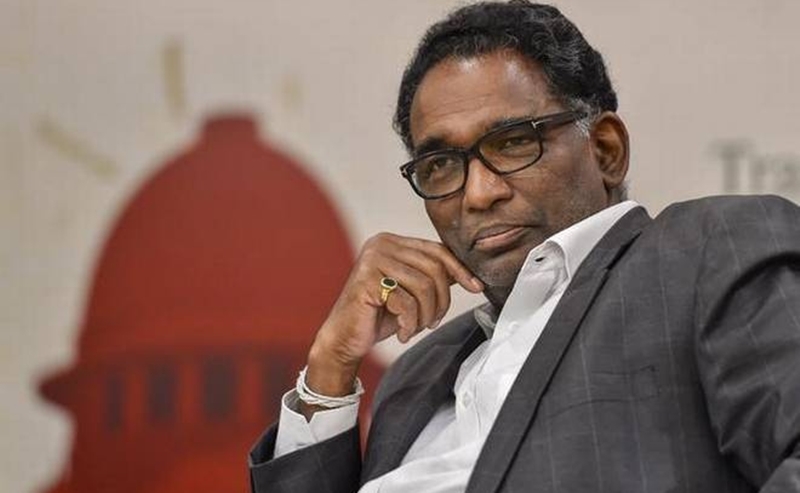 New Delhi : Will Justice J Chelameswar share the dais with Chief Justice of India Dipak Misra today? Though the cause list of the apex court for Friday mentions his name in the bench headed by the CJI, attempts to reach Justice Chelameswar’s office for confirmation did not fructify.

It is a custom in the Supreme Court that any retiring judge on his last working day, shares the dais with the CJI in court number 1.

The question has created lot of speculation in the legal circles whether Justice Chelameswar, the senior-most judge in the apex court who led a virtual revolt against the CJI by holding the January 12 presser, will sit with him on the last day of normal working of the Supreme Court which adjourns for summer vacation from May 19.

The judge will retire on June 22 when the court will be on vacation.

However, it is a bitter truth that the senior most judge has been on the other side of the CJI on issues like allocation of cases or collegium-related matters, which became apparent after the January 12 press conference.

Justice Chelameswar has also refused the invite of the Supreme Court Bar Association to attend the farewell function in his honour, which was proposed for Friday.

Chelameswar on Thursday received glowing compliments from top lawyers for his judicial approach, with former law minister Shanti Bhushan even equating with Justice H R Khanna, the lone dissenting voice in a verdict that had upheld suspension of fundamental rights during the Emergency.

The remarks by Shanti Bhushan and Dushyant Dave came a day before the court adjourns for summer vacation which could also be the second last day of his judicial work.