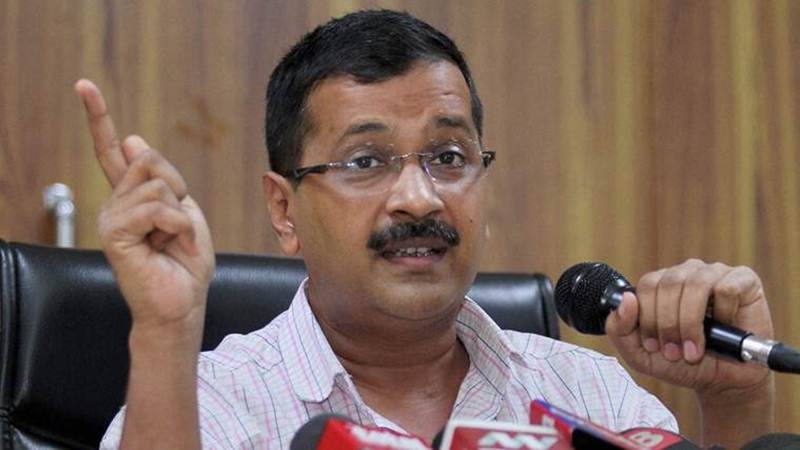 New Delhi: Delhi Chief Minister Arvind Kejriwal on Tuesday said that his government would reintroduce odd-even scheme in the capital to combat the problem of air pollution, which continues to wreak havoc with the denizens.

Chief Minister Kejriwal said “New 3,000 eco-friendly buses will soon hit the streets in order to make the city much cleaner and greener. Our government is taking all preventive measures to fight against the pollution. We did a huge plantation of trees in Delhi.” According to the state-run SAFAR, a thick blanket of smog engulfed the region on Tuesday morning as the air quality plummeted to the hazardous category with 423 in the morning.

At Lodhi road, the air quality index (AQI) was 315 with PM (particulate matter) 2.5 at 830 am. In Wazirpur area, the air quality also dipped to the severe category with 400. Also in the capital’s famous locality Mathura road, the AQI fell to 344 with PM 2.5.

Experts have predicted that the air quality will continue to oscillate between the ‘very poor’ and ‘hazardous’ category till next week because of not so favourable weather conditions.

People residing in Delhi have been advised to wear a mask before going outside. People having a cardio-respiratory problem, children and pregnant women have to take care of their health in pollution,” said Dr Randeep Guleria, Director, AIIMS, New Delhi.

Talking about the solution to curb the toxic cocktail of gases in Delhi, Dr Guleria said “Overall solution is a holistic plan where individuals have to take part, they start using public transport, less use of cars especially diesel vehicles.” “Also we have to encourage environment-friendly vehicles like electric vehicles. There should be a major policy for the dust of construction-related work,” added Dr Guleria.

A research paper titled ‘India State-Level Disease Burden Initiative’ published in The Lancet Planetary Health journal has revealed that one out of every eight deaths in India is attributable to the menace of air pollution. The report has further revealed that the average life expectancy in India would have been 1.7 years higher if the toxic air level was less than the minimal level causing health issues.