Will Croatians have Russian salad for dinner? 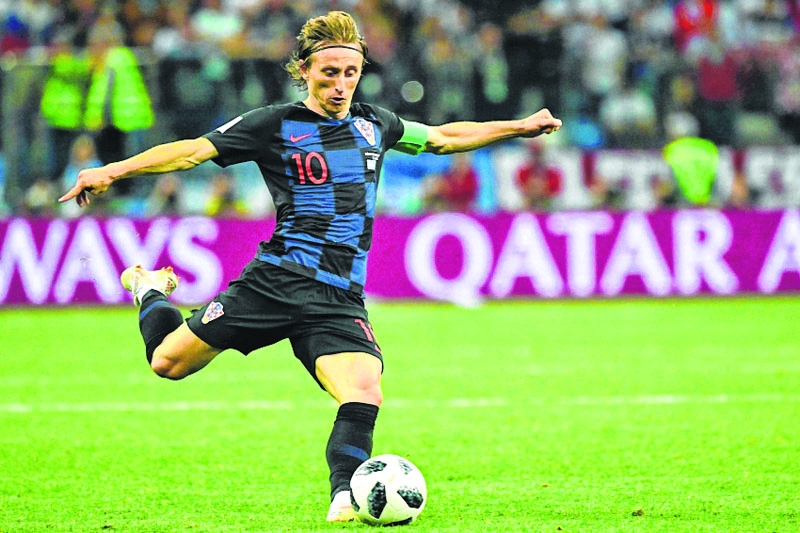 Sochi : Twenty years ago, Croatia made its World Cup debut with a result that happened only once previously in the tournament’s history and has never been topped. Finishing in third place the first time it participated in soccer’s biggest showcase set a lofty standard.

The Croatians’ memorable run to the semi-finals in 1998 remains a moment of pride for the country. It also created a shadow every successive Croatia team has been forced to deal with and has not come close to matching. Until now.

Croatia can equal what that 1998 team did if it beats Russia on Saturday in the quarterfinals and perhaps finally rid itself of that 20-year shadow.

The current squad of stars such as Luka Modric, Ivan Perisic, Mario Mandzukic and Ivan Rakitic will be held in the same esteem as the stars of ‘98 such as Davor Suker, Zvonimir Boban and Slaven Bilic with one more victory. Or if they can’t get past the home team, they will be the latest Croatia team to fall short.

“It has been talked a lot about the two teams and their similarities,” Perisic said.

“They achieved a historic result in France. Now we’ve come close and hopefully we can even do it a little bit better than them. We know our quality and we believe in ourselves and we are on the right track at the moment.”

The current group of Croatians has become tired of hearing about what happened in 1998.

It’s not a matter of respect – there is great admiration for what the ‘98 team accomplished – but matching or exceeding what that team did has been a burden in every major tournament for the past 20 years.

As Rakitic said recently, “At this point we need to forget about them, with all respect to them.”

Croatia’s third place finish in its debut has been equaled only by Portugal in 1966 when the tournament featured just 16 teams. The 1998 team finished second in its group, beat Romania in the round of 16 and knocked off Germany 3-0 in the quarter-finals.

Croatia lost to eventual champion France in the semifinals, but rebounded to beat the Netherlands and finish third. It’s what Croatia has done – or hasn’t – in the four World Cups since that debut which has created the shadow this team plays under.

“It was different football 20 year ago,” Ante Rebic said.

“They achieved a top fantastic result. We are now on a good way and have great support in Croatia and I believe in our team we can do something similar.”

The 2002 and 2006 tournaments were particularly frustrating because a win in the final group games would have advanced Croatia to the knockout round.

Even the European Championships haven’t been kind. Croatia reached the quarterfinals in its first tournament in 1996 and has advanced that far only once since. Croatia has never made the Euro semi-finals. “Our goals are higher,” defender Domagoj Vida said.

“God-willing we would like to lift the World Cup trophy. That’s what we are here for.”

Croatia is the heavy favorite in the quarterfinal matchup with the host team, and a win over the Russians would be held in the same esteem as its quarterfinal win over Germany that happened 20 years ago this week.

Modric may be the favorite for the Golden Ball as the best player in the tournament thus far. Goalkeeper Danijel Subasic has become a national hero for saving three penalties to advance Croatia past Denmark in the round of 16. And Croatia is on the side of the bracket where playing in the final seems entirely possible if it can beat the Russians.

That would certainly eliminate the pressure that still lingers from 20 years ago. “It was a dream to be in a similar situation one day. Now is the time and hopefully we can achieve a similar result,” Perisic said. “That’s why we are really looking forward to the game against Russia.”

COACH: Stanislav Cherchesov played for Russia at the 1994 World Cup and 1996 Euro. He made 39 appearances for a national team. Cherchesov also made one appearance for the FIFA team in the charity game against America in 1995.

COACH: Zlatko Dalic, after ending playing career in 2000, became assistant coach at Varteks. From May 2002 to May 2005 he worked as club’s sports director.