Why PM Narendra Modi’s interview felt like a PR exercise 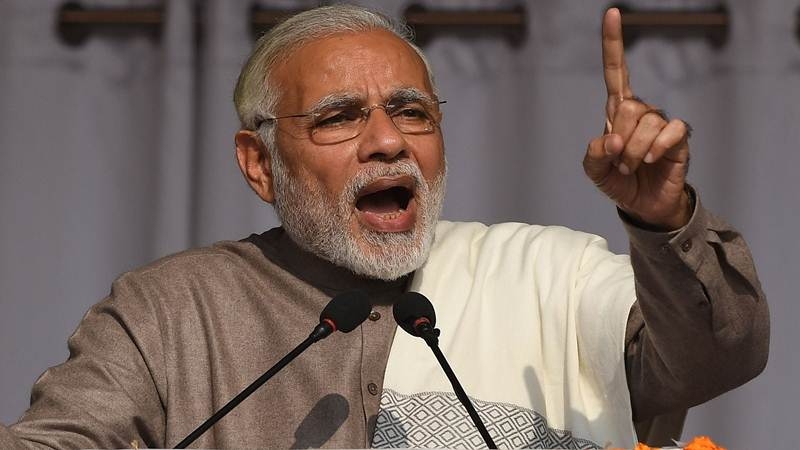 Sunday evening as you are sitting at home and watching a rather over-rated biopic on Phogat sisters (no, I am in no way undermining the effort of Phogat sisters, I am just a critique of the work of fiction being sold as reality) you cannot help but notice annoying pop-ups on the Zee network coaxing us to watch a rather boring interview of the best Prime Ministers of the country. To be honest, I like Narendra Modi, he is quite a hardworking leader and the impact of his persona is seen all across the globe. He also makes it to the top three leaders of the world list. He has shaken the political system in India, for the good or for the bad that only time will tell, because lack of opposition is not an ideal scenario for a democracy to flourish. However, just before the weekend, Modiji gave a couple of interviews to TV channels.

Modiji gave his precious time to two television networks, Zee and Times Now, but the channels are known to be big fans of the Prime Minister. And their fandom was on display during the course of the interview as well. It has been quite a while now, that I have given up watching TV debates and or Indian television at all. Indian television is known to dumb-down content, undermining the intelligence of its audience, and this bit happens even at the news channels (remember how most TV channels found a hidden GPS chip in the new Rs 2000 note?).

Coming back to calling Zee News and Times Now fans of our Prime Minister, I followed television for quite sometime before giving up on the cacophony altogether. And, during the phase that I followed Indian television media, it was very clear that it was full of ‘sound and fury, signifying nothing’. These networks have their opinions very well aligned with that of the government and are seldom found bashing the opposition rather than the government.

The constant shouting and talking over each other is what defines the so-called ‘Prime Time debates’, which are rather meaningless, intended to spread hatred and make money. The anchor of these debates shout on top of their voices to make a point. They often go to an extent of calling the experts of the subject to their studios and tell them that the experts are wrong and what they are saying is right, their beliefs are right, and if someone happens to disagree with them, then as clichéd as it may sound, all ‘hell breaks loose’.

The questions asked by the journalists to the Prime Minister sounded more like a PR gimmick rather than the journalists questioning the Prime Minister of the country, who has been at the office for more than 3 years, during which he has managed to do all the good that he has claimed, but let us not forget he has faltered too. Demonetisation and GST both were big failures, and therefore the journalists/anchors, just like they force people on their show to accept that their right by constantly repeating their rhetoric, should have repeated the rhetoric and questioned the Prime Minister, but it wasn’t to be because they do not believe that Demonestisation was a failed exercise.

Journalism is about questioning the powerful, questioning the establishment, of course, you can appreciate the good that the man has done, but if you really want to know the strength of the man to keep working even at this age, you might as well want to rename yourself as a Brand management organisations or PRs. If you are journalists, ask the man, why he opposed the idea of Aadhaar during UPA and completely endorses it, during his regime. Why or what changed his opinion? Why was he against FDI in retail during UPA but has now sanctioned 100% FDI, why the petrol and diesel are still costly when the global price of crude is low?

What does he feel about the deaths of the common man during demonetisation? Why at public appearances he says art should not be restricted and creativity should have all the freedom it needs, but refuses to make a single comment, when the Karni Sena is threatening to divide the country just for a movie, with the backing of his own party men? Or what he thinks will happen to Muslim women after her husband is jailed for divorcing her (I am not for triple talaq). What was the reason, that you accused former Prime Minister Manmohan Singh was conspiring with the aid of Pakistan foreign minister?

The medium that the Prime Minister chooses to convey his message to his countrymen is his prerogative, he can choose the TV channel that he prefers. But, the journalist, in not asking the questions that need to be asked along with the compliments that they want to shower, are not doing the Prime Minister or the country any good. The Prime Minister constantly talks about the importance of criticism in democracy, and in the times where the opposition is lacklustre, the media should up the game and hold the mighty accountable and not be PR agents.