‘Why does world look at Pakistan as terror factory?’ – Sushma Swaraj 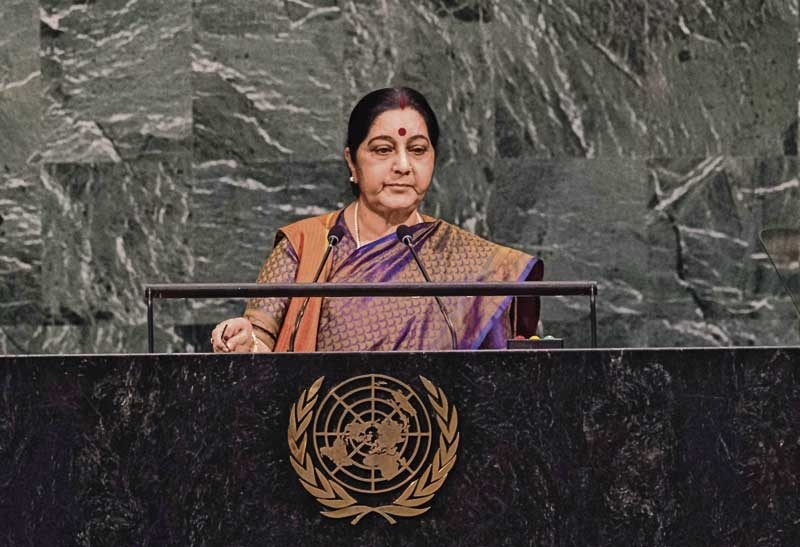 Mumbai : Hitting out at Pakistan for creating terror groups like LeT, JeM, Hizbul Mujahideen and the Haqqani Network, India on Saturday asked Pakistani leaders to introspect as to why their country is infamous as the “pre-eminent export factory for terror”.

In her hard-hitting speech, Swaraj accused Pakistan of waging a war against India and said a country that has been the world’s greatest exporter of havoc, death and inhumanity became a champion of hypocrisy by preaching about humanity from this podium.

“I would like today to tell Pakistan’s politicians just this much, that perhaps the wisest thing they could do is to look within. India and Pakistan became free within hours of each other. Why is it that today India is a recognised IT superpower in the world, and Pakistan is recognised only as the pre-eminent export factory for terror?” Swaraj asked.

India had ripped into Pakistan on Friday, describing it as “terroristan” and a land of “pure terror” that hosts a flourishing industry to produce and export global terrorism. Speaking in Hindi for the second consecutive year at the annual UNGA session, Swaraj said India has risen despite being the principal destination of Pakistan’s nefarious export of terrorism.

“We established scientific and technical institutions which are the pride of the world. But what has Pakistan offered to the world and indeed to its own people apart from terrorism?” she said, referring to the institutions such as IITs, IIMs and AIIMS.