Why do Buddhists celebrate Guru Purnima? 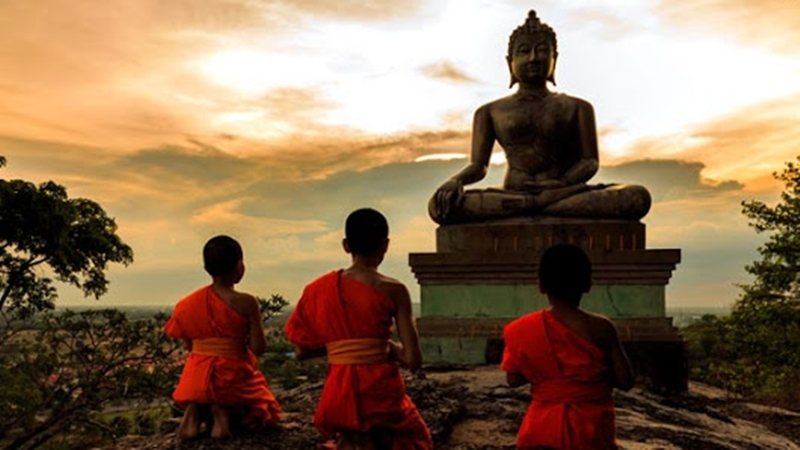 Guru Purnima is celebrated to pay respect to spiritual and academic gurus and teachers. The day falls during the Hindu month of Ashadha (June-July) on the full moon day i.e. Purnima. Buddhists celebrate the day in honour of Lord Buddha who gave his first oration to five monks at Sarnath in Uttar Pradesh, about five weeks after his enlightenment. Lord Buddha attained liberation by subjecting himself to severe austerities for six years.

To attain the enlightenment he had left his five friends. Using the spiritual power, Buddha realised that his companions would be able to understand his preaching and he decided to teach them. His first oration is called Dhammacakkappavattana Sutta (Dharma Chakra Pravartan Sutra). The day was full moon day of Hindu month Ashadha. Hence, the Sangha, the community of the religious ones was found. The members of the community grew to 60 very soon. These 60 monks are called as ‘Arihants’. Buddha then sent all the Arihants in all directions to teach Dharma.

Also read: Guru Purnima 2017- Significance, tithi, legends and all you need to know

The followers of Buddha observe ‘Uposatha’ meaning ‘the cleansing of the defiled mind’ to gain inner calm and joy. For Buddhists rainy season i.e. Varsha Vassa starts on this day. During this period, monks stay in temples to practice intensive meditation. On this day, people also adopt ascetic practices including quitting alcohol, smoking and consuming meat.

For Hindus, the day is commemorated as birth anniversary of Ved Vyasa, author and character in the Hindu epic Mahabharata. On Guru Purnima, disciples pay respect to their Guru, a spiritual guide who enlighten principles in life by his teachings.