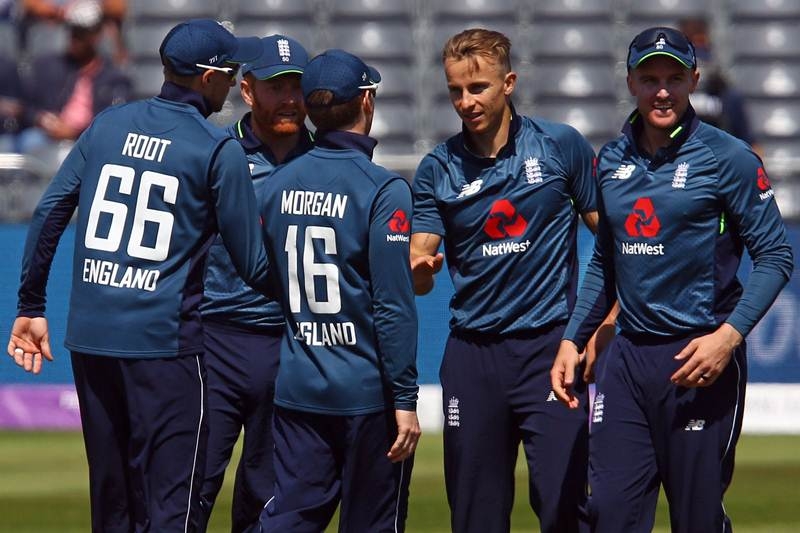 England's Tom Curran (2R) celebrates with team mates after taking the wicket of Pakistan's Haris Sohail (unseen) for 41 runs during the third One Day International (ODI) cricket match between England and Pakistan at The Bristol County Ground in Bristol on May 14, 2019. (Photo by GEOFF CADDICK / AFP) |

If anyone had a doubt over the credentials of England as top World Cup contenders, they must surely have been put to rest after England bulldozed Pakistan in what was supposed to be a massive chase of 359. They won the game at Bristol by a handsome margin of six wickets and, rather incredibly, with 31 balls to spare. That too without their chief big hitter, Jos Buttler, who was rested for the game.

England, the place where cricket was born, have made it to the finals thrice before, in 1979, 1987 and 1992. However, never before have they been firm favourites, like they are now. Playing at home, England have arguably their best chance to lay their hand on the trophy. They have a highly impressive line-up of attacking hitters in Jonny Bairstow, Jason Roy and of course Jos Buttler. Of the three, Buttler could be key to the team’s fortunes, given his rich vein of form and ability to complete shut out the opponents. He could be England’s Adam Gilchrist, albeit while not opening.

Versatility in the squad is another strength of the current England squad. While skipper Eoin Morgan has held the team brilliantly since the 2015 World Cup debacle, he is also adept and playing the dual role of accumulator and attacker, depending on the situation. The experience of Joe Root should also come in handy while the all-round skills of Ben Stokes is an added advantage. If there is one weak spot in the England spot, it is perceivably in the bowling department. Chris Woakes and Mark Wood are decent pacers, but can they prove themselves on the grandest stage of all? Also, Adil Rashid and Moeen Ali’s spin talent too would be tested on batsman-friendly surfaces. 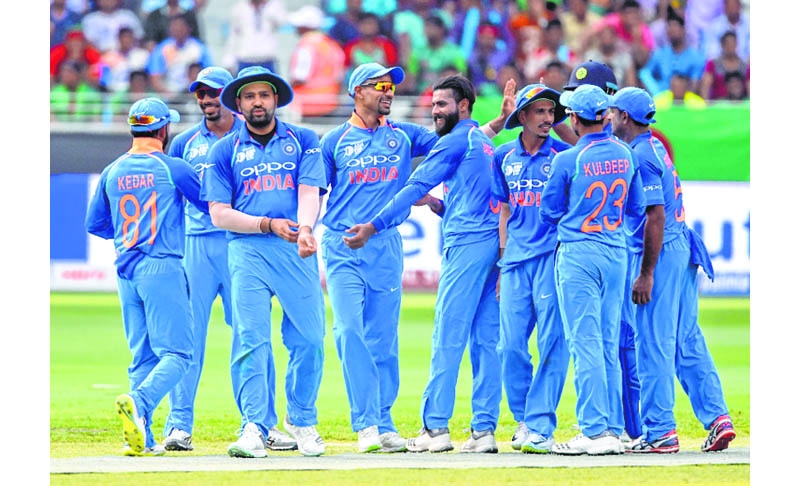 Apart from the hosts, India are also one of the favourites to win the 2019 World Cup. The Virat Kohli-led side has put up some impressive performances in ODIs in the recent past, but the lost to Australia at home in their last series before the World Cup was a setback of sorts. The top three is both the strength and the weakness of the Indian team. If Rohit Sharma, Shikhar Dhawan and Kohli perform to the best of their ability, there is little to stop India from doing well in the tournament. The problem, however, might arise in case their performance is below expectations.

The number four spot is still a bogey area for India. With the selectors preferring neither Ambati Rayudu not Ajinkya Rahane it remains to be seen whether Vijay Shankar or KL Rahul can fill up the spot. It also means the dependence would be heavy on MS Dhoni in case of a batting collapse. As for their bowling, it goes without saying that this India’s best attack in ages at the World Cup, perhaps the best ever. Fans will be really disappointed if Jasprit Bumrah fails to make an impression considering his brilliant exploits over the last few seasons. Mohammed Shami too has been frugal in the recent games while spinners Kuldeep Yadav and Yuzvendra Chahal have troubled most batsmen world over. The only question though is, have India over-exposed their supposed trump cards?

The third team that is also being tipped to go a long way in the tournament is defending champion Australia. This wasn’t a case a year back at the height of the ball-tampering scandal. But, how brilliantly have the Aussies recovered. Steve Smith and David Warner are back in the mix and, more importantly, are in good form. Till a couple of months back, there were major concerns over captain Aaron Finch’s form. But, the opener’s response to pressure has proved the old adage right – form is temporary, class is permanent.

The biggest plus of all, and rather unexpectedly, has been the rise of Usman Khawaja the ODI batsman. While he has been around international cricket for a while, it was in the away series against the Indians that he really came into his own with some stupendous batting performances. However, the decision to drop Josh Hazlewood and Peter Handscomb from the squad was rather baffling. The big-hitting Glenn Maxwell, left-arm pacer Mitchell Starc and Adam Zampa will be the other key performers for Australia to make an impact.