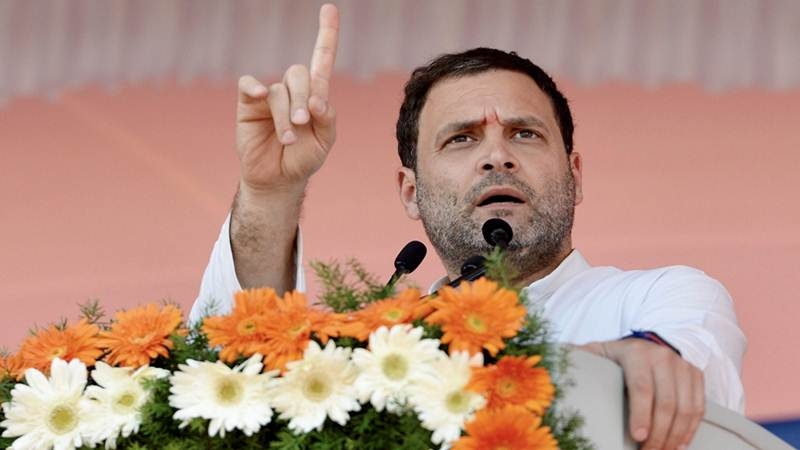 New Delhi: Congress President Rahul Gandhi today hit out at the BJP over its “irrational insistence” to form government in Karnataka despite “not having the numbers” and said that while the saffron party will celebrate its “hollow victory”, India will mourn the “defeat of democracy”.

In his first public comment over the dramatic developments that took place in the state after the Assembly election there threw up a hung verdict, Gandhi tweeted, “The BJP’s irrational insistence that it will form a Govt. in Karnataka, even though it clearly doesn’t have the numbers, is to make a mockery of our Constitution. This morning, while the BJP celebrates its hollow victory, India will mourn the defeat of democracy.”

BJP legislature party leader B S Yeddyurappa was today sworn in as the chief minister of Karnataka for a second time, after an overnight high-voltage legal battle in the Supreme Court which refused to stay his swearing-in. The apex court, which commenced the hearing at 2.11 AM and ended at 5.28 AM, however made it clear that the swearing-in and the government formation in the state would be subject to the final outcome of the case before it. Yeddyurappa has 15 days to prove his majority in the Assembly.

The BJP has 104 MLAs in the House, eight short of the magic figure of 112. On the other hand, the Congress and JD(S), which have already announced post-poll tie-up, have won 78 and 37 seats respectively. Launching a fusillade against Karnataka Governor Vajubhai Vala after he invited the BJP to form the government in the state, the Congress had yesterday dubbed him a “stooge” of the NDA major and accused him of “encountering” Constitution at the behest of Prime Minister Narendra Modi and BJP chief Amit Shah.