When illogic is logical! Learning lessons from TEDxCRCE

Whether it is technological innovations, social activities, business, government or the environment, it is we who have to choose to act upon it. What makes the speakers at TEDxCRCE, different from others is that they took the first step beyond the barrier of what may first seem ‘illogical’ to implement the ‘logical’ explanation, writes Vibha Singh

The most enduring battle is between head and heart; what would be efficient and logical is nearly always trumped by what is messy and illogical. -Antonya Nelson

Thoughts can change our life positively or ruin it. The age-old saying comes true here that the mind- thoughts- can move the mountains. On the other hand pessimistic and gloomy thoughts, can bring us down from our success ladder.  Thousands of people have been inspired by the ideas which are generated during the TED talks organized all over the world.

Inspired by the initiative Fr.Conceicao Rodrigues College of Engineering, Bandra organised TEDxCRCE to share diverse idea-based discussions. This year the theme of the talks was being “Illogically logical.” The speakers who came from varied backgrounds enlightened the audience with their success stories and undying spirit. We bring you the learning lessons from the talks…

Most of the people take their joys and blessings for granted and complaining when they face rough weather. Exactly this was what Raveena had been doing till the time she had not seen the street women struggling in their shanties cooking food in rain and trying to put a shade so that their children did not get wet. That was the time she felt that she has to do something for the society and got the realization that, “We are all interconnected whether we are conscious of it or not. Serving others in the right effort is the best thing we can do too connect to ourselves.”

At a very young age she started helping the people in need and after becoming an actress and achieving the celebrity status. Now she is using her aura for bringing out a positive change in the society which includes working for underprivileged girls to creating awareness on issues of social importance. She called up on corporates to include wider section of people under their Corporate Social Responsibility (CSR) forum.  “A small step of our help can bring a major change in the lives of thousands of underprivileged people living around us,” she said.

Keep exploring the world. Every idea can potentially make it better! Youth are living in a world of opportunities and it is highly possible for them to get distracted. So one should try to maintain a balance between their aspirations and dreams.  Jha expressing his views on managing career growth said, “You may be building a resume. But is your resume truly building you? Or making you vulnerable in the process? That is what one should realise. Also every career needs its pit stops. Some just seem longer. But we should use the stop to reflect, reboot and recharge.”

A person always will have many things that will go wrong while working in a group. So one should correct them. But all of us should also look for that one thing that went well and praise the efforts of colleagues and especially youngsters. Also the youth should learn that a setback is never a bad experience, just a learning curve. They should also learn to say yes to meet new friends, say yes to learn something new. Yes is how you get your first job, and your next job. Also building a career will take decades, and one will get lots of good ideas on which direction to go from many of the professionals who have been down this path.

Innovate and keep practicing to succeed! Follow your passion and your dreams would come true.  A dictum followed by Gaurav whose music background helped him construct the glass harp from scratch when he came to know about the instrument. With immense patience he selected the wooden boards, wine glasses and the other fixtures. The glasses which are of different shapes and sizes are mounted on a wooden board with elastic straps. The level of water in each glass varies according to the sound to be produced, which happens due to resonance effect.

He said in the present competitive world an artist can only succeed if they present something new to the audience. Also an artist who is organized and committed to a disciplined routine of practice and getting better will be successful. It will show in everything they say and do on and off stage. People around them and industry experts everywhere will know that they are serious about their work. 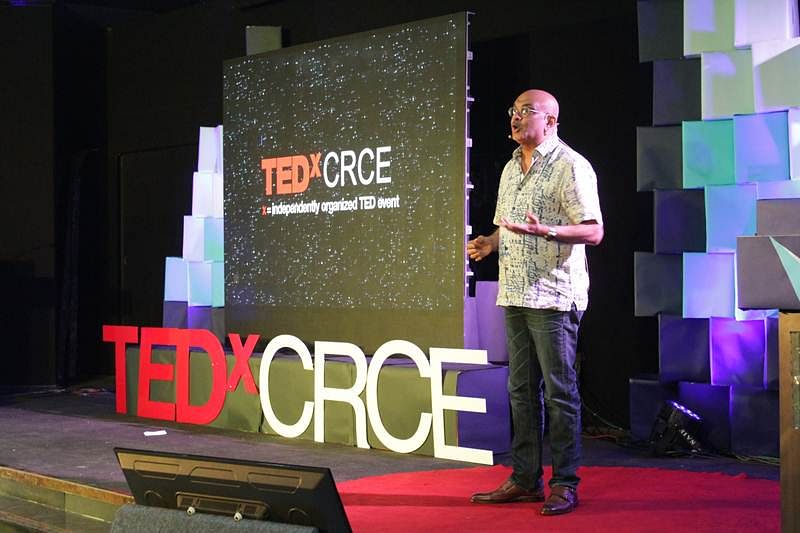 Known for his famous character as Gujju Bhai in “Laage Raho Gujjubhai” which achieved the rare feat of crossing 750 performances in a span of three years. Siddharth is ecstatic and says that, “Audience has loved my character because I am comfortable while doing the role. The funny side of mine has been appreciated because I use my creativity in the best possible forms while on stage and even on backstage.”

Theatre has been his first love due to this reason for past 40 years there has been no looking back for him. Even after facing immense hardships due to financial constraints and acceptance as a theatre professional. He faced all the challenges with a positive attitude. Due to the onslaught of big cinema and digital entertainment, the Gujarati theatre he feels is slowly losing charm. But some people still prefer watching plays because most of them get attached to the character and start living their life with them. Also as an actor he faces the toughest job when he has to make someone laugh as it is very easy to make somebody cry but difficult to bring a smile on their face. But humor he feels comes to him naturally. So as an actor and even as a human being he advises that, “One should be himself and should not prove what they are not.”

Hear the voice of your soul! 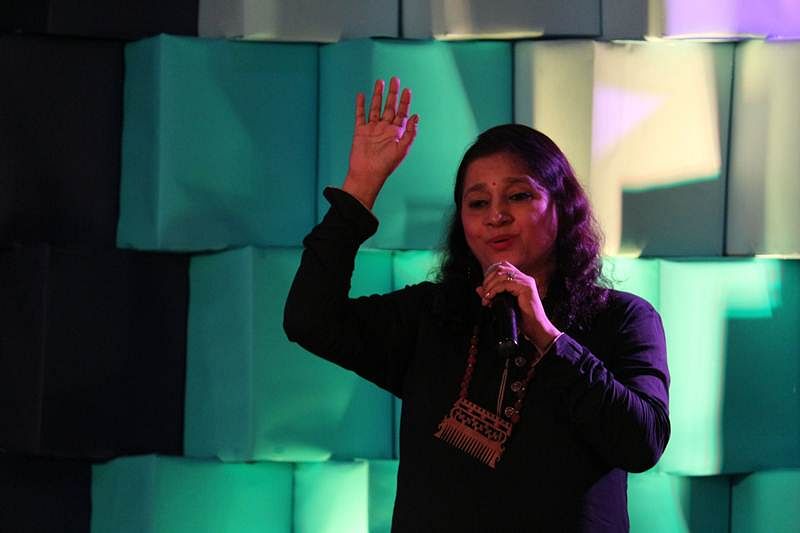 It is the haunting of Sufi music due to which Kavita got connected with it. She has sung bhajans, ghazals and modern songs. But it was when she performed in Muzzafar Ali’s Sufi festival that’s where she discovered the calling of her soul. Her uniqueness lies in being a bit too choosy about the poetry of the track and the songs. According to Kavita, “The song ‘Jeete hai chal’ from Neerja has a good message and it might not have been a massive success but it does have a long shelf life. After ‘Tumhi ho bandhu’ I was offered item songs.”

“They said you have changed your style, so can sing the item number too if you try’. But I can’t sing weird songs because I can’t give my 100 per cent to them,” she adds.

According to her, being choosy limits her choice but she has no regrets. As she believes that if you sing one bad number, you are known for it only. Music is something which affects your inner being and if you are not comfortable with what you are singing then you are not doing justice to your fans. Her husband who was the inspiration behind her success was also her biggest critic who brought out the best in her.