What is Patanjali Paridhan? All you need to know about Ramdev’s swadeshi apparel store 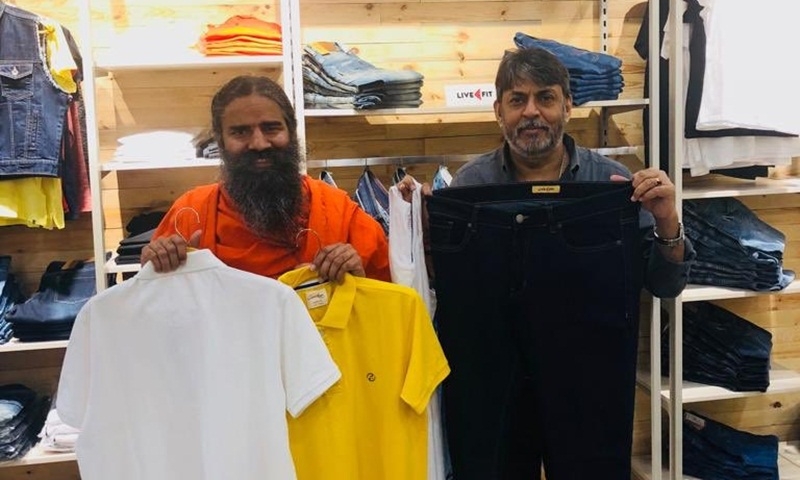 After entering into dairy business earlier this year, Patanjali now aims to get into the garments and clothing industry. Yoga Guru Ramdev-led company, Patanjali, now plans to open at least 100 stores across India by the end of this financial year, with an eye on augmenting Swadeshi products.

Let’s don the ‘Swadeshi Gaurav’. Get these three Patanjali Paridhan products (1 Jeans 👖 & 2 T-Shirts👕) worth Rs 7000 in only Rs 1100 in this festive season. Join our Swadeshi movement to end the loot of multinational companies 🙏 pic.twitter.com/EGbEdmtX87

Inaugurating the first store ‘Patanjali Paridhan’ in New Delhi on Monday, Ramdev said the chemical-free apparel of his company will give a fillip to ‘Swadeshi’ (Made in India) products. “From coat to langot (loincloth), jeans to Indian kurta-pyjama and sarees, every attire of the Indian culture would be available here,” Ramdev told media. He also said that Patanjali Paridhan will support the Khadi India initiative. Filmmaker Madhur Bhandarkar and wrestler Sushil Kumar were present at the launch of the store.

So what is Patanjali Paridhan?