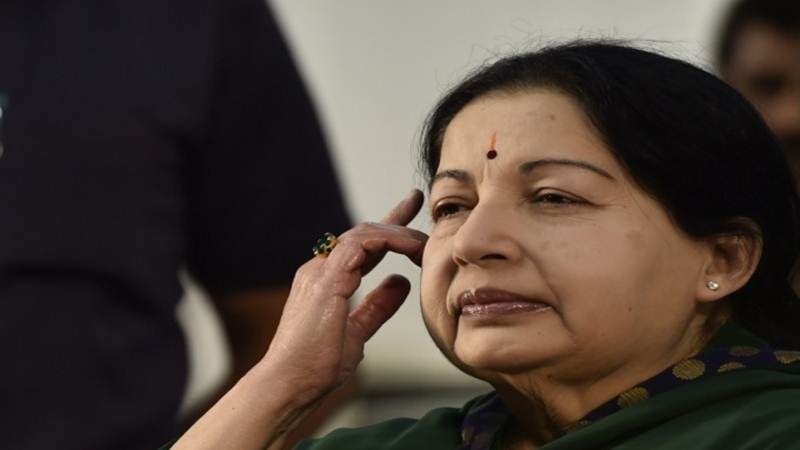 Chennai : Exactly one year after former Chief Minister J Jayalalithaa was admitted to the Apollo Hospitals in an unconscious State and died, a senior minister in the Tamil Nadu Cabinet, Dindigul C Sreenivasan, has claimed that he and others had lied to the people that she was recovering and eating normal diet.

During a public meeting in Madurai late on Friday night, Forest Minister Sree-nivasan, ranked number three in the Cabinet, said with folded hands, “Please forgive us. We all lied saying she (Jayalalithaa) ate idli, this and that, in hospital. It was a lie and none of us actually saw her in hospital. We lied because we did not want to let our party’s secret outside then.”

He said no one was allowed to see her and insinuated that Sasikala was responsible for keeping them away. “They feared that had we been allowed to see her,  Amma might reveal that she was being ‘killed’,” he claimed.

On most of the 75 days that Jayalalithaa was in hospital, several ministers and senior AIADMK leaders, periodically briefed journalists claiming she ate sweets, curd rice and was on normal diet and that she was recovering well.

“Be it even the Governor, who like a commander saved this government or Rahul Gandhi or DMK leaders, everyone was allowed upstairs and then asked to sit in (Apollo Hospitals’ chairman) Dr Prathap Reddy’s room. They told them she was fine,” the minister said.

“We all lied only for the sake of the party. Note this. This is the truth. Everything else that we said then was a like. The circumstances were such then,” Sreenivasan claimed.

Incidentally three months after Jayalalithaa’s death, Sreenivasan had claimed at length that an assortment of AIADMK leaders including himself had repeatedly met Jayalalithaa and interacted with her during her hospital stay. At that time he was countering the charge of then rebel leader and former Chief Minister O Panneerselvam who was seeking a probe into Jayalalithaa’s death. Sreenivasan was in the Sasikala faction then.

Now, following the ouster of Sasikala and her nephew TTV Dhinakaran from the party posts, Sreenivasan said, “We have doubts about Amma’s death. Let them (Sasikala family) clear it. That’s why now the chief minister has announced that a commission of inquiry would be set up to probe her death. I reiterate that we lied about her health earlier for the party’s sake only. Please forgive us.”

Meanwhile, in Bengaluru Dhinakaran told journalists that while Jayalalithaa was admitted to the hospital on September 22, 2016, even Sasikala did not get to see her since October 1, 2016 as doctors wanted to prevent any infection from spreading. He had earlier welcomed the probe into her death.