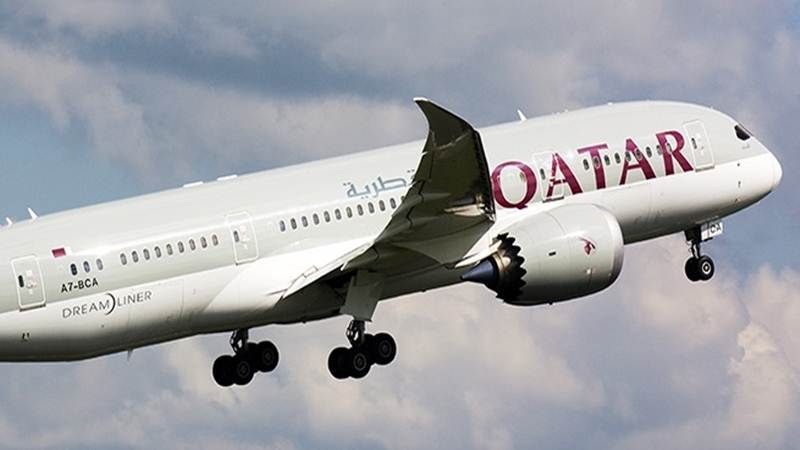 Kolkata: A water bowser hit a stationary Qatar Airways aircraft at Kolkata airport early Thursday when passengers were boarding the plane but no one was injured, an official said. The Boeing 787 Dreamliner, which was to fly to Doha, was immediately grounded for assessing the damage caused by the impact, an Airports Authority of India (AAI) spokesperson said. In a statement, Qatar Airways said a water servicing truck experienced brake failure and came into contact with the plane.

According to the AAI spokesperson, at around 2.30 am, when passengers were boarding the plane, the water cart hit the belly of the aircraft near the landing gear. “All 101 passengers and 12 crew (members), including two pilots, of flight QR 541 have been provided accommodation at a nearby hotel. They will be taking the 3 am flight to Doha tomorrow (Friday),” the spokesperson said. A source at the Directorate General of Civil Aviation (DGCA) told PTI that an inquiry has been initiated into the incident. “We will take corrective measures based on the inquiry report,” he said.

The AAI spokesperson said the bowser was meant to refill the water tanks of the aircraft’s lavatories. Qatar Airways said the aircraft was stationary at its designated gate when a water servicing truck experienced brake failure and came into contact with the aircraft prior to passengers boarding. “All passengers and crew were accommodated in hotels and are being assisted to ensure smooth onward connections to their final destinations. “We regret any inconvenience caused and are doing our best to have passengers on their way,” it added. Initial inspection suggests that the water cart had technical issues, the brake wasn’t functioning properly, she said, adding that the damaged aircraft would be ready for operations after repair.